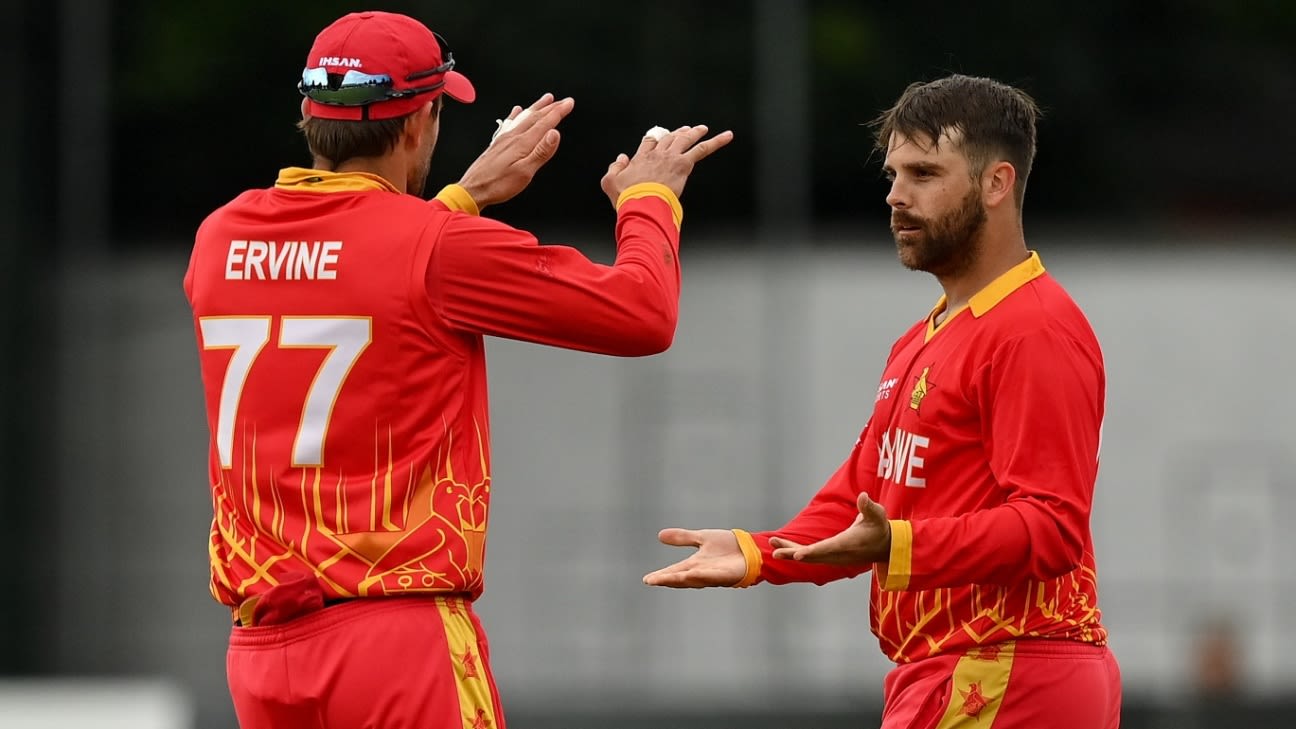 42-overs per side Ireland opt to bowl v Zimbabwe

Ireland asked Zimbabwe to bat first after the final ODI was delayed by two hours and 15 minutes because of morning showers. The match has been reduced to 42 overs a side, and is the last fixture in a series Zimbabwe lead 1-0.

This is also the last international for Brendan Taylor and Sean Williams, who have both made public their intention to retire at the conclusion of this series. Taylor is 110 runs away from becoming Zimbabwe’s top ODI run-scorer.
Ireland made one late change, with Shane Getkate coming in for Craig Young. Zimbabwe made one other change to the team that played in Friday’s wash-out. Ryan Burl, who has recovered from an ankle injury he sustained during the T20Is, replaced Milton Shumba in the XI.

This match is crucial to both teams’ World Cup qualifying hopes. Zimbabwe, who lie 12th, could move into the top 10 with victory while Ireland, who are in seventh place will end up in the top five.