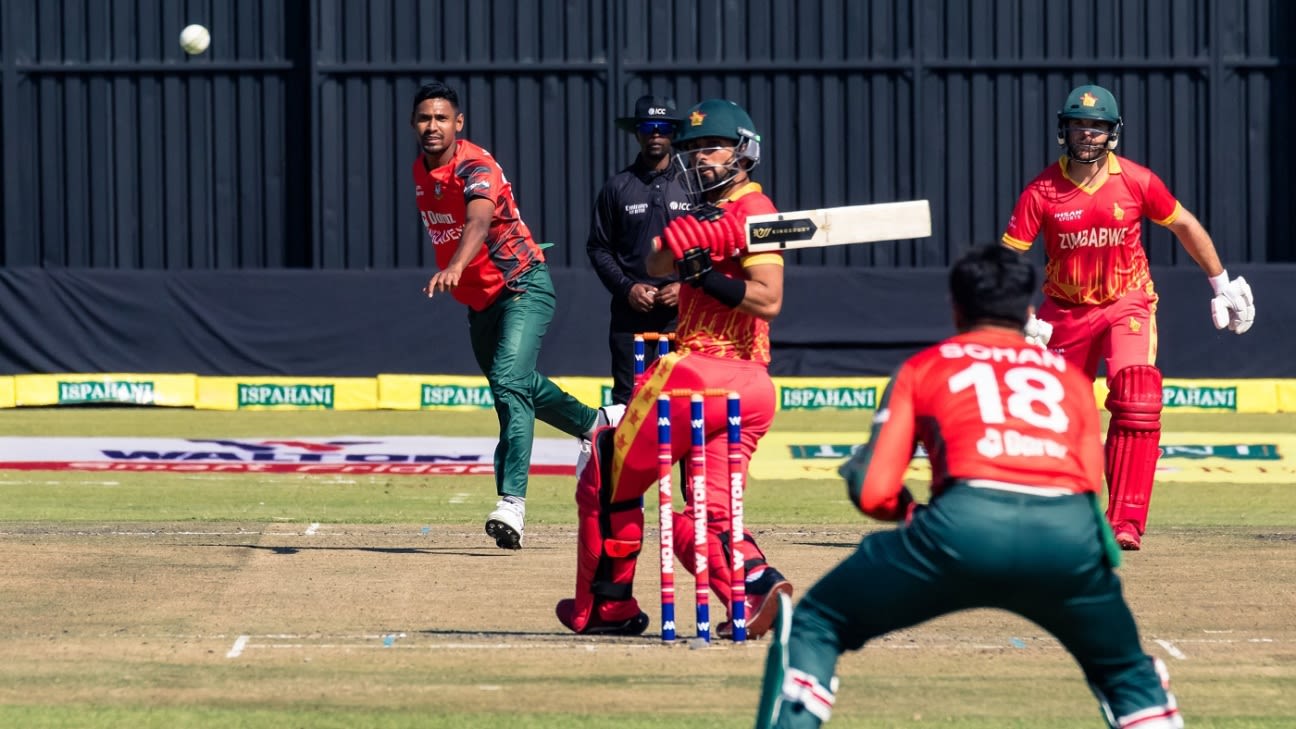 For the hosts, Wellington Masakadza, Richard Ngarava and Tanaka Chivanga made way for fast bowlers Victor Nyauchi and Brad Evans, and legspinner John Masara was making his T20I debut.

The visitors have had an eventful 48 hours leading up to this game. They first lost their captain Nurul Hasan to a finger injury, after the team physio confirmed that he will be out for three weeks. Twenty-four hours before the game, the BCB named Mosaddek Hossain as the captain, which surprised many as the initial thought was that Litton Das, a more established member of the side, would lead the side in Nurul’s absence.

The bigger surprise was for Mahmudullah to be named as Nurul’s replacement in the T20I side, after he was “rested” alongside the other senior players like Mushfiqur Rahim and Shakib Al Hasan from the T20I side. Mahmudullah, who was already in Harare as part of the ODI squad, slid right back into the T20I side.

Debutant Emon is an aggressive left-hand opener who was part of the Bangladesh Under-19 World Cup triumph in 2020. He later struck the country’s fastest T20 hundred during the Bangabandhu Cup later in the same year.