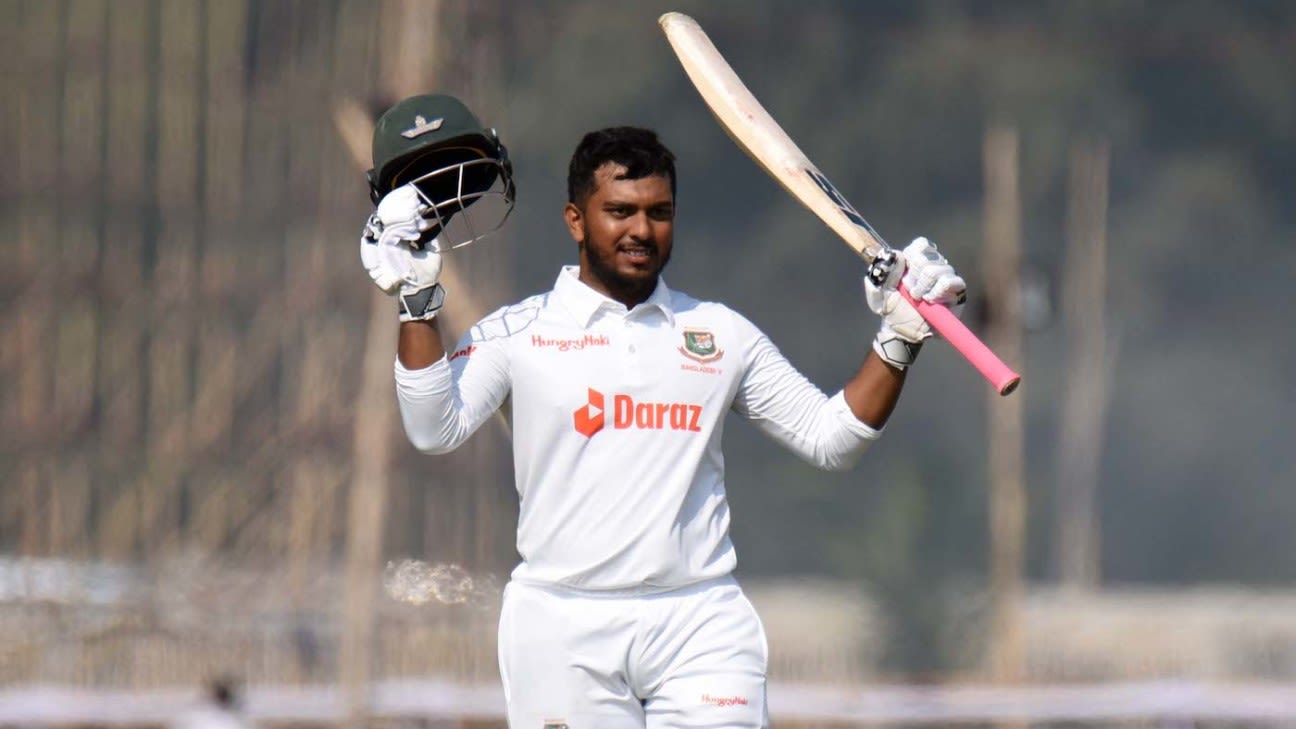 Zakir Hasan played the most significant innings of his career as his 173 single-handedly took Bangladesh A to draw their unofficial Test against India A in Cox’s Bazar.

For 10 hours split over two days, the left-handed Zakir thwarted a bowling attack that had shot out the home side for 112 on the first day of this game.

And by the time he fell, there were only four overs left to bowl on the final evening and Bangladesh A’s No. 10 and 11, Rejaur Rahman Raja and Khaled Ahmed, took them through to safety.

Zakir made his 173 with 16 fours and three sixes, having faced 402 balls. The bulk of these runs came during his 148-run partnership for the second wicket with Najmul Hossain Shanto who made 77. Shanto struck ten fours in his 187-ball stay.

The two left-handers came together in the middle of the third day and were separated only on the fourth morning when Mukesh Kumar trapped Shanto lbw. Mominul Haque (17) and captain Mohammad Mithun (10) put up little resistance but Jaker Ali (16) stuck around for an hour and 44 minutes to give Zakir company.

When Jaker fell to Sarfaraz Khan, left-arm spinner Saurabh Kumar got into the act, taking the next four wickets. He removed Mosaddek Hossain and Taijul Islam for ducks, both caught behind, before clean bowling Zakir and having Nayeem Hasan lbw for five. Raja and Khaled defended the remaining 14 balls to ensure the draw.

Saurabh ended with match figures of 9 for 86 as Bangladesh A came back quite well to draw the game.