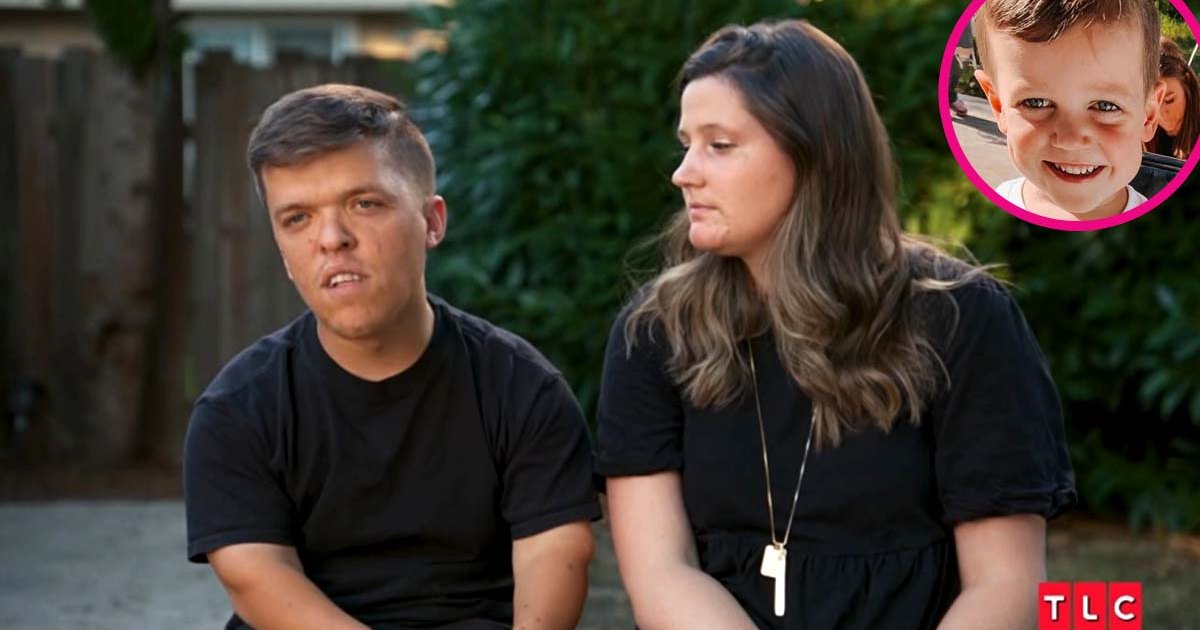 Planning for the future. Ahead of their third child’s birth, Zach and Tori Roloff wonder if their baby boy will have dwarfism — and panic over the thought of parenting three toddlers at once.

In Us Weekly’s exclusive clip from the Tuesday, June 28, episode of season 23 of Little People, Big World, Zach, 32, and Tori, 31, attempt to put together baby Josiah’s room ahead of his arrival, but son Jackson, 5, and daughter Lilah, 2, make it feel impossible.

“One of the kids needs to transition out of this, like, toddler phase. I don’t know, three kids under five is going to be, oof,” Zach says during a confessional interview while Tori agrees. “Being pregnant and making a bed is, like, the most annoying thing.”

In the episode, which was filmed prior to Josiah’s birth in May, the pair can be seen trying to be productive but struggling as the tantrums begin to erupt.

“Jackson is at an age where I think he loves to help, but he’s just not helpful,” Zach explains while Lilah breaks into tears. “We don’t want to discourage them so we say, ‘Fine, you can help,’ but sometimes, it’s just straight up chaos.”

As they work, the TLC personalities discuss Tori’s upcoming doctor’s appointment. “If it’s all measuring on track, can we say it’s probably appetite?” Zack asks, to which Tori replies, “Maybe.”

In a second confessional, the Oregon native reveals that the couple aren’t sure if the new baby will have dwarfism. “I have an ultrasound once a month because they’re tracking it. The baby grows a little more and a little more, and it just becomes more obvious the direction they’re trending in,” she explains to the camera.

The couple, who welcomed their new son last month, exclusively shared with Us in June that Josiah was diagnosed with achondroplasia following his birth.

It’s a condition the Roloff family has worked hard to normalize, since Zach, his children and his parents, Amy and Matt Roloff, also share the diagnosis.

The parents also revealed that they will always use their platform to support people with dwarfism.

“We will definitely be advocates for people with dwarfism because of our kids,” Zach said at the time. “Forever,” Tori added.

Listen to Us Weekly’s Hot Hollywood as each week the editors of Us break down the hottest entertainment news stories!

Everything We Know So Far About ‘Pirates of the Caribbean 6’

Logan Speaks Out After Exit: ‘Bachelorette’ Was Difficult on My Mental Health

Who Is Nicholas Galitzine? 5 Things to Know About the ‘Purple Hearts’ Star

‘Cobra Kai’ Season 5: Everything to Know So Far About the New Episodes

Gabby Picks Her Final 3 as 1 Suitor Gets COVID, Tino Spirals Over Rachel

‘She-Hulk: Attorney at Law’: Everything to Know About the Latest MCU Series

‘Another World’ Cast: Where Are the Soap Opera’s Biggest Stars Now?