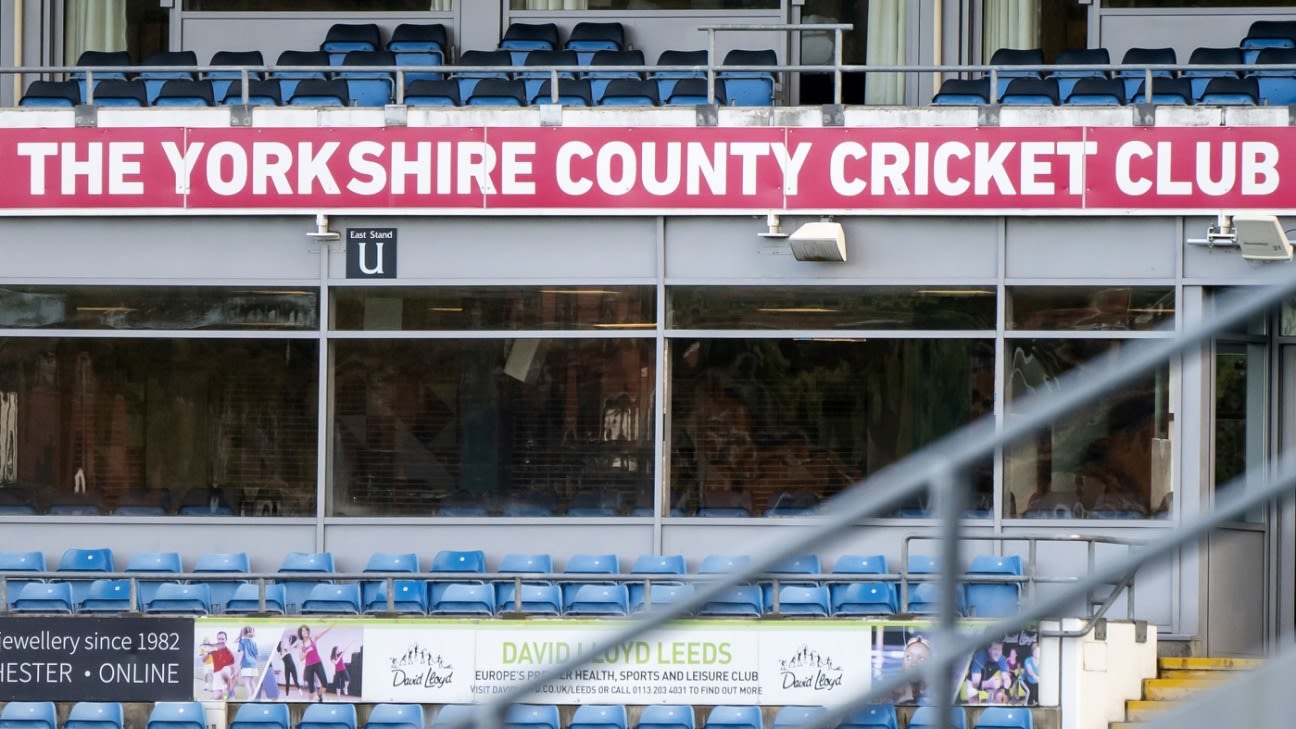 Lord Kamlesh Patel is the likely interim replacement, though former Yorkshire and ECB chairman Colin Graves is keen on another stint

Roger Hutton has resigned as chairman of Yorkshire with immediate effect citing a lack of support from the ECB and a lack of “care and contrition” from senior management at the club.

Hutton, who joined the club in April 2020 after Azeem had left, was the man who called for Yorkshire’s report into the issue and has remained insistent that he wanted to publish its findings. Indeed, it is believed that, in recent weeks, he became convinced that the club would have to sack most of its coaching staff and much of its management team if it was to rebuild with a more healthy culture.

But, thwarted by legal advice and a club management which insisted they had nothing to learn or regret, Hutton was unable to implement the changes he desired. Finally, with politicians blaming him for the club culture and the club management sensing him as the enemy, he stepped down with immediate effect while also calling for the club’s chief executive, Mark Arthur, and director of cricket, Martyn Moxon, to resign. A couple of non-executive directors who remained loyal to Hutton are also likely to announce their resignation today.

“For much of my time at the club, I experienced a culture that refuses to accept change or challenge,” Hutton said in a statement released to ESPNcricinfo. “There has been a constant unwillingness from the Executive members of the Board [Arthur and Moxon are the executive members of the board] and senior management at the Club to apologise and to accept racism and to look forward.

“I am sorry that we could not persuade Executive members of the Board to recognise the gravity of the situation and show care and contrition. I remain disappointed that legal restrictions, including an ongoing employment tribunal, have prevented the investigation report from being published and look forward to the time that everyone can see its recommendations. I hope for it to be published as soon as possible.

“Azeem left the club in August 2018, 18 months before I joined. I have never met Azeem. I know however, that when someone makes claims as serious as his, they need to be investigated and changes need to be made. I would like to take this opportunity to apologise unreservedly to Azeem. The club should have recognised at the time the serious allegations of racism.”

Hutton departs with a swipe at the ECB, too. Early in the saga, he recognised that the club needed to undergo a significant cultural change and reached out to the ECB for help. For various reasons, the ECB declined.

“I want to be clear that when I was made aware of Azeem Rafiq’s allegations, I immediately reached out to the ECB to ask for their help and intervention to support a robust inquiry,” Hutton said. “I was saddened when they declined to help as I felt it was a matter of great importance for the game as a whole. It is a matter of record that I have continually expressed my frustration at the ECB’s reluctance to act.”

With Hutton gone, the stage might have been set for a return for Colin Graves. The former Yorkshire and ECB chairman is keen on another stint at Yorkshire and is insistent that the current management team should remain in place. His family trusts, which are owed somewhere around £18m, retain a veto upon anyone joining the Yorkshire board and are understood to have called for a vote of no-confidence against Hutton a week or so ago. The vote was defeated.

It is understood, however, that there are significant reservations at both the ECB and within the Yorkshire board about Graves’ return. Not only are the ECB increasingly committed to seeing a changing of the guard at Yorkshire, but they feel the return of Graves – who was chairman of the club for much of the period to which Azeem is referring – would do nothing to improve its tainted image.

It is also understood that, should he attempt to return, Graves would be called as a witness by the DCMS committee to answer questions about his first stint at the club and his desire to back the current management.

In that case, it looks likely that a compromise candidate could emerge. Lord Kamlesh Patel, a former ECB board member, who remains close to Graves and the ECB, looks set to be appointed in at least an interim capacity.

If Patel is appointed, it seems he will be charged with engineering a clear-out of coaching and executive staff and attempting a change of culture at the club. Hutton’s departure from the club looks certain to be the first of many.

George Dobell is a senior correspondent at ESPNcricinfo