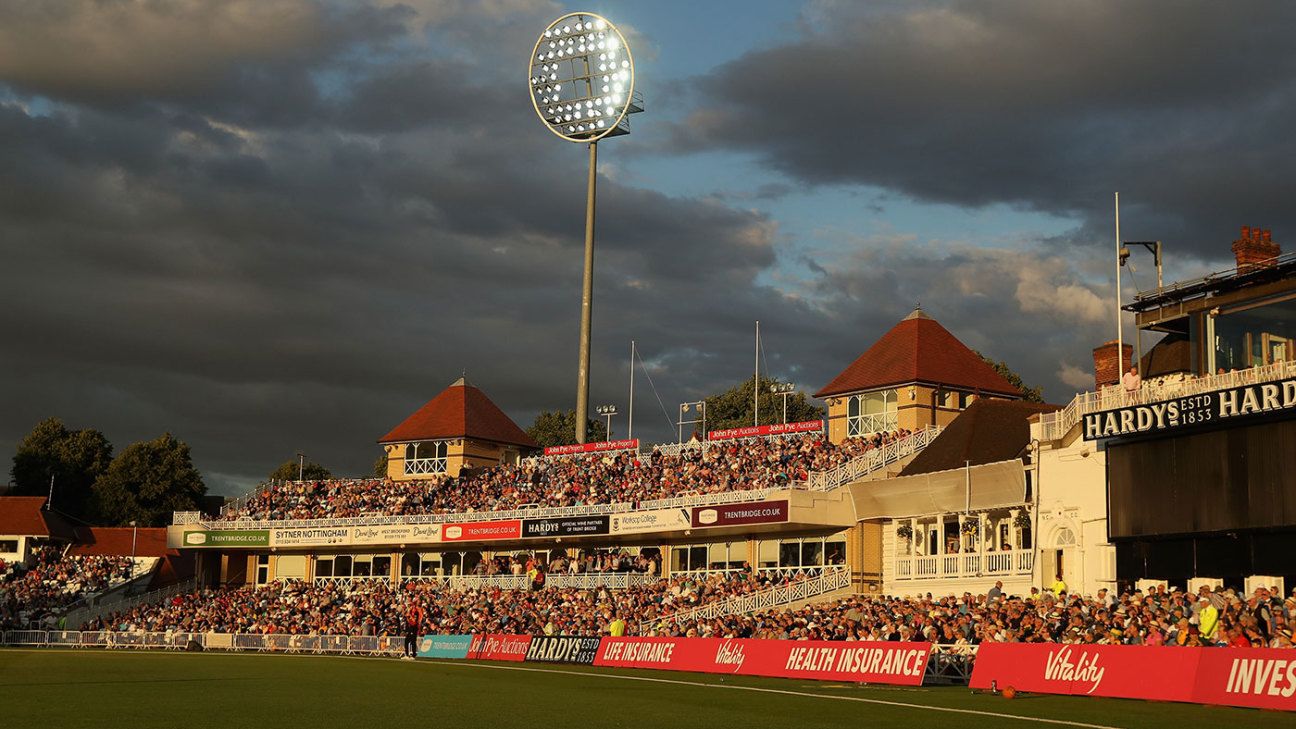 The women’s regional team previously known as Loughborough Lightning has been rebranded as “The Blaze”, following the decision to cut ties with Loughborough University and base the set-up at Nottinghamshire’s home ground of Trent Bridge instead.

The decision, which was confirmed by the ECB in September, means that the East Midlands teams for the Charlotte Edwards Cup and Rachael Heyhoe Flint Cup will be able to train alongside the Nottinghamshire’s men’s squads during the English season, and benefit from Trent Bridge’s facilities – a situation that mirrors the set-ups for the Nottingham-based Trent Rockets in the Hundred.

“There is definitely an extra bit of excitement that comes with training, and being based at, Trent Bridge,” fast bowler Sophie Munro said.

“There is a sense of a fresh start, being somewhere new, wearing new kit and having a new name, but we’ve got a good bond as a group having been together for a while, and that has made the transition pretty straightforward.

“Whilst we have some hard work still to do over the winter, we’re intent on starting positively when the season does arrive.

“The Blaze name itself was a popular choice among the squad, right from when we first found out that the move to Nottingham was on the cards.

“It’s great that we, as players, were consulted on it, and that we can represent a brand which, from the start of the process, we helped to establish.”

Matches during the two regional competitions will also be played at the other first-class venues in the East Midlands – namely Grace Road in Leicestershire and Derbyshire’s County Ground, while the National County, Lincolnshire, is also represented as part of the region.

“We’re really aware of the iconic nature of this stadium and we are inspired by everything it offers,” The Blaze’s Director of Cricket, James Cutt, said.

“We see it as our new home, and it’s really beneficial for us being able to interact with the Nottinghamshire players, coaches and support staff – and hopefully the way we do things can have an impact on the men’s game as well.

“Everybody at the venue has been really welcoming towards us and really inclusive, the training spaces are of a high quality and the pure cricket nature of the venue is something that our squads are absolutely buying into.

“We want to produce cricketers locally from across the East Midlands region and we want to attract players to come and represent The Blaze from elsewhere in the country as well. We believe that being at Trent Bridge can only help both of those facets to develop.”