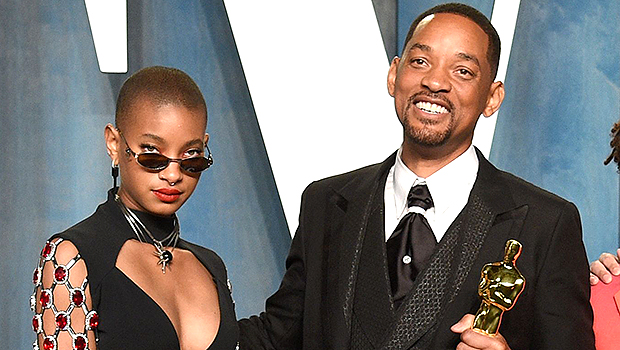 Will Smith rocked the Oscars on Marc 27 when he infamously walked onstage and slapped comedian and presenter Chris Rock. The outrage surrounding the incident hasn’t let up since then, but Will’s famous daughter Willow, 21, has now come to her dad’s defense. “I see my whole family as being human, and I love and accept them for all their humanness,” she told Billboard in an interview published online today (August 5.) “Because of the position that we’re in, our humanness sometimes isn’t accepted, and we’re expected to act in a way that isn’t conducive to a healthy human life and isn’t conducive to being honest.”

Willow’s comments, which were part of a broader interview, come on the heels of her father’s raw apology, delivered via Instagram video on July 29. “I’ve reached out to Chris and the message that came back is that he’s not ready to talk and when he is, he will reach out,” Will, 53, said in part, directly addressing viewers. “So I will say to you, Chris, I apologize to you. My behavior was unacceptable.”

Will Smith: Photos Of The Actor & Rapper

Will added that he “spent the last three months replaying and understanding the nuances and the complexities of what happened in in that moment,” he continued. “And I’m not going to try to unpack all of that right now. But I can say to all of you, there is no part of me that thinks that was the right way to behave in that moment. There is no part of me that thinks that’s the optimal way to handle a feeling of disrespect or insults.”

Willow’s mom and Will’s wife Jada Pinkett Smith, 50, addressed the stunning moment, in comments back in June. “Now about Oscar night, my deepest hope is that these two intelligent, capable men have an opportunity to heal, talk this out and reconcile,” she said in part on a Wednesday, June 1 episode of Red Table Talk. “The state of the world today, we need them both. And we all actually need one another more than ever. Until then, Will and I are continuing to do what we have done for the last 28 years, and that’s keep figuring out this thing called life together.”

Will Smith Siblings: Everything To Know About His 3 Brothers & Sisters