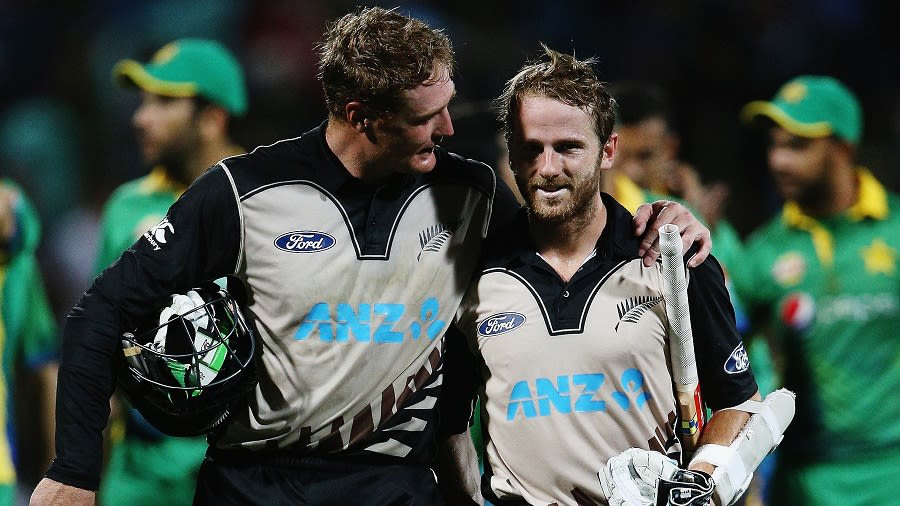 New Zealand captain Kane Williamson has admitted that the team will miss Martin Guptill, who has chosen not to take up a central contract and has subsequently been released by NZC. The 36-year old opener has joined a growing group of New Zealand players looking to explore career opportunities outside the country.

The proliferation of franchise cricket is such that there is a T20 league for virtually every month of the year now, presenting an attractive package for many cricketers. Trent Boult, James Neesham and Colin de Grandhomme have all opted to pursue that line of work leaving New Zealand with a bit of a juggling act.

“Obviously, he has made a decision to explore a few other options,” Williamson said, “But as a player and as an experienced member of the group, he has added so much value over the years and been one of our best white-ball players ever.”

With over 10,000 white-ball runs, Guptill has been a crucial part of New Zealand’s success but they appear to have moved on from him. He didn’t play any of their games at the T20 World Cup and was dropped from the squad altogether for the ongoing India series.

Williamson was appreciative of Guptill taking those calls in stride. “Without getting a playing opportunity, he was outstanding and offering to all the players in the group. So, he’s been fantastic in so many areas of the environment. Absolutely, he will be missed, but like I say he’s not retired. So there’s a lot to keep working through over the next period to get a real feel for how the picture looks.”

It is learnt that Guptill may be in line for a BBL deal with the new season starting in December. Boult already has one with the Melbourne Stars, following which he will be in the UAE playing for MI Emirates. De Grandhomme is retired, the announcement coming soon after his name unexpectedly popped up at the BBL draft earlier this year. Neesham is the only one of the four currently in the team preparing to face India on Friday.

While NZC have stressed that they’d like to give preference to players who are under contract when picking their squads, Williamson understood that the situation has changed and that they have to figure out a way forward that benefits both the team and the individual.

“It’s just trying to strike that balance, like we’ve seen with a few other players who have also sort of looked at some of those other opportunities. It’s a bit of a moving landscape. So it’s trying to weigh that up and look at how it can all work moving forward.

“Guptill hasn’t retired. He is looking at playing some other tournaments while still being available, but like I say, it’s balancing that moving forward. He’s still very motivated to keep playing and getting better. And I think that’s important for all players, even though he has played such a long, amazing career. As a mate and a team-mate over a long period of time, we had a few good chats. And it’s managing that time. As a player, you always go through different periods and you get to different stages, and you’re trying to basically manage that as best you can.”

Williamson himself is facing similar questions, playing and captaining New Zealand in all three formats, but last week he reiterated his desire to keep doing so.