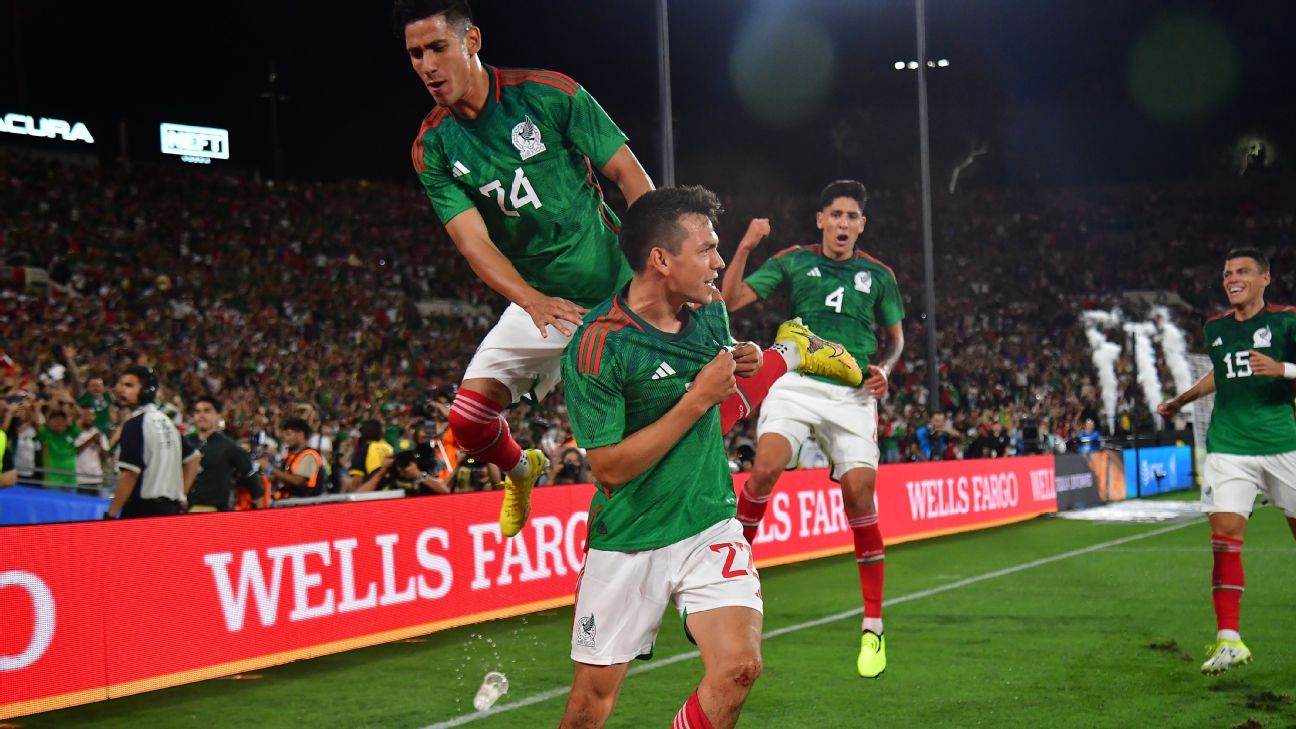 DOHA, Qatar — Following hours, days and weeks of rumors regarding what Mexico‘s final roster will look like, the men’s national team officially announced on Monday which 26 players will head to the World Cup.

In general, most of the roster was fairly predictable and based off a preliminary 31-man list that was revealed earlier this month. Recognizable faces such as Guillermo Ochoa, Hector Moreno, Hector Herrera, Edson Alvarez, Hirving Lozano, Andres Guardado and several other regular call-ups populated the list made by manager Gerardo “Tata” Martino.

That said, in a similar manner that Qatar is scrambling to prepare for the World Cup festivities, the same could be said for a Mexico side that waited until the last minute to announce a final roster that will now face Argentina, Poland, and Saudi Arabia in Group C.

Injury problems and 11th-hour decisions on alternates meant Martino was still considering his final 26 while other nations had already announced their squads for the tournament. But with the list now in, let’s take a look at what we learned from Monday’s Mexico roster release:

No real surprises here. Ochoa, Talavera and Cota were the only goalkeepers added in the preliminary roster, meaning that all other options were essentially out of the running for Qatar.

As for who will start, there is no question that Martino will stick with Ochoa in net for every game possible. Barring an unexpected injury, expect the Club America player to once again be a key figure and game-changer after doing so for El Tri in the 2014 and 2018 editions of the tournament.

There’s a strong Monterrey spine in the backline that is set to feature at least a couple of Rayados players. As an experienced left central defender, Moreno is a guaranteed starter. Alongside him at the heart of defense, Montes, his club teammate, has proven to work well with Moreno and brings some much-needed mobility in defense. The Rayados defensive legion should include Gallardo as well, who has been resurgent for club and country over the last couple of months at left-back.

At right-back, all signs point to Ajax’s Sanchez being given the nod, but recent Liga MX champion Alvarez has been near-perfect in 2022 for Pachuca. And this quartet will have keep it up considering Mexico are in a group that has top-notch goalscorers like Lionel Messi and Robert Lewandowski.

Gab & Juls preview Group C at the 2022 World Cup, with Argentina expected to cruise into the knockout rounds.

In spite of not making the final cut, the future remains bright for up-and-coming players such as Lara, Araujo and Reyes. Martino went with more seasoned options in his World Cup squad, leaving these and all other U23 players out of the picture.

Alvarez, who is going to turn 24 in January, will be the youngest call-up for Mexico in Qatar.

Once considered a guaranteed trio in the midfield, there are now no certainties that Guardado, Alvarez or Herrera will be go-to starters. Guardado’s energy has decreased in his mid-30s and Herrera has struggled to claim regular minutes in MLS after a recent injury. Alvarez appears to be the only in-form starter of the three, but he could also be dropped from the XI after Martino experimented in Mexico’s 4-0 friendly win over Iraq last week that didn’t feature a true defensive midfielder.

This will undoubtedly land opportunities for significant minutes and possibly starts for a younger generation of options like Gutierrez, Chavez and Rodriguez.

Much will be made of a Liga MX best XI-caliber player such as Sanchez being left out, but like Lara or Araujo, the 23-year-old is one to watch for the future.

Lozano will unquestionably be in the XI on either the left or right wing, but who else will start opposite him?

Herculez Gomez and Sebastian Salazar debate the biggest storylines and break down the best highlights that soccer in the Americas has to offer. Stream on ESPN+ (U.S. only)

Martino has a propensity to give plenty of minutes to Antuna, although he might be better suited as a pacey second-half substitute. Vega is a well-rounded option, as is Alvarado, and yet Pineda’s creativity and explosiveness could sneak him into that starting spot.

This all wouldn’t be a debate if Corona didn’t suffer a fractured fibula earlier this summer that eventually ruled him out of the World Cup. Lainez was initially in the running for his position, but after a lack of minutes for Braga in Portugal, the speedy 22-year-old was controversially left out of the final roster.

Dual-national Zendejas, on paper, should have been in the picture as a Corona replacement as well. That said, complications with his eligibility for Mexico has placed his role with the national team on hold.

In a race to fully recover from a groin injury, Jimenez’s inclusion was a last minute decision by Martino. As long as he’s healthy he should be in the XI, but if not, it’s up in the air if either Funes Mori or Martin will take the leading role. While Funes Mori was impressive through his performance and goal in win over Iraq last week, Martin is more in-form at the club level after collecting 13 goals and 6 assists in 21 appearances for Club America last season.

Having the current joint top goalscorer in the 2022-23 Europa League would seem like an easy addition to the final World Cup roster, but Martino instead earned plenty of criticism for leaving out Feyenoord’s 21-year-old Gimenez from the squad.

Hernandez, Mexico’s all-time leading goalscorer, was also in the conversation, but behind-the-scenes issues with the national team were never resolved. The LA Galaxy striker last played for Martino’s side in late 2019.