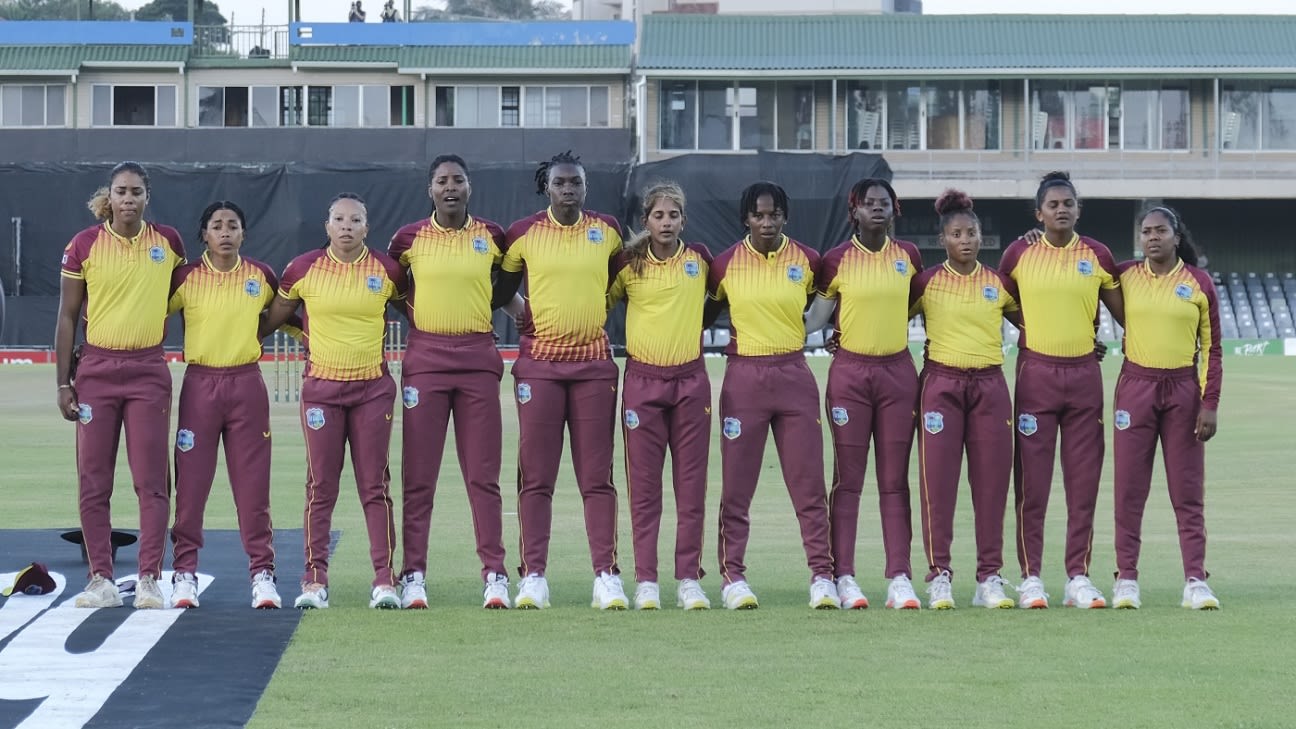 West Indies captain Hayley Matthews won the toss and chose to bat in their women’s T20I tri-series match against South Africa.
South Africa made three changes to the side that won against West Indies in their previous clash. They handed a T20I debut to right-arm seam-bowling allrounder Annerie Dercksen and brought in opener Tazmin Brits and fast bowler Tumi Sekhukhune, leaving out Delmi Tucker, Anneke Bosch and Ayabonga Khaka. Left-hand batter Lara Goodall couldn’t find a spot in the XI, while Shabnim Ismail continues to be on the sidelines.
West Indies made only one change to the side that lost to India, benching middle-order batter Chedean Nation for offspinner Sheneta Grimmond.

West Indies need to win both their remaining matches in order to be in with a chance for making the final.