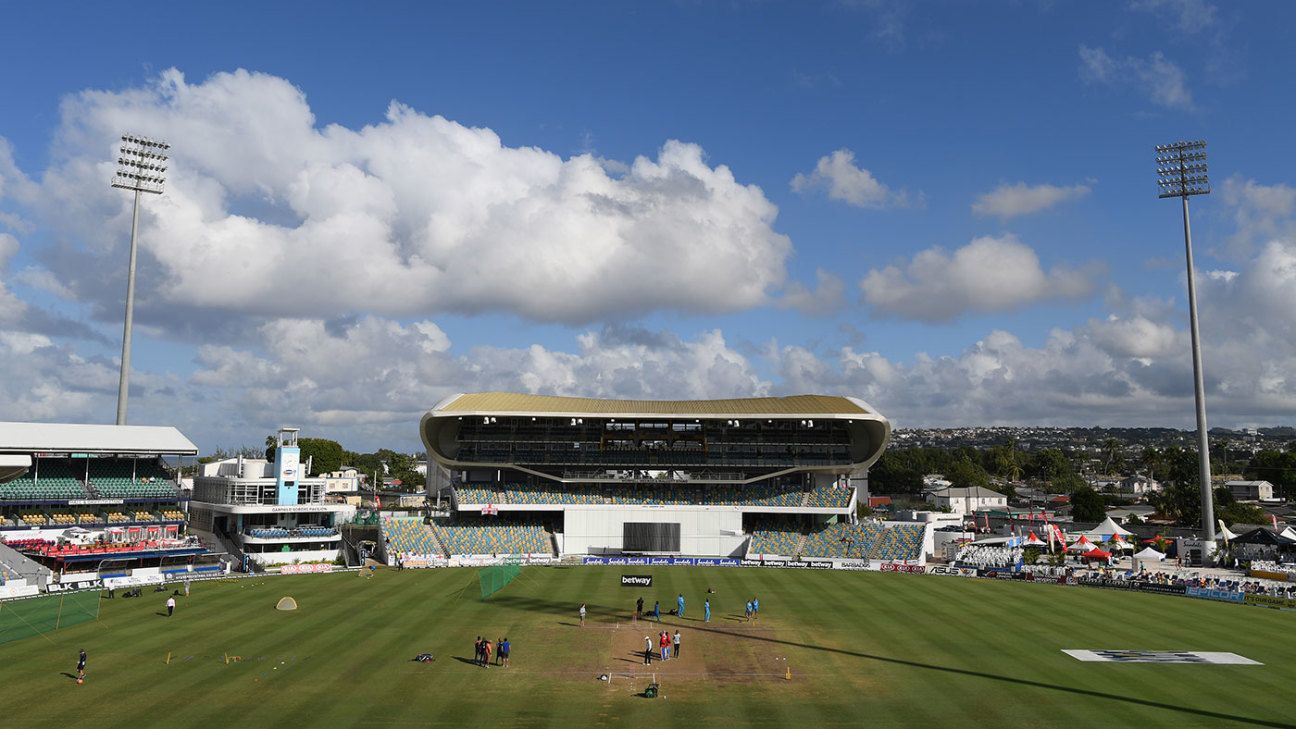 Players, match officials and TV crew will now be isolated in the hotel and retested

The second ODI between West Indies and Australia was postponed moments before the first ball after a positive Covid test emerged from the West Indies camp.

The toss had taken place and teams named when the test result came through sending both squads, match officials and TV crew into isolation.

“The second CG Insurance ODI between West Indies and Australia has been postponed due to a positive COVID-19 test result from a non-playing member of the West Indies staff,” a CWI statement said. “This decision was taken after the toss at Kensington Oval once the result was known.

“The established COVID-19 protocols stipulate that all members of both teams and match officials will return immediately to the team hotel and will be re-tested later today. They will remain in isolation in their hotel rooms until their PCR-Test results are returned.

“A decision on when the match will be replayed will be made at a later date once all the test results are confirmed.”

Johnny Grave, the Cricket West Indies CEO, said that it was hoped that the results of the fresh round of tests would be known by Friday morning.

A Cricket Australia spokesman added: “The Australian squad has returned to the team hotel and is in in-room isolation. No further comment will be made at this stage.”

The status of the current game, given the toss had taken place, remains to be confirmed.

The events will put the remainder of this series in doubt with the final ODI scheduled to take place on Saturday and will also throw uncertainty over Australia heading to Bangladesh for the five-match T20I series which was confirmed yesterday.

After this series West Indies are due to face Pakistan in a five-match T20I series followed by two Tests. Pakistan arrived in Barbados, where the first two T20Is are scheduled to be played, on Wednesday after their tour of England.

Australia set to tour Bangladesh for five T20Is in August

Who’s in mix, getting closer and years away?