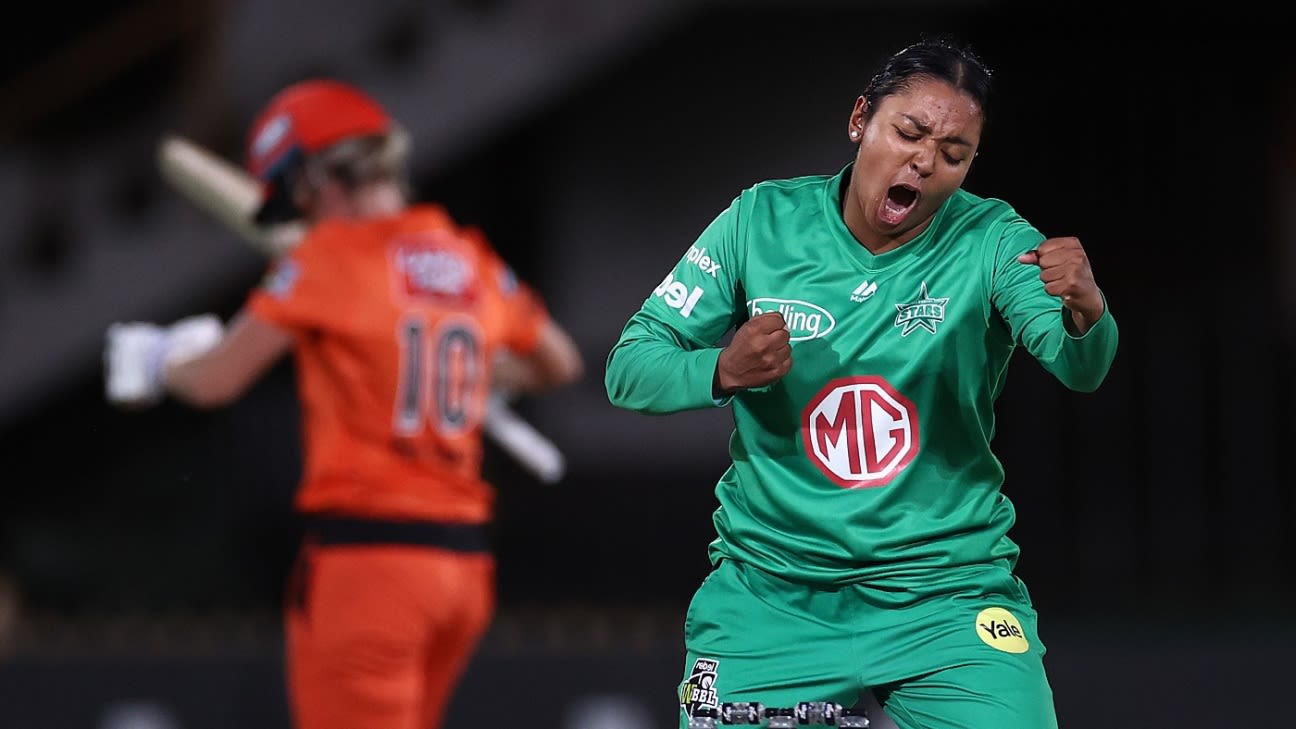 Two of the WBBL’s leading spinners have moved teams ahead of the 2021-22 season. Molly Strano, the top wicket-taker in the tournament’s history, has left Melbourne Renegades to join Hobart Hurricanes and legspinner Alana King, who was a central figure in Melbourne Stars reaching last year’s final, has signed with Perth Scorchers.

For both Strano and King the WBBL moves follow their interstate switches with the pair having joined Tasmania and Western Australia respectively.

Offspinner Strano, who was part of the Australia’s T20 World Cup squad last year, is the only bowler with over hundred wickets in the WBBL (104 at 18.74).

“I made my decision to come to the Tigers a while ago now, but when it came to deciding where I was going to play my WBBL cricket it was something I had to think long and hard about, and was one of the hardest decisions I’ve had to make,” she said.

“Moving down to Tassie was a big decision for me, so I decided to embrace the move wholeheartedly, and play for both Tasmanian teams. I’m looking forward to throwing myself in the deep end and learn what I can from this new environment, and I’m really excited for this next chapter of my cricketing career.”

Meanwhile, King will now be playing for the side she had a huge role in putting out of last year’s WBBL in the semi-finals where she claimed 3 for 16 in the semi-final – taking out the powerhouse top three of Sophie Devine, Beth Mooney and Amy Jones – while she also showed her power with the bat down the order striking at 187.87 during the season.

“Last season we saw first-hand the influence she can have on a match, her wrist spin can change a game while her power with the bat can swing momentum at the end of an innings too,” Scorchers head coach Shelley Nitschke said.

The Scorchers also confirmed that Devine, who has been player of the tournament in the last two seasons, will return to the club. It gives them a very strong-looking top order alongside Mooney and Sri Lanka’s Chamari Athapaththu.