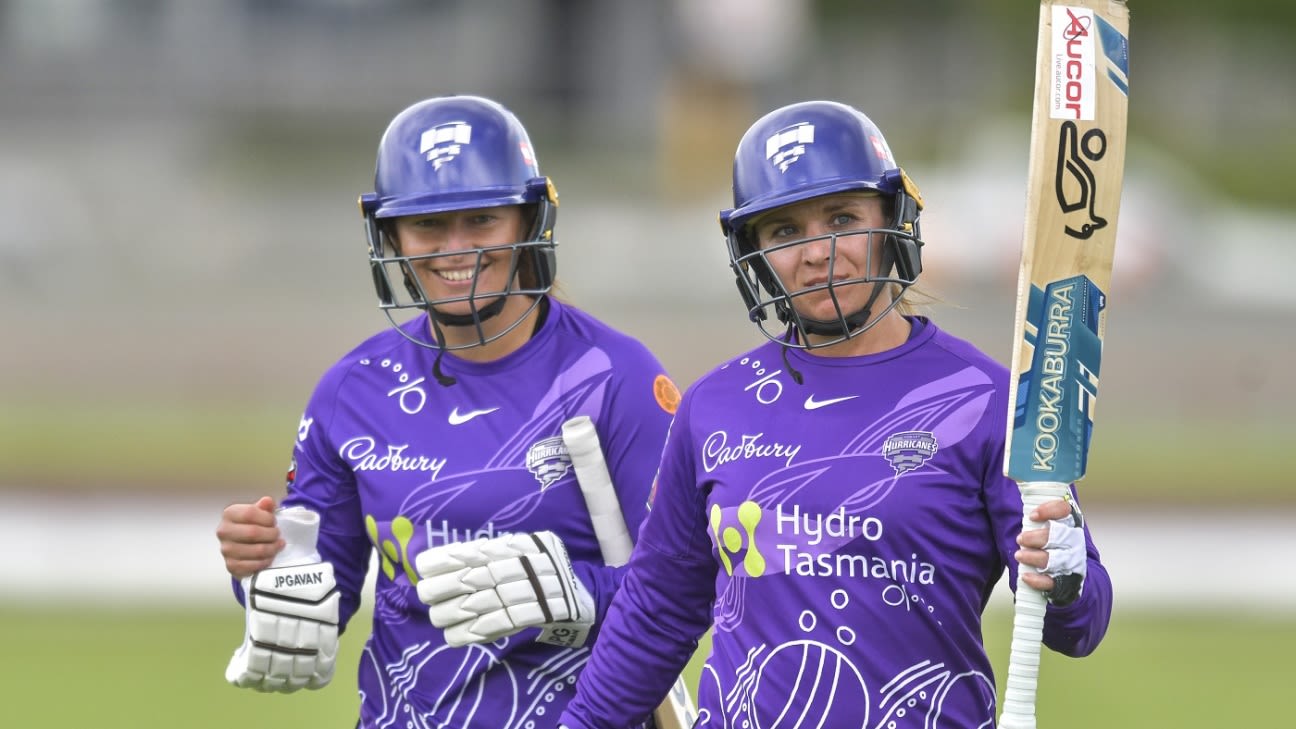 A Mignon du Preez half-century lifted Hobart Hurricanes to a 38-run win over Melbourne Stars and edged them to within one victory of ending the WBBL’s longest-running finals drought.

In a crucial round match at La Trobe in northern Tasmania, Du Preez hit 50 to help the Hurricanes to 152 for 7.

The result all but ends Stars’ hopes of reaching the finals, now needing to win their last two games and have results go in their favour to qualify.

But the scenario is far better for Hurricanes with two rounds left. They sit third on 15 points, two points clear of Perth Scorchers and Adelaide Strikers in fourth and fifth, respectively.

A win over Strikers on Friday at North Sydney will be enough for them to return to the finals for the first time since the second edition in 2016-17. They also enter that match in form, with wins from four of their past five games.

After they got off to a flyer on Wednesday through Lizelle Lee (24), Du Preez held Hurricanes’ innings together as wickets fell through the middle and late overs. Patient when required to be, South African Du Preez helped Hurricanes take 26 from the final three overs with a big six off Sophie Day late.

Nicola Carey also chipped in with 27 from 18, before the 18-year-old English star Alice Capsey gave Melbourne hope with bat and ball. The offspinner claimed 2 for 14 off her three overs, then kickstarted Stars’ innings with 38 from 26 balls after hitting 80 not out against the same opposition on Tuesday.

But when she picked out Rachel Trenaman at long-off with the score at 1 for 59 off Ruth Johnston, Stars’s chase went with her. They went 46 balls without a boundary as spinners Johnston, Maisy Gibson, and Amy Smith on her 18th birthday took control.