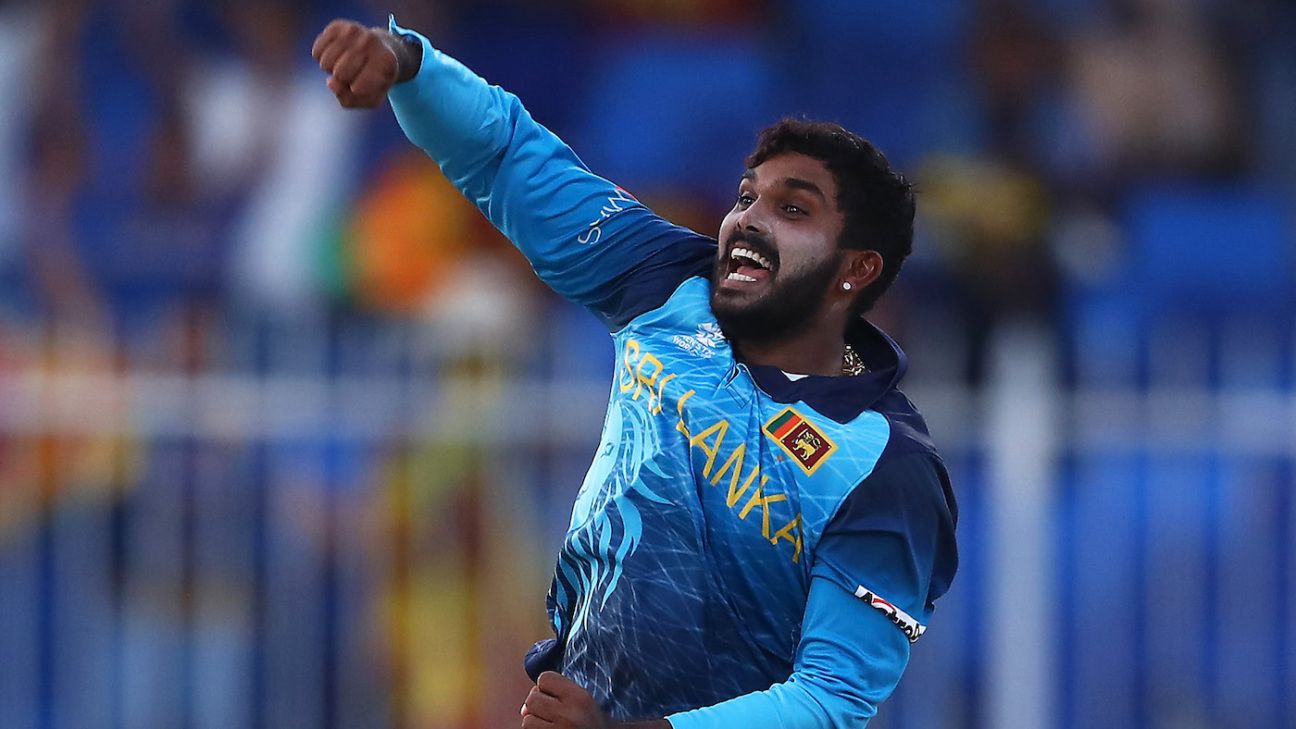 Sri Lanka captain Dasun Shanaka has hailed Wanindu Hasaranga as a future superstar after the legspin-bowling allrounder took 2 for 19 to help knock West Indies out of the T20 World Cup.

“He’s a gem and he’s a superstar in the making,” Shanaka said at the post-match presentation. “You know he has just started off his career. We have a lot of cricket to be played and we have to protect him as well. As a captain, I’ve backed him at every situation from the start and he’s a real prospect for world cricket.”

Sign up for ESPN+ and catch all the action from the Men’s T20 World Cup live in the USA. Match highlights of Sri Lanka vs West Indies is available here in English, and here in Hindi (USA only).

Sri Lanka have had other heroes as well in the tournament. Charith Asalanka and Pathum Nissanka, with 231 and 221 runs respectively, are currently the World Cup’s leading run-scorers. The two batters combined to add a 91-run second-wicket stand off 61 balls, which carried Sri Lanka to 189 for 3. Shanaka foresees a bright future for these two youngsters as well.

“I knew they had potential a long time back,” Shanaka said. “They have worked damn hard for this and I think they’ve got a long career ahead of themselves and a lot of good cricket to come. I feel they have a special place in every team.

“I think the team is going in the right direction at the moment and fans have been following us for a long time. They wanted victory, but they supported us throughout whether we lose or win. So, we should thank every fan over here and everywhere in the world.”

Asalanka had played just three T20Is before this World Cup but has now made a name for himself with his muscle and timing at the top of the order.

“Before this World Cup, I hadn’t played much T20 cricket,” Asalanka said. “But, I’ve just been asking senior players questions and I just want to keep getting better and better day by day. It feels great. Always glad to have a half-century and a match-winning knock for my country.”

“I was waiting for five years and did a lot of hard work to come into the national side,” Asalanka said. “It has paid off and I just want to work hard till my career ends and want to win more matches for my country.”