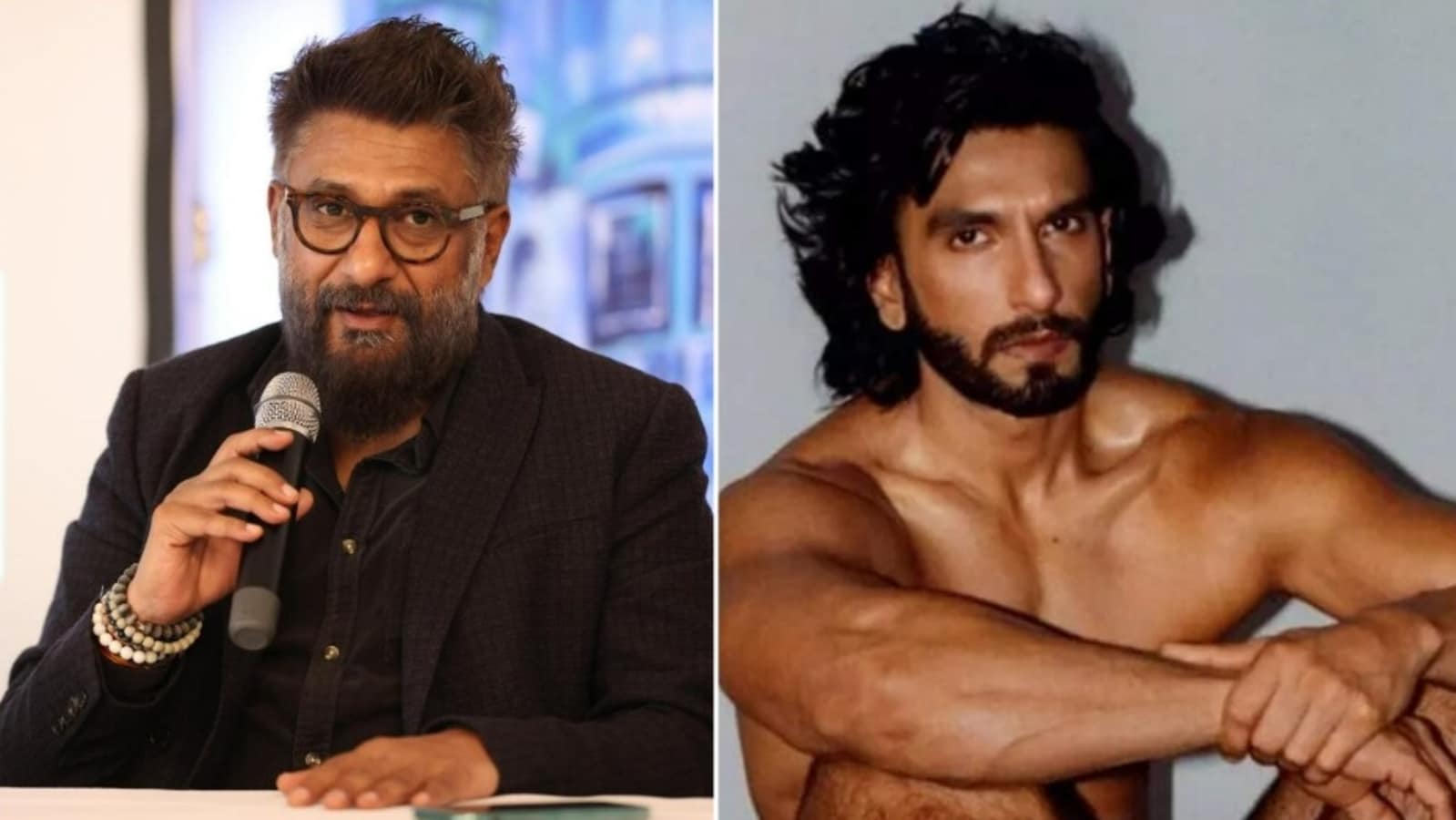 Ranveer Singh’s nude photoshoot became national news after multiple FIRs were filed against the actor for posing without clothes in a recent photoshoot. Now, filmmaker Vivek Agnihotri has reacted to a police complaint against the actor and termed it ‘very stupid’. Calling it an ‘amusing case’, the filmmaker questioned how the ‘sentiment of women is being hurt’ by Ranveer’s nude pictures. Read more: Swara Bhasker calls FIR on Ranveer Singh over nude photoshoot ‘foolishness’

After Ranveer Singh’s pictures from his Paper magazine cover photoshoot dropped on July 21, reactions started pouring in from all quarters. While some praised the actor for being ‘brave’, others criticised him for baring it all. Moreover, two separate FIRs were filed with Mumbai Police against Ranveer for obscenity and hurting sentiments. One of the complaints stated that the actor had hurt the sentiments of women and insulted their modesty through his nude photographs.

Reacting to the complaint, Vivek told Aaj Tak in a recent interview, “It is a very stupid FIR. This is such an amusing case, which is getting attention without any reason. It is written in the FIR that the sentiment of women is being hurt. Now tell me, when there are so many nude pictures of women, does it hurt the sentiments of men? This is such a stupid argument.”

The filmmaker, whose recent film The Kashmir Files was one of the biggest hits of 2022, further defended Ranveer for choosing to do a nude photoshoot and said that the human body was the ‘most beautiful creation of God’. Vivek added that there’s nothing wrong with a nude photoshoot, and people getting offended by it display ‘very conservative thinking’, something the filmmaker does not support.

“Human bodies have always been appreciated in our culture. I would say that the human body is the most beautiful creation of God. What’s wrong with that? I do not like such things. It shows very conservative thinking which I do not support,” Vivek said.

Earlier, actor Swara Bhasker had called the FIR against Ranveer over his nude photoshoot ‘foolishness’. Quoting a tweet about the charges filed against Ranveer in the case, Swara had written, “Unbelievable foolishness and unemployment is rampant in our country!” A few days ago, Swara had also reacted to the debate around Ranveer’s pictures, and tweeted, “Daily cases of injustice & oppression in India, but sure.. our outrage is reserved for @RanveerOfficial’s photos! I mean, seriously… don’t like it, don’t look at it! Not your cup of tea, don’t drink it! But don’t ‘thopo (impose)’ your preferences on us! And no, this isn’t a moral issue!”