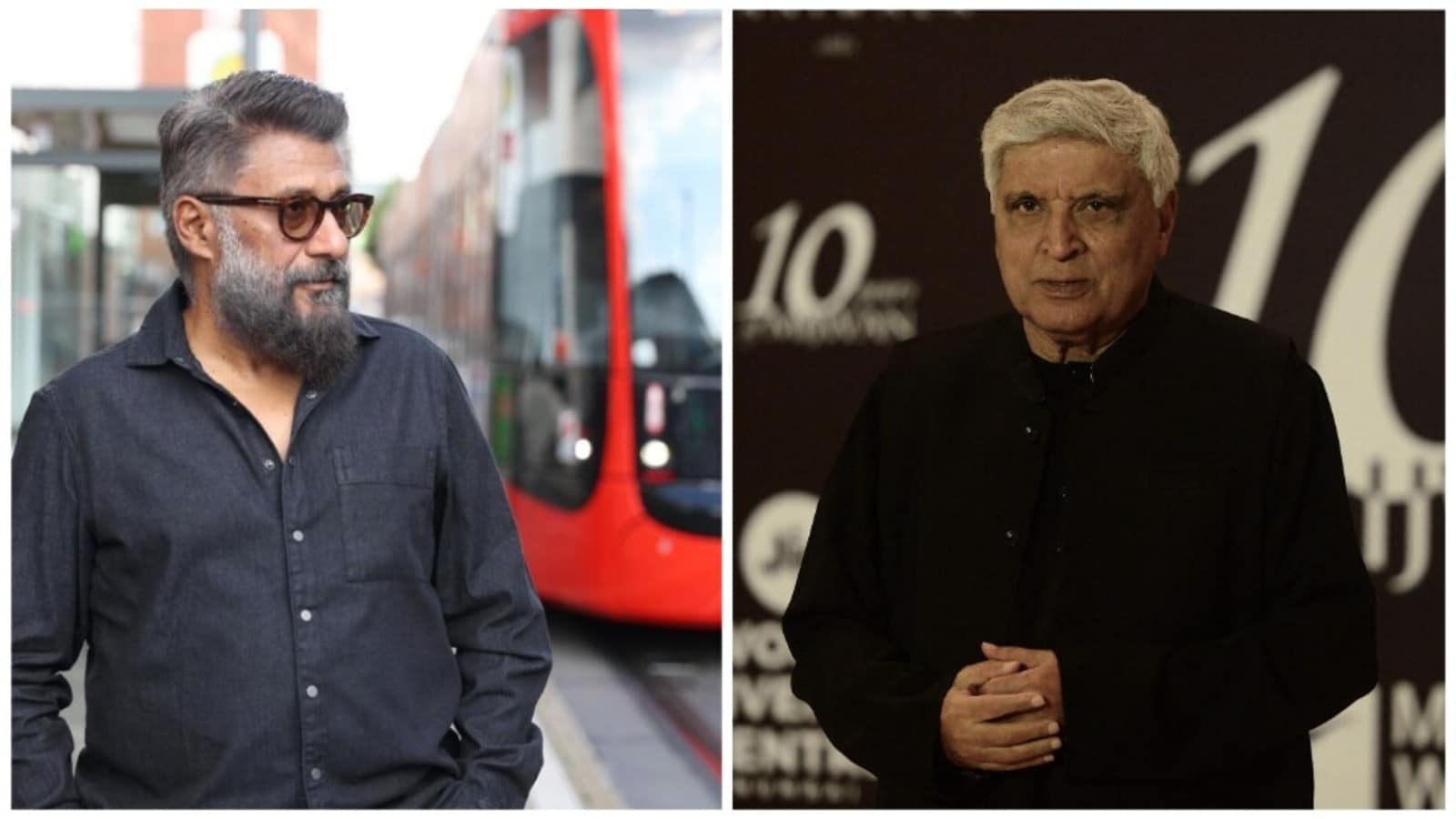 Filmmaker Vivek Agnihotri, who shot to fame with his hit movie The Kashmir Files has shared a few rare words of praise for famous lyricist and writer Javed Akhtar. The director was speaking about how distant the filmmakers and writer have become to the real issues of India, when he praised the work of Javed Akhtar. (Also read: Vivek Agnihotri: Ayan Mukerji can’t pronounce ‘Brahmastra’)

Javed Akhtar has written songs for hundreds of movies, delivering hits such as Lagaan, Border and others. Before that, he had teamed up with Salim Khan and together, they wrote hits such as Sholay, Deewar and more.

During a live chat with The Cārvāka Podcast on Friday, Vivek spoke about how Javed stayed true to the Hindi language in Lagaan. “Even a man like Javed Akhtar, the bhajans he wrote for Lagaan were pure Hindi. ‘Madhuban mein Radha..’ there is not a single Urdu word in it. Because these were well-read, intelligent people who were tied to the roots of India. He may be a communist, he may fight against the right-wing, it doesn’t matter,” he said.

He also praised his films and the characters of angry young men fighting a corrupt system. “All of Javed Akhtar’s heroes, all of them were either a labourer’s son, a teacher’s son and he would fight a dacoit or a mill owner or a zamindar. He would fight a corrupt police inspector or corrupt MLA. In which movie of recent times would you find MLAs, MPs, Police inspectors, IAS officers as the villains? It’s as if India has no issues at all. The only issues are whether you are sleeping with this person or that person. That’s where they have brought Bollywood,” he said.

While he praised Javed, he also bashed the current, younger crop of filmmakers such as Karan Johar and Ayan Mukerji. He suggested that Ayan doesn’t even know the pronunciation of ‘brahmastra’, the title of his upcoming movie and Karan puts in scenes in his movies that make fun of the LGBTQ community.