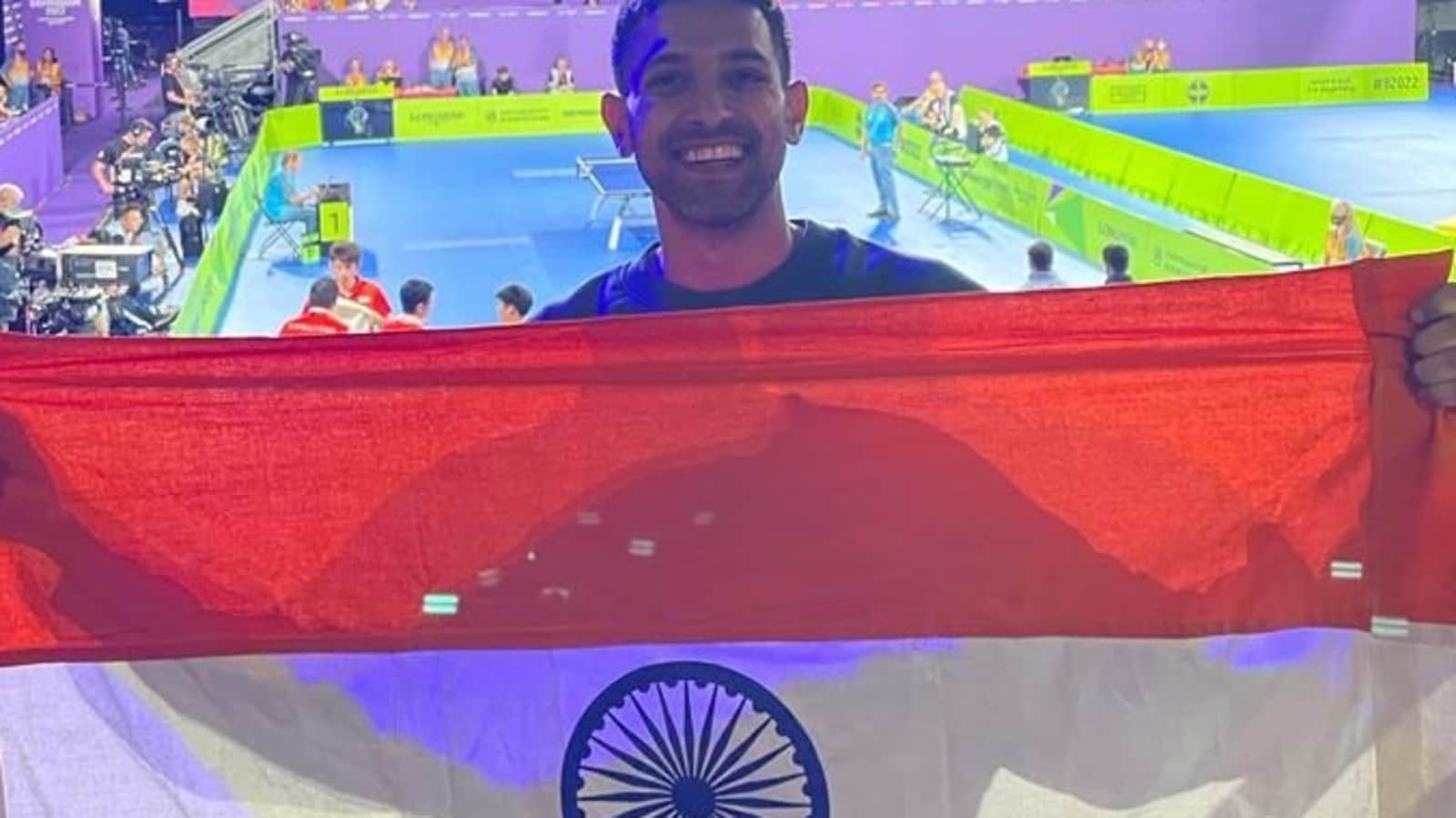 Vikrant Massey took to Instagram on Tuesday and shared pictures of himself cheering for Indian athletes at the Commonwealth Games 2022. He is currently in Birmingham where the games are being held, boosting the morale of Indian players. He wore a grey coloured suit and accessorised with a watch in pics he shared from the Games Village. In pictures shared by his team, Vikrant was also seen inside the table tennis arena cheering for the Indian team in their gold medal match. Also read: Vikrant Massey says he got his first break outside a washroom in Mumbai

Vikrant Massey captioned his post as, “Always a great time in my @longines La Grande Classique. Time to celebrate our Gold Medal wins #cwg2022 @longines.” Reacting to his pictures, comedian Saloni Gaur wrote, “Classy.” One of his fans commented, “Why so handsome.” Many of his dropped heart emojis on his post.

In pictures shared by Vikrant’s team, the actor posed with the Indian tricolour at the gold medal match for the Men’s Team Table Tennis match on Tuesday. The arena was visible in the background. The Indian men’s table tennis team–comprising of Sathiyan Gnanasekaran, Harmeet Desai, and Sharath Kamal defeated Singapore to win the gold medal at the Games on Tuesday.

Vikrant made his television debut in 2007 with Disney Channel India’s Dhoom Machao Dhoom. He later appeared in several shows such as– Dharam Veer, Balika Vadhu, Baba Aiso Varr Dhoondo. In 2013, he made his Bollywood debut with Ranveer Singh and Sonakshi Sinha’s Lootera. He later appeared in Dil Dhadakne Do, A Death In The Gunj, Lipstick Under My Burkha, and Dolly Kitty Aur Woh Chamakte Sitare, among others.

He was last seen in Forensic: The Truth Lies Within. Apart from Vikrant, the film also stars Radhika Apte, Prachi Desai and Rohit Roy. He will be seen next in Mumbaikar, which will star Vijay Sethupathi. The Santosh Sivan directorial is a remake of Tamil film Maanagaram.