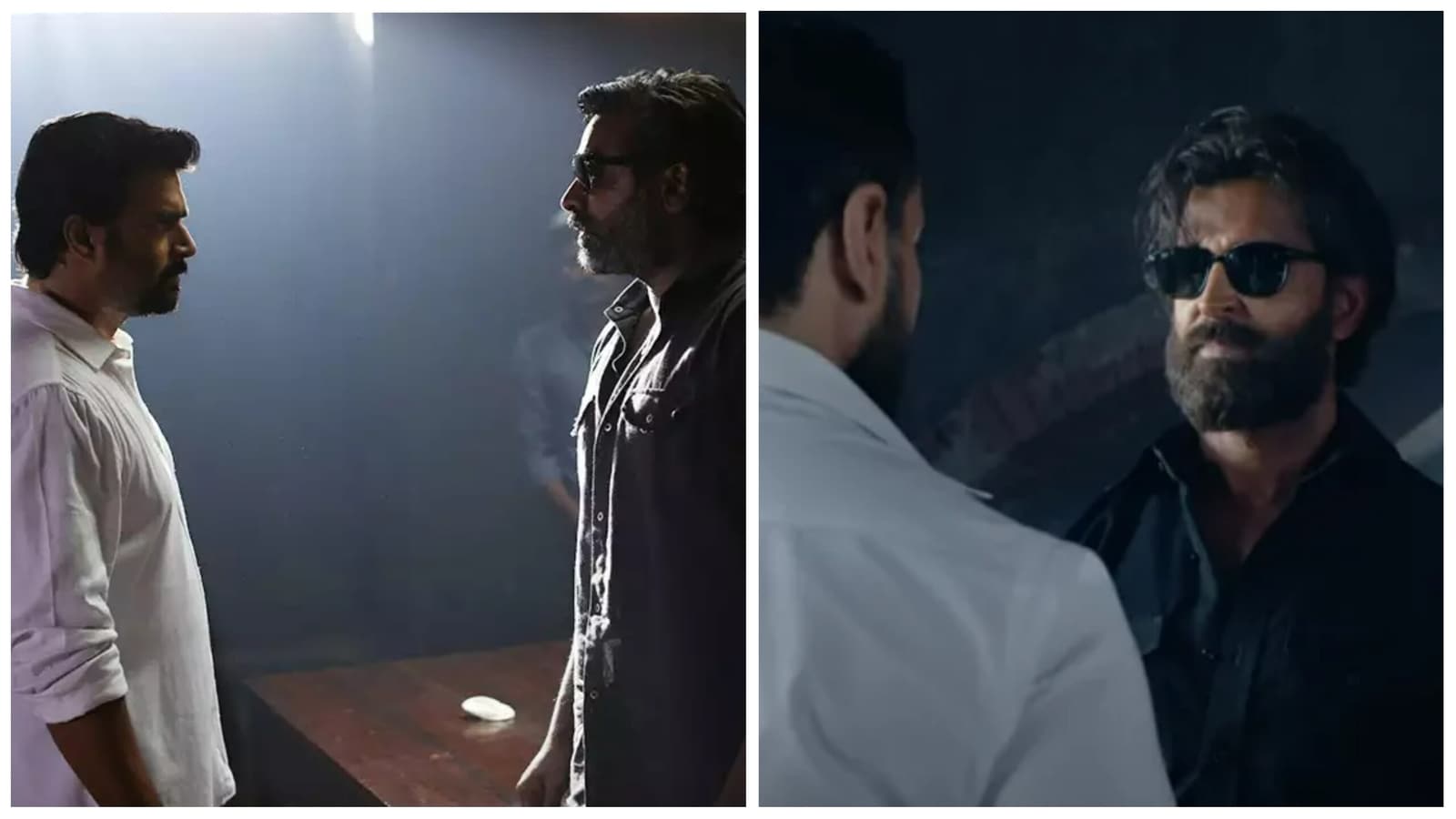 Vikram Vedha releases in theatres this Friday. The Hrithik Roshan and Saif Ali Khan-starrer has generated quite a buzz. There is the casting, the high-octane action and the fact that it is a remake of a cult Tamil film from 2017. Incidentally, husband-wife director duo Pushkar and Gayathri, who helmed the original, have directed the Hindi remake as well. In an interaction with the media ahead of the film’s release, the directors spoke about the comparisons and how they ensured they were making something fresh. (Also Read | Hrithik Roshan says he can’t reach Vijay Sethupathi’s ‘amazing’ Vikram Vedha performance even ‘in my dreams’)

The Tamil Vikram Vedha starred R Madhavan and Vijay Sethupathi in lead roles. The film, a cat-and-mouse chase thriller between a gangster and a cop, is loosely inspired from the folk tale Vikram-Betaal. There has been talk about how different or similar the Hindi remake would be to the original. Talking about why they chose to return to directing the same story, Pushkar said, “Take a play like Streetcar Named Desire or Death of a Salesman. It has been staged hundreds of times all over the world. The text remains the same. But you bring in a fresh set of actors when a production changes. We approached the idea of doing Vikram Vedha the same way. The text is the same, what we had written long back. When Saif and Hrithik come on board, they are bringing what an actor and the written word together form into a character on screen.”

Gayathri added that they never set out to recreate the Tamil original but interpret it in a different way. Setting the story in Lucknow as opposed to Chennai helped as it gave them newer cultural nuances. “We never felt like we were recreating a scene. We had long discussions on sets on how to do this scene or that scene. And not once did we think of doing it the way it was earlier. The soul is the same but it’s completely different,” she added.

Hrithik Roshan, who plays the gangster Vedha in the film, added that even though they had the option of recreating certain scenes and sequences, they opted not to. “There were times when we got stuck in a scene. We wondered how we could get from this beat to that one. The movie has already been made. We could easily have gone back to it and seen how they did it there and done the same. But that’s not how we were approaching it. We were trying to portray Vikram as Saif has played him and Vedha as I have played him. We were actually creating new, not recreating,” he said.

Vikram Vedha also stars Radhika Apte, Yogita Bihani, and Rohit Saraf. The film will be released in theatres on September 30.