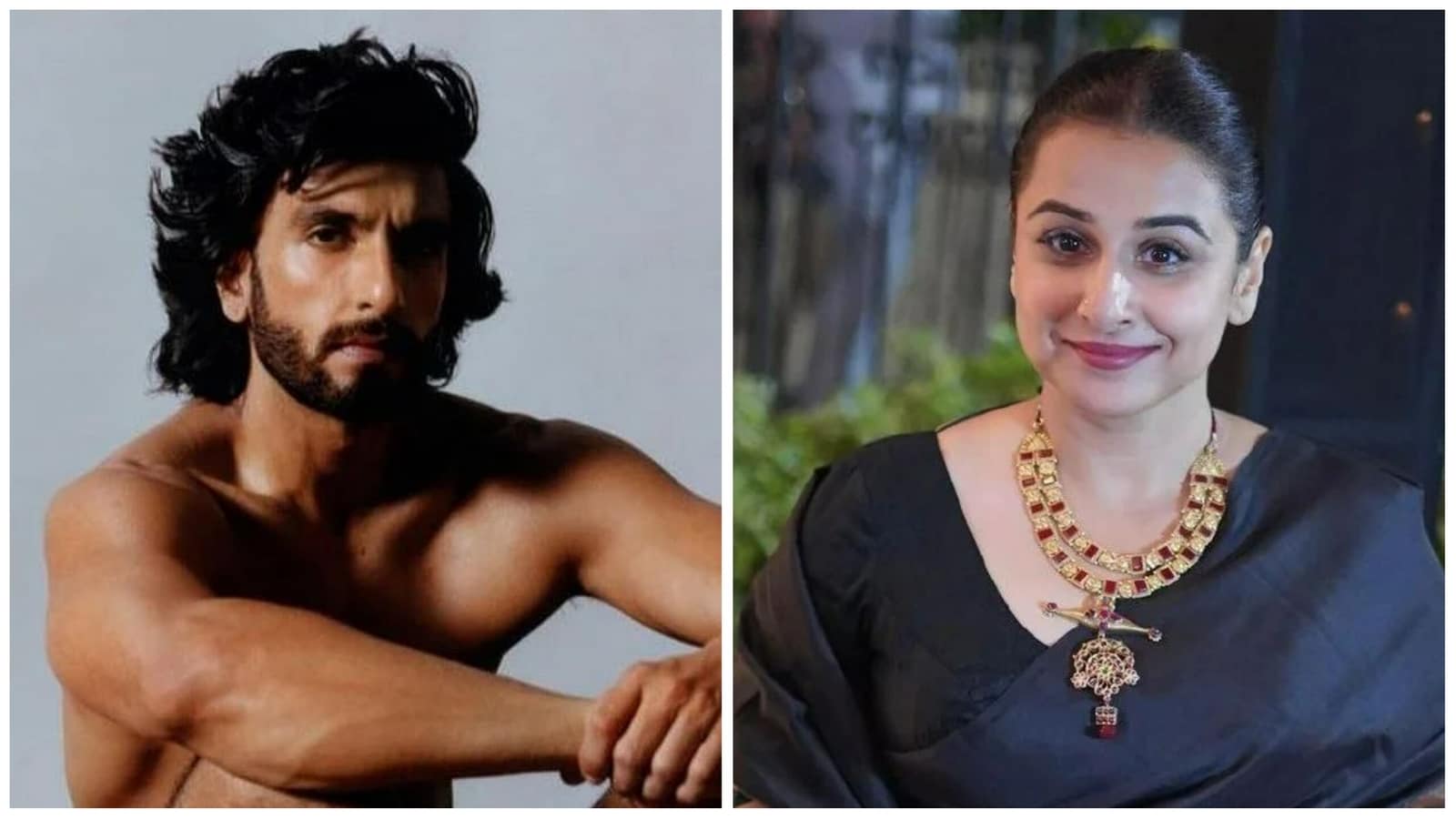 Vidya Balan is the latest celebrity to speak in defense of Ranveer Singh over his nude photoshoot for a magazine. The actor had a hilarious reaction, when asked about her response to Ranveer’s recent pictures from his much talked about photoshoot. She said let the women also enjoy the sight as a Bollywood actor, who has posed naked for the first time. Also read: Yashraj Mukhate’s ‘bum song’ pokes fun at TV debate on Ranveer Singh’s nude pics

Vidya was spotted at the Fatka Marathi Cine Awards on Thursday and was asked about her reaction to Ranveer’s pictures. She said, “Arre kya problem hai? Pahli baar koi aadmi aisa kar raha hai, hum logo ko bhi aankhein sekhne dijiye na (What’s the problem. A man is doing it for the first time, let us also enjoy this).”

When asked further about FIRs being filed against Ranveer, Vidya said if someone is offended by the photos, they should not look at them. “Maybe they (people who filed the FIR) don’t have much work to do, hence they are wasting their time on these things. If you don’t like it, then close the paper or throw it, do what you wish to. Why get into an FIR?”

Ranveer’s naked photoshoot for Paper magazine continues to make headlines. The actor is facing an FIR in Mumbai following a complaint from an NGO alleging that he had ‘hurt the sentiments of women in general and insulted their modesty through his photographs’.

So far, several of Ranveer’s industry colleagues like filmmaker Vijay Agnihotri, Swara Bhasker, Alia Bhatt, Arjun Kapoor, Pooja Bedi and Ram Gopal Varma have supported him over his nude photoshoot. Music producer Yashraj Mukhate has even made a hilarious song about the entire issue being debating in TV news.

On Thursday, a complaint was filed against Ranveer before a local court in Bihar’s Muzaffarpur by a social activist.