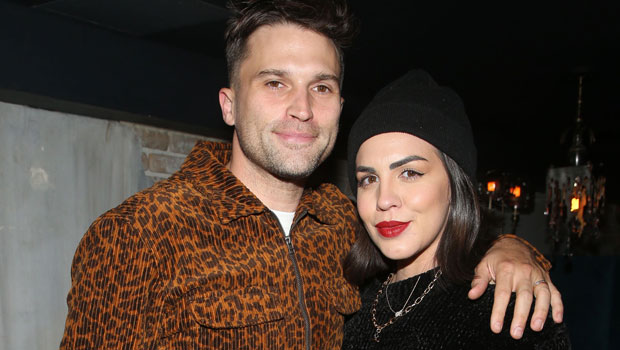 ‘Vanderpump Rules’ star Tom Schwartz shared how ready he is for bringing a ‘baby bubba’ into he and wife Katie’s life in this EXCLUSIVE new interview!

Could another Vanderpump Rules baby be on the way? For married couple Katie Maloney-Schwartz, 33, and Tom Schwartz, 39, it’s looking like more and more of a possibility! “Listen, I can’t wait to have kids,” Tom told HollywoodLife EXCLUSIVELY at Travel & Give’s ‘Travel With a Purpose’ event at TomTom in West Hollywood. The Bravo star noted that although he’s more focused on opening up his new bar with co-owner/bestie Tom Sandoval, 38, at the moment, he still remained set on bringing up babies with wife Katie — after checking a few things off their list first.

Tom revealed that seeing his friends and former Vanderpump Rules co-stars Jax Taylor, Stassi Schroeder, Lala Kent, and Scheana Shay become doting parents has made him a little more ready to take on parenthood. “[I]t’s been awesome seeing all my friends progress and evolve as parents,” he shared. “It’s beautiful. They’re all such great parents and I had no doubt … but really, they just have blown me away. I feel like they’ve all hit their strides and I can’t wait to have kids.”

Although longtime Vanderpump Rules fans won’t be able to see OGs like Jax and Stassi raise their babies on TV, Tom noted that perhaps they’d “some day” make a comeback. “I saw them a lot lately. They’re doing great. Everything’s cool and they’re amazing parents. But yeah, that would’ve been cool [to see them on TV].”

Fans of the series have been wondering for some time if “The Bubbas” would welcome children into the mix. HL also spoke with the couple last year about having babies on the brain. Although both were a tad weary about going through with “baby making” during the height of the COVID-19 pandemic, they later shared in August 2020 that they were “actively trying” to get pregnant. We’ll see when a “baby bubba” will be on board!