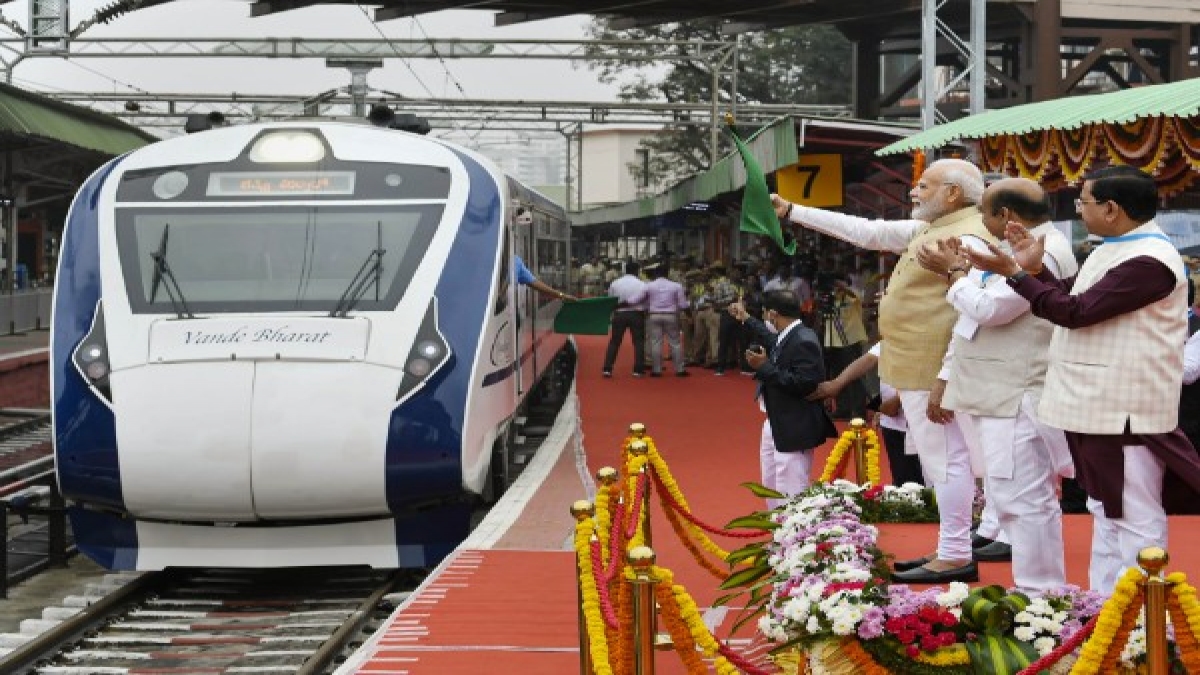 What are the features of the Vande Bharat Express?

The Vande Bharat Express, previously known as Train 18, is a semi-high speed, electric multiple-unit train that is operated by the Indian Railways on five routes as of November 2022. It is designed and manufactured by the Integral Coach Factory (ICF) at Perambur., Chennai, under the “Make in India” initiative. The manufacturing of the first train took 18 months. The unit cost of the first was estimated at around Rs. 100 crores.
The train has a maximum commercial speed of 130 km/h and is being tested at 180 km/h, but its tracks are not designed to support such high speeds.

India has long planned to introduce a high-speed rail network. Safety and cost were the primary concerns for the Indian Railways. Indian Railways aimed to increase its top speed from 85 to 150 kilometers per hour. Indian Railways went on to achieve speeds of 99 mph by the mid-2010s after the introduction of the Gatimaan Express in 2016, which is still the fastest operating train to date.

The next logical step for Indian Railways was to build a modern, higher-speed rail. When the Indian Railways floated a tender in June 2015, they found none of the bids to be viable and hence decided to move ahead and build it completely in India. In early 2017, it was planned that the indigenous engineless (EMU) semi-high-speed train, with modern facilities onboard, would run at a speed of 160 km/h (99 mph). Two new train sets were announced to be manufactured in ICF and were named ‘Train-2018’ since the manufacturing of these semi-high-speed services was targeted for completion in the year 2018.

SBI PO 2022 Admit Card Out; Know How to Download