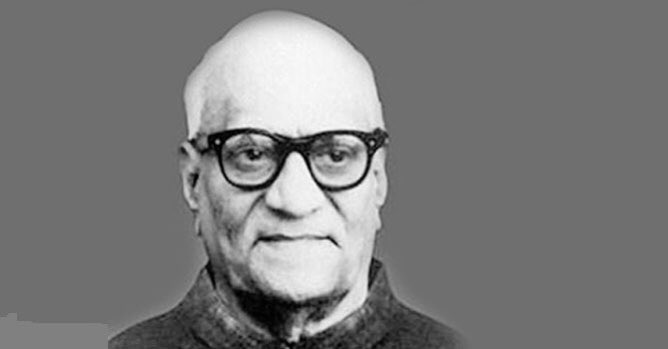 Mr Varahgiri Venkata Giri who served as the 4th President of India was one of the prominent Indian politicians who was one amongst the activists of India’s struggle for independence. Barrister V V Giri was one of the cardinals behind the country’s Trade Union Movement.

The Bharat Ratna Awardee and the 3rd Vice President of India was born on 10 August 1894 in Berhampur, presently in Odisha. He served in various key positions and he bid his final bye to us on June 24, 1980. Today on the occasion of his death anniversary let’s remember him by knowing more about this great son of mother India in detail.

VV Giri was born in a Telugu speaking brahmin family on 10 August 1894 in Berhampur, Madras Presidency in British India, which now comes in Odisha. Having been born in a family of nationalists, the feeling of patriotism was inculcated in him from early childhood.

His father, V V Jogayya Pantulu was a barrister as well as a political activist of Indian National Congress while his mother Subhadramma was one of the active participants of Non Cooperation and Civil Disobedience Movements in Berhampur. Mr Giri got married to Saraswati Bai with whom he had 14 children.

After completing his graduation from Khallikote College, Madras University he moved to Ireland to study Law from the University College Dublin. Giri was active in both Indian and Irish politics. During his study years in Dublin he along with his fellow students published a pamphlet that documented the ill-treatment of Indians in South Africa. In 1916 at the time of First World War due to his suspected participation in the Irish Uprising he was given a legal notice to leave Ireland. After returning from Ireland he started to practice in Madras High Court.

Despite living abroad, Giri was well acquainted with the freedom movements going on in India. After returning to India, Giri started his practice in Madras High Court but soon inspired by Mahatma Gandhi, he abandoned his successful legal career and became an active member of Annie Besant’s Home Rule League and joined the freedom movement during Non-cooperation movement led by Gandhi ji in 1922.

The credit of uniting labours and trade Unions to fight for freedom goes to none other than V. V. Giri. He is known for the labour movement in India. Here are some points that define why he is known as the leader of trade Union reforms in India.

Giri’s political Journey began soon after the introduction of Government of India Act 1935, when he was elected as Minister of labour in Madras Presidency under the Government of C Rajgopalachari in 1936. Again in the cabinet of T. Prakashan he was given the same charge in 1946. Let’s look at the following points to understand his political journey in brief.

Here We are presenting some facts that you should know about the great representative of Labours and the 4th President of India, Mr V V Giri.

Who is the Current CEO Of NITI Aayog: NITI Aayog Formation, Structure, Initiatives & Facts for UPSC

List Of Mottos of Government Institutions: Dhyeya Vakya In Sanskrit & English, Questions On Sources Of Mottos