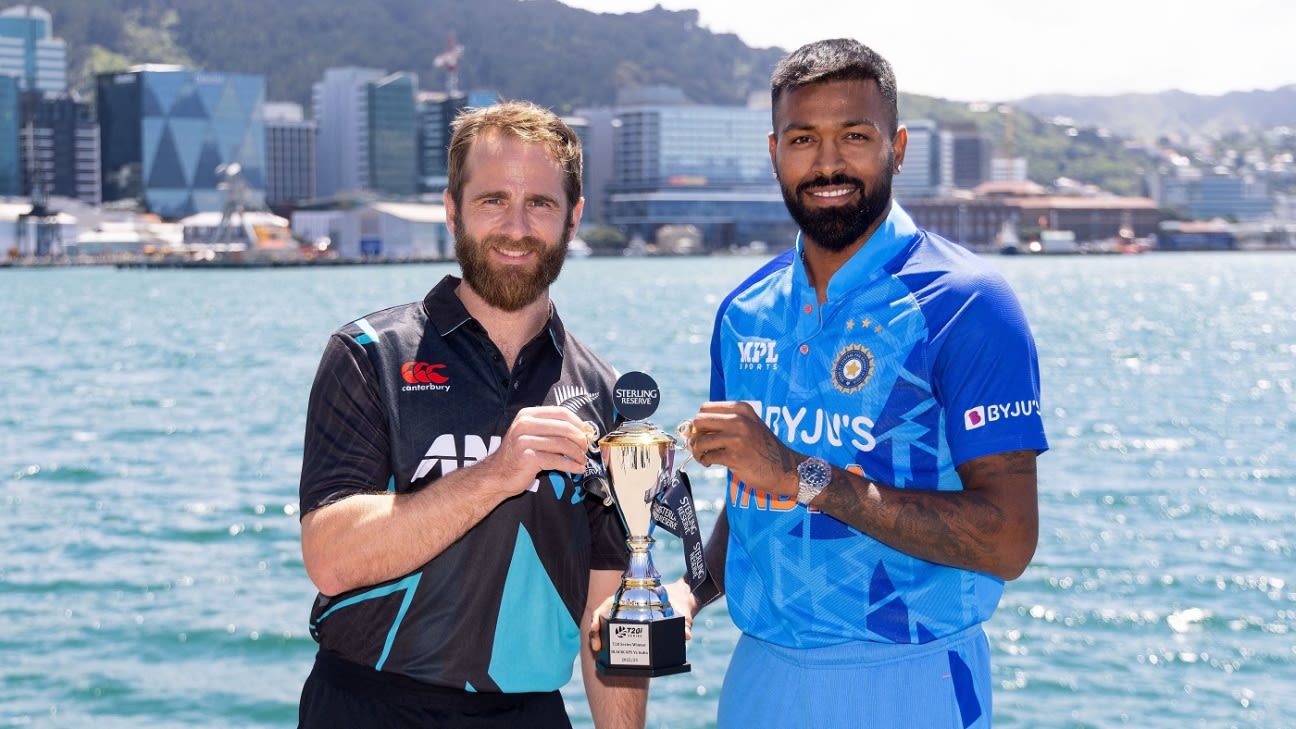 Over the past few years, every white-ball series has been viewed from the lens of the ICC global event that is next in line. Now that the T20 World Cup is over, the focus is already shifting to the next one in 2024, and with some transferrable skills between the two limited-overs formats, there is one eye on the 2023 ODI World Cup too.

But conditions in New Zealand are nothing like India, the venue for next year’s ODI World Cup, or the West Indies and the USA, where the 2024 T20 World Cup will be held, so the spotlight during India’s T20I series in New Zealand is on personnel and how they approach and respond to in-game situations. Results are important, of course, but as most elite athletes say these days, it’s all about the process.

From India’s perspective, it’s about picking up the pieces after yet another failed World Cup campaign. This series is about moving on. It’s about what sort of philosophy Hardik Pandya, who could well be T20I captain in 2024, will adopt as stand-in skipper as India attempt to tackle their T20 problem. He has led in three T20Is this year – two in Ireland and one against West Indies in Florida – and this New Zealand tour will be his sternest test yet as an international captain.
The three T20Is are also an opportunity for India’s next rung of players to make a statement in the absence of Rohit Sharma, Virat Kohli, KL Rahul, Dinesh Karthik, Mohammed Shami and R Ashwin, all of whom were part of the World Cup squad. Stand-in coach VVS Laxman said the future of India’s T20 cricket lies in specialist players and an aggressive approach. Their line-up and tactics for the first T20I are expected to walk that talk.

The hosts New Zealand, like India, were eliminated in the semi-finals of the T20 World Cup, but they are not pivoting as sharply. They seemed to have moved on from 36-year-old Martin Guptill, but he was on the bench throughout the World Cup too. Trent Boult is also missing from the squad but that was expected after he refused a central contract, though he could continue to be a contender for big tournaments.

With New Zealand closer to full strength, they start the series as favourites in home conditions, despite their captain Kane Williamson struggling for T20 form. The last time these two sides met in New Zealand in 2020, India won the T20Is 5-0, but the scoreline was not a reflection of how closely contested the series was. Two of the games were tied and decided by Super Overs.

Windy Wellington is the venue for the series opener•Getty Images

Finn Allen began the T20 World Cup with a spectacular takedown of hosts Australia, but his tournament fizzled out after that and he finished with only 95 runs in five innings. As Guptill’s successor at the top of the order, Allen’s attacking ability is not in question, but New Zealand need him to combine his extraordinary strike rate with a little bit of the consistency that made Guptill at one time the leading run-scorer in T20Is. He will have his task cut out against the swing of Bhuvneshwar Kumar and Arshdeep Singh in the early New Zealand summer.
India’s tearaway 22-year-old, Umran Malik, had a tough start to his T20I career. His three matches have been on small grounds at Malahide and Trent Bridge, and his high speeds have so far proven costly – an economy rate of 12.44. If India play Malik – they also have Bhuvneshwar, Arshdeep, Mohammed Siraj and Harshal Patel as specialist fast bowlers – then he will have to find a way to offer more control on the small grounds in New Zealand.

India’s XI will look vastly different from the line-up that lost the T20 World Cup semi-final to England. That much is certain. Their opening options are Ishan Kishan, Shubman Gill and… Rishabh Pant? Who among Deepak Hooda, Shreyas Iyer or Sanju Samson will slot in at No. 3? And is Yuzvendra Chahal likely to get a game after watching the World Cup from the dugout?

The New Zealand XI is more settled, with Adam Milne likely to take Trent Boult’s place in the line-up.

Although T20Is in New Zealand can be high-scoring, Wellington doesn’t always follow that trend, with the average score batting first being 162. The Sky Stadium also hasn’t hosted a T20I in over 20 months. Rain is expected during the day but with the match starting only at 7.30pm local time, the conditions are expected to be chilly but hopefully clear.

“His [Hardik’s] presence in the dressing room and his work ethic are exemplary. The way he leads on the field is fabulous. He is a players’ captain; he is very approachable. All players confide in him, and that’s something I really like about him as captain.”
Stand-in coach VVS Laxman is clearly impressed by the stand-in T20I captain

“It’s a hard transition to make. But those players are always trying to get better, trying to keep up with the younger guys. The younger guys have a different mentality and a team does well when you have a mix of both, they bounce ideas off each other.”
New Zealand batting coach Luke Ronchi talks about the future without Guptill, and perhaps, even Boult

New Zealand opt to bowl, bring in Milne for Boult; Pant slotted to open for India