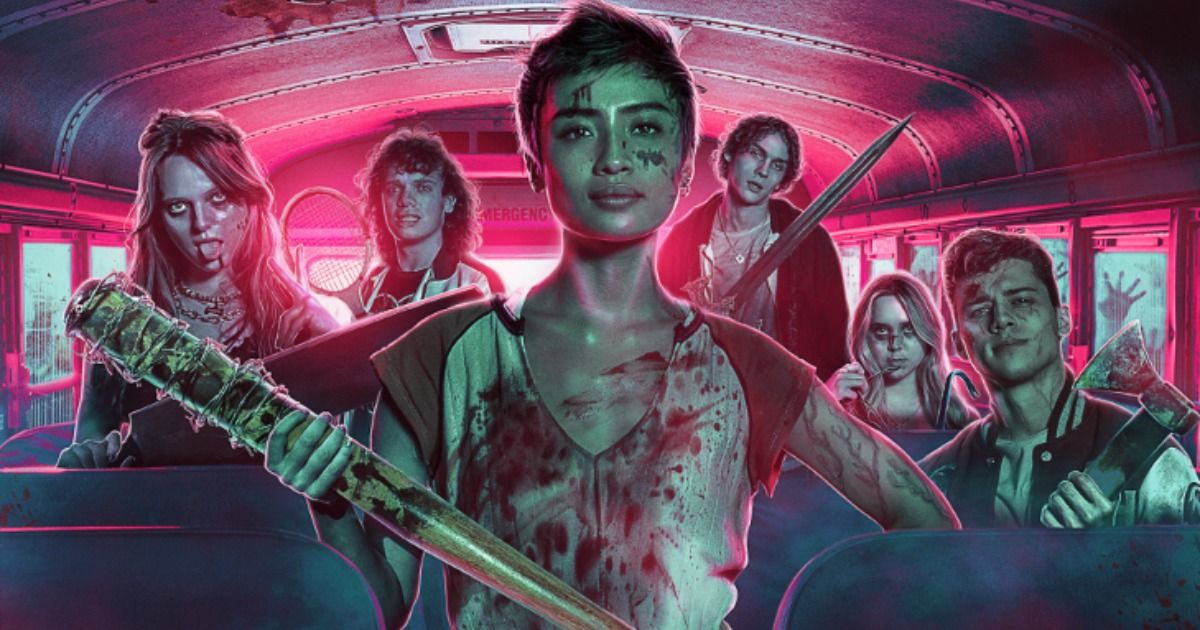 Blumhouse Television and Epix will be releasing the new zombie flick Unhuman next month, and a new trailer has just been released. The film groups up a team of misfit teens and has them fighting for their lives when their school bus comes under siege by something… unhuman. Though it’s as bloody and violent as you would expect a zombie movie to be, there’s a lot of dark humor showcased as well, which you can see by watching the trailer below.

The film stars Brianne Tju (I Know What You Did Last Summer), Benjamin Wadsworth (Your Honor), Uriah Shelton (Freaky), Ali Gallo (The Sex Lives of College Girls), and Peter Giles (Into The Dark). You can read the official synopsis for Unhuman below.

“The dead will have this club for breakfast. Blumhouse Television and EPIX bring you the story of a high school field trip gone bloody awry. Seven misfit students must band together against a growing gang of unhuman savages. The group’s trust in each other is tested to the limit in a brutal, horrifying fight to survive and they must take down the murderous zombie-creatures… before they kill each other first.”

Brianne Tju Brings Representation with Her Role in Unhuman

Per Edition, star Brianne Tju, whose other film work includes 47 Meters Down: Uncaged and The Cow, spoke about how proud she is to be a part of Unhuman. It’s special to her as one of the first projects to feature Tju in a lead role. For Tju, what makes this so wonderful is that she sees it as another step forward for on-screen representation with an Asian performer as the main character.

“Unhuman, is a Blumhouse film, which I am super proud of,” Tju said. “It’s one of the first major projects that I’ve been a part of where I am the lead, number one, which I don’t care about, like the numbers, but I think that in terms of representation, as an Asian woman, that was huge for me.”

She added, “I’ve been lucky in recent times to work with people that understand that and want to use my unique experiences and the unique experiences of my people to reflect that on-screen and to make the story richer and better, more unique. For me, the part of my job that I love the most is when I’m on set, and I can be as collaborative with people and have experiences with people. For me, the people I’m working with are an important part. I think that their level of insight and understanding, and willingness to learn from me is important.”

Unhuman will be available for digital purchase on June 3, 2022, from Paramount Home Entertainment.