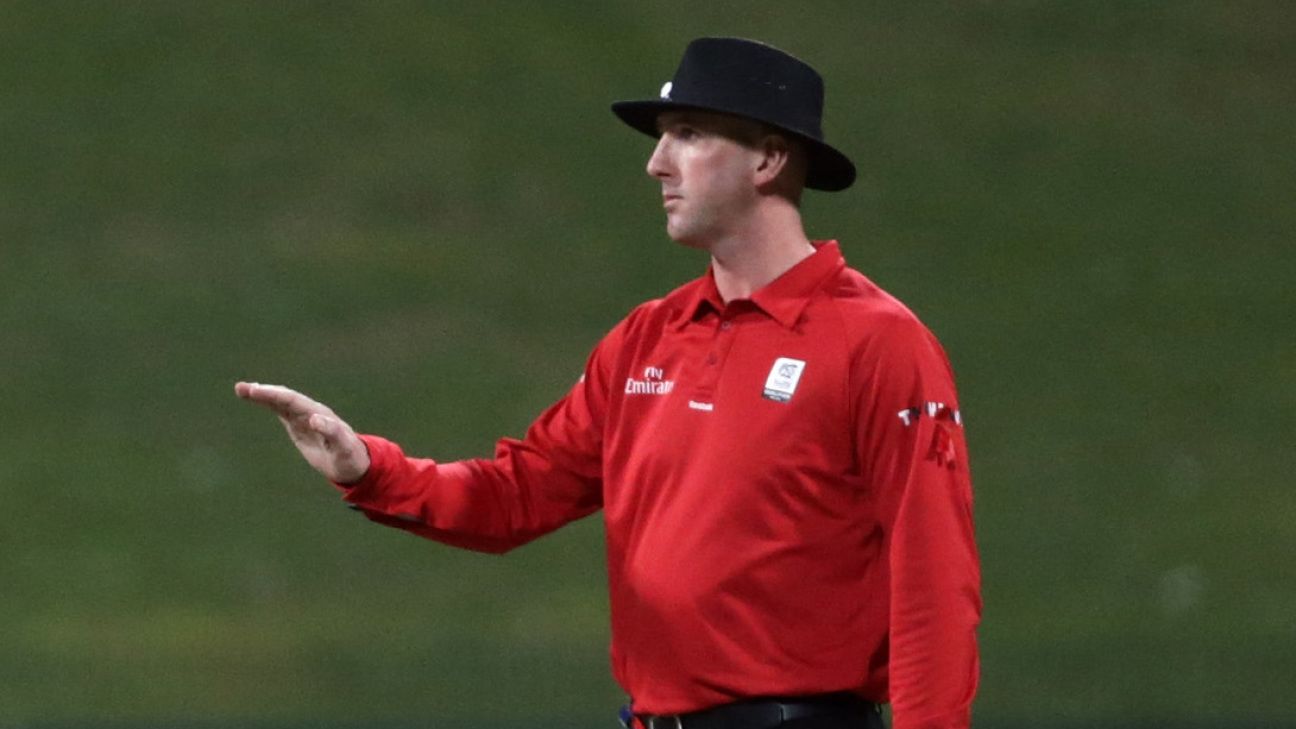 Michael Gough, the English umpire, will no longer officiate in the ongoing men’s T20 World Cup 2021, following a breach of the tournament’s bio-security protocols. Gough has just finished serving a six-day suspension and though he was initially expected to return, the ICC said he would be pulled out keeping his “wellbeing” in mind.

“The ICC recognises the extended periods he has spent in bio-secure conditions over the past two years and will continue to support the wellbeing of all match officials operating in this environment,” the body said in a statement on Wednesday.

Gough had to be suspended from his duties during the tournament for a six-day period starting October 28 following “a breach of the event bio-security protocols”.

The sanction from the ICC came after Gough left his hotel without permission and went outside the tournament’s bio-bubble. He missed one game as a result, the October 31 fixture between India and New Zealand in Dubai, when South African Marais Erasmus stood in his place.

Gough’s next game had earlier been scheduled for November 4, between Sri Lanka and West Indies in Abu Dhabi.

Gough had two more games marked against his name in the group phase after the November 4 assignment: Australia vs West Indies in Abu Dhabi on November 6, and Afghanistan vs New Zealand, also in Abu Dhabi, on November 7. Replacements for Gough have not been named yet.