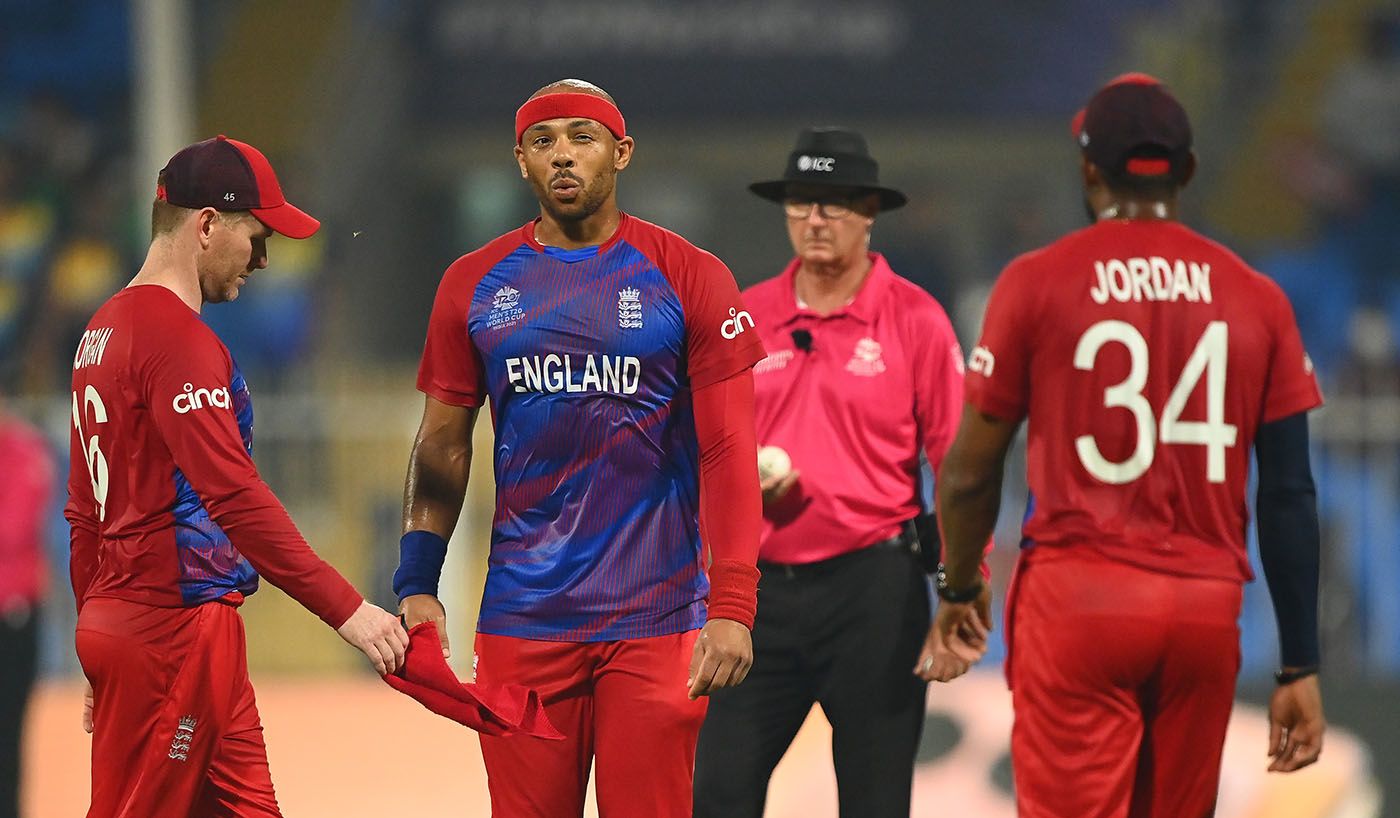 Tymal Mills has been ruled out of the T20 World Cup, with Reece Topley taking his place in the 15-man squad.

Mills, England’s joint-highest wicket-taker in the tournament, left the field midway through his second over against Sri Lanka in Sharjah on Monday, immediately calling for a substitute fielder, Sam Billings, to replace him before heading straight to the dressing room.

He subsequently underwent a scan which confirmed a right thigh strain, a similar injury to the one he sustained in 2018, which also ruled him out of the rest of that English season.

It is a cruel blow for Mills, 29, who has been dogged by injury throughout his career – including a degenerative back condition that he feared would end his career prematurely and which led to him wearing a back brace for three months last winter after suffering a stress fracture. He subsequently tweeted that he was “gutted” to miss the rest of the campaign, but that he would do his utmost to fight back to fitness once more.

Thank you for the messages. Absolutely gutted but I’ve been here before. Loved being back in an England shirt and will do all I can to get back again. Only a minor injury but I won’t be where I need to in the next 10 days. Backing the boys all the way

His appearances at the T20 World Cup had been his first for his country since February 2017, and came about after a long-term elbow injury to Jofra Archer had left England seeking a dependable white-ball quick to fill a massive gap in their plans.

Mills had started the tournament brightly with figures of 2 for 17 against West Indies and 3 for 27 against Bangladesh, and though he was more expensive against Australia and Sri Lanka, his pace, left-arm angle and ability to bowl through the middle and at the death helped him balance England’s attack. All told he has claimed seven wickets at 15.42 in his four matches, at an economy-rate of 8.00.

Mills’ absence left England short on death-bowling options against Sri Lanka, other than Chris Jordan, with Tom Curran the only unused squad member who bowls a high percentage of his overs at the end of an innings. Any of Curran, Mark Wood and David Willey could replace Mills in a straight swap, or England may consider rebalancing their side, leaving out a batter and bringing in two seamers to give them more options with the ball.

Topley, who has been in the UAE as a travelling reserve, will step up to the main squad immediately, and could be in contention to play in England’s final group game against South Africa. He too has been plagued by injuries since his appearance at the last T20 World Cup in 2016, but his pace and left-arm angle replicates that of Mills, and gives England another pace option to go alongside the existing alternatives.