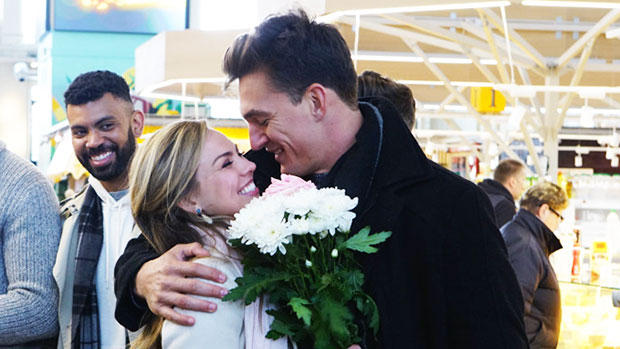 Hannah Brown didn’t hold back when it came to recalling the multiple heartbreaks she suffered from her exes — specifically her Bachelorette contestants Jed Wyatt, Peter Weber and Tyler Cameron. After she ended her tenure as the Bachelorette, Hannah pursued relationships with each of her finalists at different points in the last three years, and no detail about the ‘brutal’ splits was spared in her new memoir. “I probably won’t be reading much of it,” Tyler admitted in an EXCLUSIVE interview with HollywoodLife.com, while discussing his partnership with Heineken. “I’ve got a lot of finance books I’ve got to read first!”

Tyler, who just opened two health food restaurants in Boca Raton and Jupiter, Florida, is also adding businessman and real estate mogul to his resume, which already includes reality TV fan-favorite. “These restaurants are something I’m really passionate about, I think it’s a great product. The food’s good, it’s healthy and I like to surround myself with things I enjoy doing myself,” he explained. “I’m building houses and taking on that whole world, working on getting some rental properties. So, that’s just the road I want to be in so I’ve been reading those kind of books and learning more and more about that and just trying to be a sponge.”

The Florida native was notably sent home by Hannah in the finale of season 15 of The Bachelorette in 2019. However, after her engagement to Jed Wyatt ended when he appeared to be unfaithful, Hannah publicly asked Tyler to get together on After The Final Rose, and he accepted her invitation. In her memoir, God Bless This Mess, Hannah details having a deep connection with Tyler when he visited her in LA, but upon his return to NYC, he was seen out on a date with Gigi Hadid.

Hannah wrote, “My time with Tyler at my apartment wasn’t some meaningless hookup, the way it was portrayed in the press. My heart was on the line. And he broke it. With a supermodel. Can you imagine? I was so embarrassed and hurt and it was all so public. Again. It all caught me so off guard. I was far too broken to put up with it. I had just been so vulnerable with him. I was so honest about how I felt about him. And then this?” Although Tyler tried to call and apologize, the damage had been done. “I was so mad. We basically hung up on each other,” Hannah wrote.

While these exes has since gone their separate ways, Tyler has been enjoying his time between New York City and Florida, most recently running the NYC Marathon in honor of his late mom, and then visiting the brand new UBS Arena to pour the first Heineken in the stadium. “I love working with Heineken, I love drinking their beer, honestly. They’re the official beer partner for the UBS Arena, so they got the games for the Islanders, they have concerts, comedy shows, everything,” he explained. “I was glad I got to be there to pour out the first beer ever in the arena. I will be bragging to my kids about it one day, for sure.”