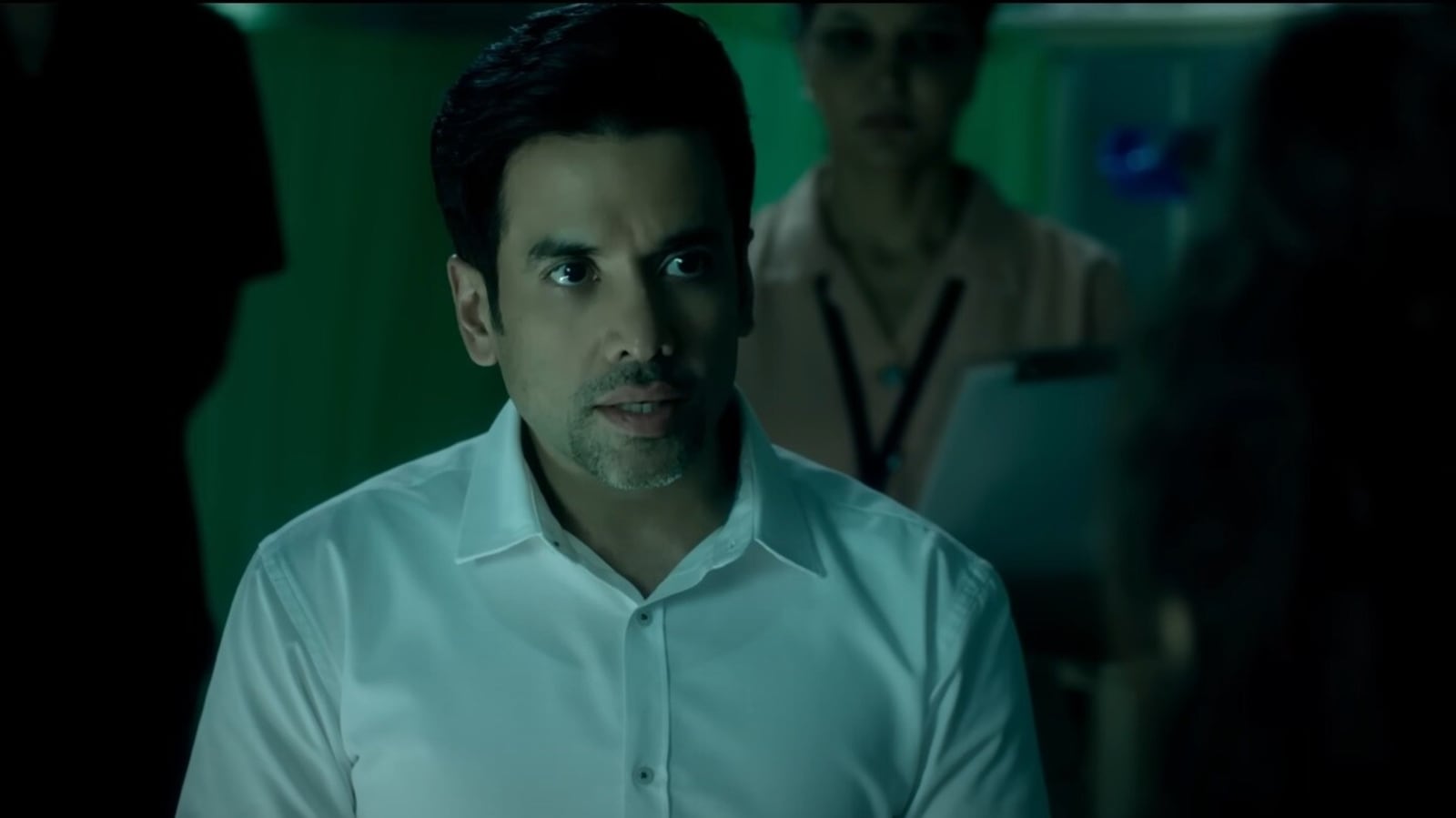 Tusshar Kapoor may not have had a new release since quite some time but the actor had his hands full with multiple work assignments now. In the meantime, Tusshar co-produced the Akshay Kumar-starrer Laxmii and turned author with his book, Bachelor Dad. The actor is a single parent to six-year-old son Laksshya and penned down his parenting journey in response to all the questions he had been flooded with ever since he welcomed his only child. Tusshar is now back with a murder mystery titled Maarrich and spoke to Hindustan Times about why he chose to get a project which wasn’t a comedy. Also read: When Tusshar Kapoor said he’d rather be part of this movie than get an Oscar nomination

The 46-year-old plays a cop in the film that revolves around two brutal murders and six suspects. It also stars Naseeruddin Shah, Rahul Dev and Seerat Kapoor and has been written and directed by Dhruv Lather.

Your last theatrical release was Golmaal Again in 2017. Why did you choose Maarrich for your comeback on the silver screen?

I didn’t want to do the same regular stuff being offered to me. I wanted to do something different and that took some time. A lot of people come to me for comedies only. I had to wait a while to get the right offer. Otherwise, I have been very busy with other things. I produced Laxmii which took time. The pandemic also happened in between and I wrote a book as well. I didn’t really get time to focus on making a film again. Then Maarrich happened. It’s a well-made low budget film and I have produced it as well.

What does the title Maarrich mean?

Maarrich is the ultimate evil. It’s a negative character but in disguise. In Ramayan, Maarrich came in the form of a deer. In the film, the murderer is a Maarrich, who is not being caught because he is very clever and disruptive.

Is the film different from what you have done so far?

It’s a murder mystery and I have never done that. I have mostly done comic characters besides some dark characters but not a whodunnit.

Do you have a memory to share from the making of the film?

It was a pretty intense shoot. The subject is also like that. We weren’t together all the time as there are different characters that keeping coming up. We had to fight the weather conditions as well. Since I was producing, I was very focussed on different aspects of the film like my performance and was taking care of multiple things. There was no time to have fun. What’s memorable is we had a start-to-finish schedule at real locations in Mumbai. We were making a film which is lower in budget but looks like a well-made film, which is shot realistically, can entertain people and has the glamour but not in your face.

Such subjects are mostly explored in web series these days. Are you getting such offers for OTT?

I get a lot of offers but after I say yes, somehow, they don’t get made. I have said yes to thrillers as well as comedies. I also said yes to the remake of an Israeli show, but somehow the process took too long for it to go on the floor, the pandemic was also creating a lot of chaos, that’s why nothing could be materialised.

Since you are a producer as well, does advice from your sister Ekta Kapoor also comes your way?

I do ask her opinion and she has got a very good judgement with marketing, trailer and promotions. We don’t interfere in each other’s work and give a lot of space to each other.

You have written a book on parenting? Do friends and fans come to you for parenting advice?

Lot of parents do ask me about what I do for my son in different departments like his classes, schooling or how I discipline him. They ask me not for advice but because they wonder how I do it all by myself while being single. So that’s why I wrote a book so their questions are answered that they know that this is my story, what all happened and how it all worked out.

Will you be taking up more work now since your son has grown up a bit?

Yes, of course. He is going to be seven in June. Maarrich is releasing in cinemas on December 9. Laxmii and my book is done. Now hopefully I will get back to getting more releases. I don’t have to be with him all the time, he is quite independent now. Anyways, I am with him on my off days or after my shoot.