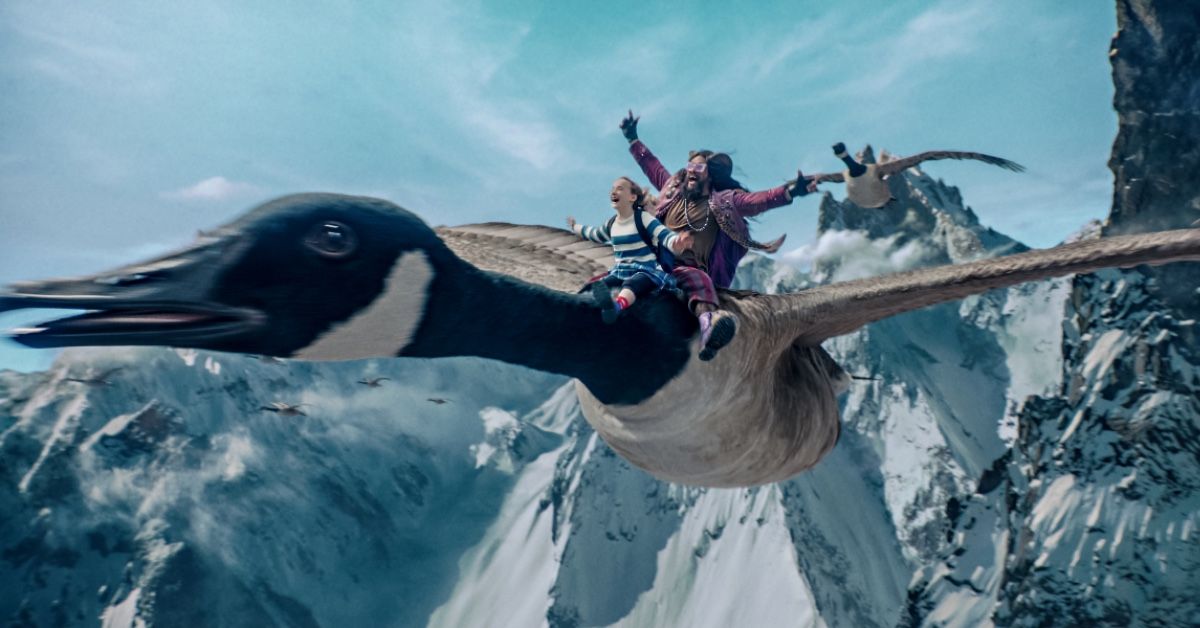 As part of Tudum: A Netflix Global Fan Event, the streamer released a new clip from its upcoming fantasy movie, Slumberland, which premieres November 18th. A loose adaptation of Winsor McCay’s comic strip Little Nemo in Slumberland, the latest clip features Jason Momoa (Aquaman) as Flip, a rough-around-the-edges but lovable outlaw, hamming it up as Nemo’s (Marlow Barkley) guide to the world of dreams.

Slumberland is about a young girl, Nemo, who discovers a secret map to the dreamworld of Slumberland. After her father Peter (Kyle Chandler) is unexpectedly lost at sea, the young girl’s idyllic Pacific Northwest life is upended when she is sent to live with her well-meaning but deeply awkward uncle Phillip (Chris O’Dowd). Although her new school and new routine are challenging by day, at night she uses the secret map to travel to Slumberland. With the help of Flip, an eccentric outlaw, she traverses dreams and flees nightmares, with the hope that she will be able to see her late father again.

During Tudum, Momoa revealed a brand-new clip from his upcoming fantasy and adventure film. In the clip, Flip welcomes Nemo into his magical realm and introduces himself as an outlaw who doesn’t play by the rules and who has a serious distaste for the cops who patrol Slumberland (in a plot thread waiting to be explored). Although Nemo is still mourning her father’s death, Flip is determined to cheer Nemo up by taking her to reunite with her dad. After all, in Slumberland, Nemo learns that she has the ability to explore her dreams and make her imagination come to life.

Related: The Mother Teaser Sees Jennifer Lopez as an Assassin Protecting Her Daughter​​​​​​​

“In the movie, Nemo’s relationship with Flip starts off rocky because he doesn’t want her to be there, but she hangs on to this connection with Flip because she thinks he can help her find her dad,” Barkley told Netflix. But off-screen, Barkley said that getting to work alongside Momoa was like a dream come true. “He made me feel so welcomed,” said the actor. “We would joke around on set, racing each other and singing funny songs. He made me feel like we had known each other for years.”