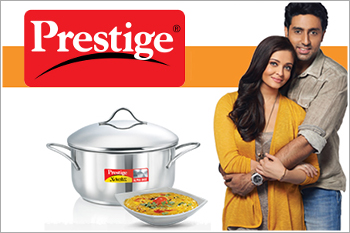 TTK Prestige, chairman T. T. Jagannathan in his speech of 65th annual general meeting (AGM) said that the company is closely mapping the various geographies in the domestic market based on the infrastructure spends of the State that can generate consumption in hitherto dormant markets and is putting in place distribution efforts to reach these markets.

The chairman said that the company has already added over 2000 touch points in non-south geographies during FY 21 and this effort will continue in the coming years.

Further, the chairman said that the Company has strengthened interactions with export customers and has established that your Company can be a viable alternative to China for sourcing products from our India facilities and this has started paying dividends as witnessed by the growth in export sales in FY21 and an encouraging order book for FY 22.

He said, “Your company has also taken steps to enhance production capacities where required and will be in a better position to meet with demand during the year FY 22.”

“As regards FY 22, while the month of April ‘21 started as per plans, the lockdowns caused by the second wave of the pandemic have impacted the originally planned domestic sales for the months of May and June. However, both sales and profit for the first quarter are expected to be well ahead of the Q1 of the previous year. Your company is geared to launch more than 100 new SKUs during FY 22,” the chairman added.

Though the covid pandemic has become a speed breaker, the chairman that TTK Prestige’s long-range plan of doubling the sales with stable margins is very much on the radar and investments in supply chain and innovation are being continued to reach this milestone.

Why some investors are banking on a bitcoin IRA instead of...