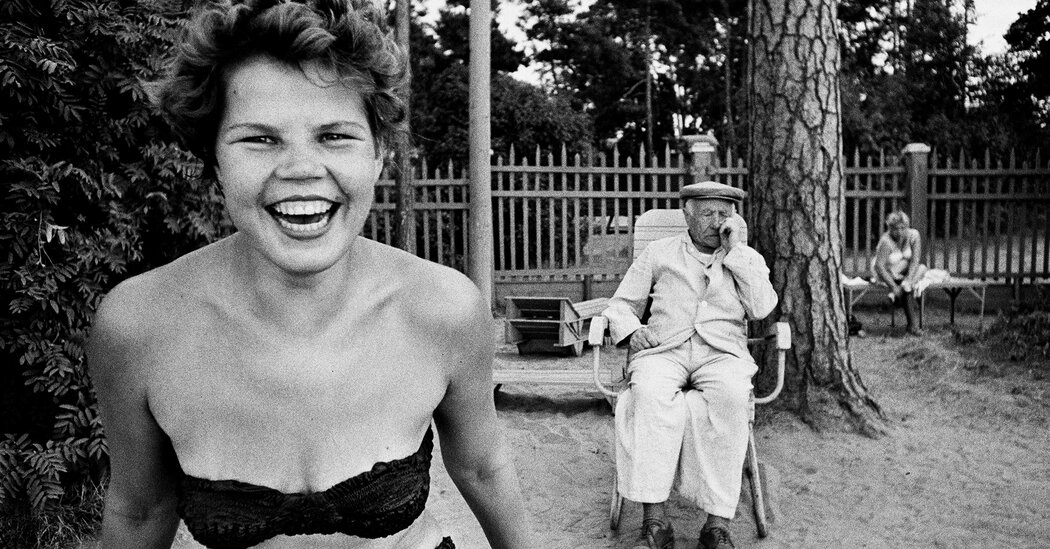 For 70 years, William Klein, a wildly innovative and influential photographer, has been making pictures, up close and personal, that flout conventions of technique and taste to pack maximum wallop. In “William Klein: YES,” a retrospective that opened June 3 at the International Center of Photography, the first in his native city since a smaller 1994 I.C.P. exhibition, Klein, who is 94, ruled out glass frames for his prints. He wants nothing to come between the image and the spectator.

A man of fabled charm, Klein seeks out vibrant subjects who respond to his own vitality. In one of his best known images, from 1959, a gleeful young Moscow woman clad in an unstylish Soviet bikini, virtually bursts out of the frame. Behind her, sleeping in a beach chair, is an old man, nicely dressed in a summer suit and beret, who might represent the staid, proper style of photography that Klein was thumbing his nose at.

Klein’s photographs thrust the viewer into the action of the city with a rude tug. “Gun 1, New York,” his most famous picture, taken in 1954, shows a fiercely grimacing little boy pointing the barrel of a gun directly at the camera. The hand and weapon (presumably a toy, but that is not discernible) loom large. A younger child watches with adoring admiration. Part of a series of little boys aping cops and robbers, this picture can be said to prophesy our current nightmare of juvenile gun violence. More to the point, it is an image that, seen by itself, carries a queasy-making, nightmarish force.

Klein came to photography and filmmaking by a circuitous route. He moved to Paris on the G.I. Bill to study painting in 1948, finding a place with Fernand Léger. On his second day in the city, he met Jeanne Florin, and decided to stay. They quickly married, a union that lasted until her death in 2005. Like Man Ray, another illustrious New Yorker who began as a painter but made his most important contributions as a photographer, Klein transplanted easily to Paris, befriending the city’s artistic vanguard. A position of ongoing dislocation suits him.

Can a Shirt Made in India Beat Savile Row?

The Wild History of the Real ‘Only Murders’ Building