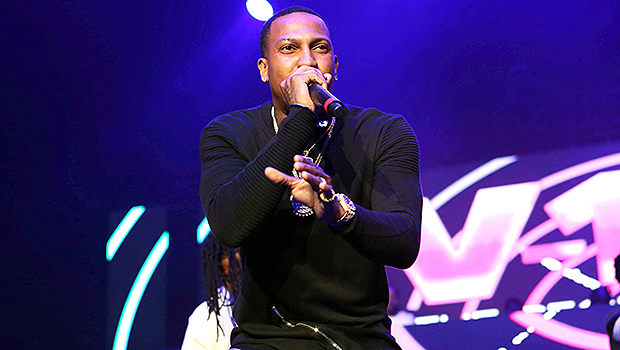 “Our thoughts and prayers are with the children, loved ones, and fans of Trouble,” record label Def Jam Recordings posted on Sunday, June 5, confirming the death of the Atlanta rapper born Mariel Semonte Orr. “A true voice for his city and an inspiration to the community he proudly represented. RIP Skoob.” The memorial came after reports of the Trouble, 34, being shot dead inside an apartment complex in Conyers, Georgia. As the hip-hop world mourns this shocking loss, here’s what we know so far.

Trouble Was An Atlanta Rapper

Trouble debuted in 2011 with the breakout mixtape, December 17th, per All Music, which featured appearances from Future and Waka Flocka Flame. He released Green Light in 2018, which included contributions from Future, Yo Gotti, Gucci Mane, B. Green, Rocko, Alley Boy, Scalez, Veli Sosa, and Lil Charles Da Undadog. Trouble was highly prolific, releasing a mixtape every year until his debut studio album, 2018’s Edgewood.

He Was Found Dead In A Apartment

Authorities responded to a shooting at 3:30 am inside the Lake St. James apartment complex in Conyers, Georgia, according to Fox 5 Atlanta. “Upon deputies’ arrival, they observed a Black male lying on the floor with a gunshot wound,” Rockdale County Sheriff’s Office spokesperson Jedidia Canty said in a news conference on Sunday. The authorities said that Trouble had been shot once in the chest.

Trouble May Have Been Killed Due To A Domestic Dispute

“We know that there are a lot of people who are really upset right now and brokenhearted about the situation,” spokesperson Canty said. Officials said that Trouble was visiting a female friend when a suspect, Jamichael Jones, forced his way into the apartment.

“Mr. Jamichael Jones did know the female, and it was a domestic dispute … the suspect and the victim did not know each other,” Canty said. On Sunday, the authorities had no leads on Jones’s whereabouts. “We did search the known locations that we thought he may be at, but we didn’t have any luck finding him.”

Trouble Teamed With Drake & The Weeknd In 2018

Trouble signed with Mike Will Made-It’s Eardruma label in 2018, per All Music, and released Edgewood, a project that included appearances from Drake (“Bring It Back”), The Weeknd (“Come Thru”), Fetty Wap and Quavo (“Rider”) and Boosie Badazz (“Ms. Cathy & Ms. Connie.).” It charted at 130 on the Billboard 200 albums chart

He Was Beloved By The Hip-Hop Community

His death was met with grief and sorry from fans and his fellow hip-hop artists. “HAPPY TO BE ABLE TO HAVE MET U LAUGH WIT U MAKE HISTORY WITH YOU AND GIVE U A REAL OPPORTUNITY YOU DESERVED, STILL 1 OF MY FAVORITE RAPPERS OUT THE CITY, REST EASY BROADIE,” wrote Mike Will Made-It on Instagram. Jermaine Dupri tweeted, “Man, this sh-t ain’t cool,” along with a photograph confirming Trouble’s death. “And I woke up to rip trouble….” tweeted Meek Mill, adding, “Everybody texting be careful! Smh rip fam!!!!”

“Damn trouble was somebody I use to really preach to and help spiritually. And he was learning how to be happy and live life. This one kinda hurt me. I ain’t gon front,” tweeted Lil Duval. Gucci Mane mourned the loss by tweeting, “R.I.P. Trouble.” “God Bless The Dead,” tweeted Killer Mike. “He was a good man. Gone too soon.” After word of Trouble’s death, Drake posted a picture of him and the rapper together on his Instagram Story. Drake added a pair of dove emojis to the message.