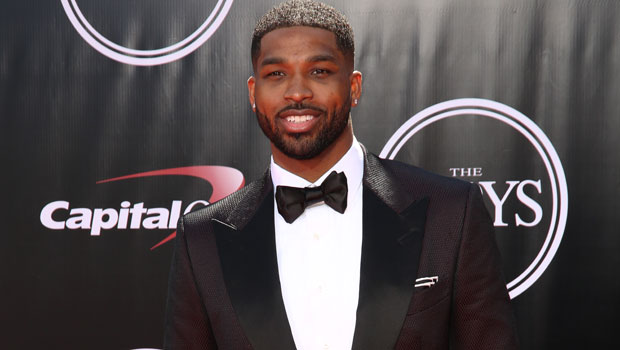 Tristan Thompson, 30, shared a sweet moment with his son Prince, 4, as they prepared to watch Space Jam: A New Legacy. The Boston Celtic shared a rare video and photo of his son, who he shares with ex Jordan Craig, to Instagram on Saturday, July 17. The pair looked so excited as they snuggled up for a selfie to watch the sequel film, starring fellow NBA star LeBron James.

“What are you ready to watch?” Tristan also asked in an accompanying video, filming the 4-year-old, who looked so excited. Prince, wearing a white t-shirt, then pointed to the large screen television that had Space Jam 2 ready to go. “Are you ready? Let’s go! Are you ready?” Tristan then said enthusiastically.

The hangout comes weeks after Tristan’s latest split from 3-year-old daughter True’s mom Khloe Kardashian. Although the two were actively co-parenting during the COVID-19 pandemic and even making plans to have a second child via surrogacy (as documented on Keeping Up With The Kardashians), Khloe, 37, didn’t fully confirm they were romantically back on until the Andy Cohen reunion before splitting suddenly again. “We just really became genuine, great friends with one another and great co-parents,” Khloe explained.

“He’s a great dad. It was just this natural progression. I’m not saying it’s what I would encourage other people to do, it’s just what naturally happened for him and I,” she also said. Just a day later, news broke that it was over between the pair following cheating allegations. “Khloe was being honest about the status of their relationship at the time of the reunion taping,” a source told HollywoodLife exclusively after the news.

“She can’t believe she put all her trust in Tristan again. They worked it out for True and all these articles are out there and Khloe hates that when she grows up, she’s going to see it. Khloe dumped him right after [more] rumors surfaced. They’re currently not talking at all,” they added. Since the break-up, Tristan has been pictured with True several times and he and Khloe appear to be on amicable terms.