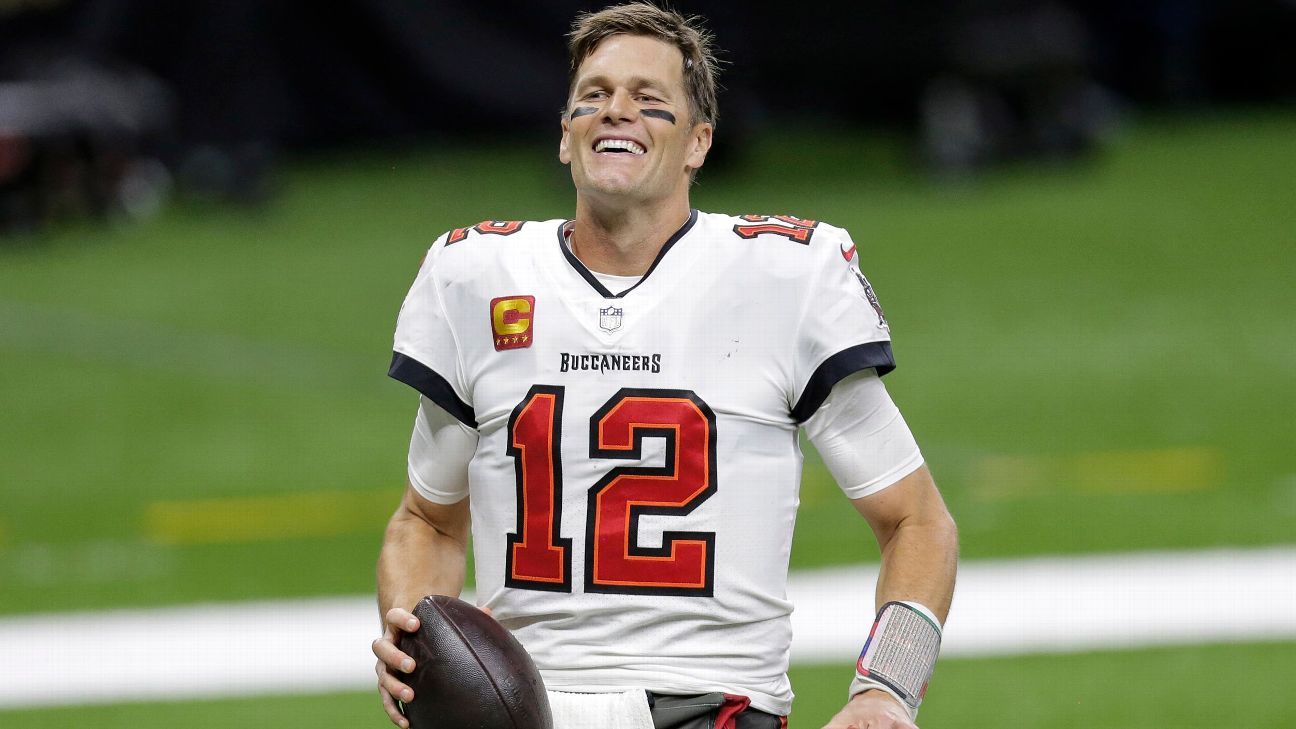 Tom Brady knows just how to get under the skin of his opponents.

Few teams illustrate this point better than the Atlanta Falcons, who will visit the Tampa Bay Buccaneers in Week 2 of the 2021 season.

The seven-time Super Bowl champion, who became the first player in NFL history with 300 career regular-season starts last week, reflected on Tampa Bay’s 31-29 victory over the Dallas Cowboys on Thursday. Brady improved to 6-0 in his career against the Cowboys to break a tie with Joe Montana (5-0) for the best record by any starting QB against Dallas.

Though the Buccaneers and Falcons don’t kick off until Sunday, Brady already seems to be trolling the Falcons with a potential reference to the New England Patriots‘ 28-3 comeback in Super Bowl LI, the largest in the game’s history.

In Brady’s case, 3:28 might be an all too convenient time for looking ahead to a matchup against the Falcons. Check out the time on his computer screen.

Including that Super Bowl victory, Brady enters Week 2 with a record of 8-0 against the Falcons. He could become the 6th QB to go 9-0 or better against a single team since starts were first tracked back in 1950.

He has tossed 19 touchdown passes against only three interceptions in that span. The Falcons’ visit to Tampa Bay comes after their 32-6 loss against the Philadelphia Eagles Sunday. Atlanta’s point total marked its lowest in a season-opener since 2007.

The Buccaneers enter this divisional matchup with nine consecutive wins dating back to last season (including playoffs).

Attention-grabbers, struggling giants and the best to never win it

Inside the breathtaking rise of Vladimir Guerrero Jr.

Iowa in the CFP! Texas won’t survive the SEC! A reality check on Week 2 overreactions