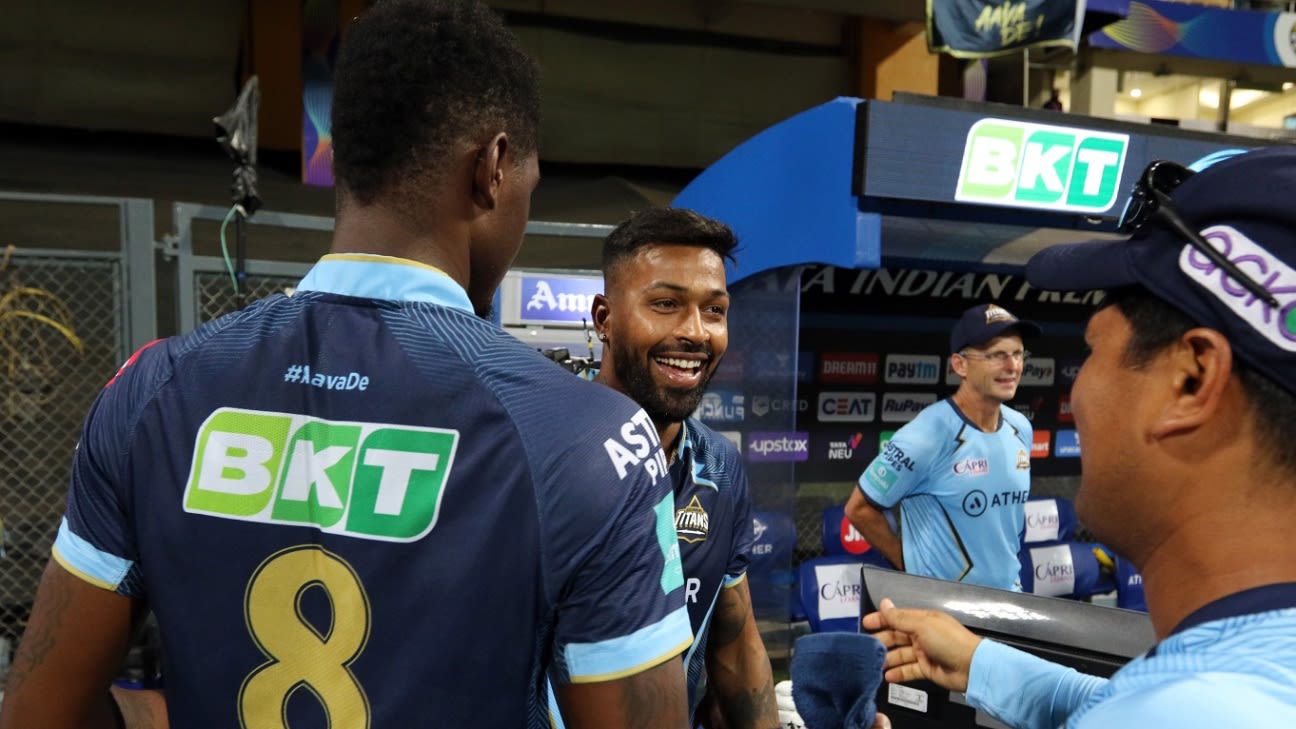 Looking at their team composition after the IPL auction in 2018, Chennai Super Kings were dubbed “Dad’s Army”, few gave them a chance of making the playoffs, let alone winning the title. But that’s just what they went and did.

After the mega auction earlier this year, despite having a clean slate to build a team, Gujarat Titans seemed to have messed it up, looking, on paper at least, thin on resources. But eight games down, they have seven wins and sit pretty at the top of the points table.
So far, Titans have had a different player starring and winning the Player-of-the-Match award in six of their seven wins. Mohammed Shami, Lockie Ferguson, Shubman Gill, Hardik Pandya, David Miller and Rashid Khan have all played these starring roles, with Sunrisers Hyderabad’s Umran Malik bagging the honour for his five-wicket haul in the previous game despite Titans winning the match. While it makes for pretty reading, Titans would know that they need regular contributions from the top order, too, something that hasn’t happened as consistently.
Wriddhiman Saha, who replaced Matthew Wade at the top, gave them a quick start in their tall chase against Sunrisers to set up the game. However, Gill’s blade has gone quiet after the first three matches, where he scored 180 runs at a strike rate of 166.66.

With their lower-middle order making up for it, though, Titans will back themselves to beat low-on-confidence Royal Challengers Bangalore on Saturday.

To say Royal Challengers’ batting is a worry will be an understatement. Despite having names like Faf du Plessis, Virat Kohli and Glenn Maxwell, their top four have a combined average of 21.90, the second-poorest in the tournament after Kolkata Knight Riders’ 20.90. While Kohli’s form has had opinions from left, right and centre, du Plessis’ dry run has gone a little under the radar, but is equally worrying for the team. Whenever du Plessis scores over 30 in an IPL match, his team wins more often than not and he has passed that mark only twice this season.

This has resulted in Maxwell coming in too early for his liking – four times in the powerplay. But against Shami, Ferguson and Rashid, the Royal Challengers trio has a favourable match-up and the team would look to use that as a catalyst for a turn in fortunes.

S Sudarshanan is a sub-editor at ESPNcricinfo