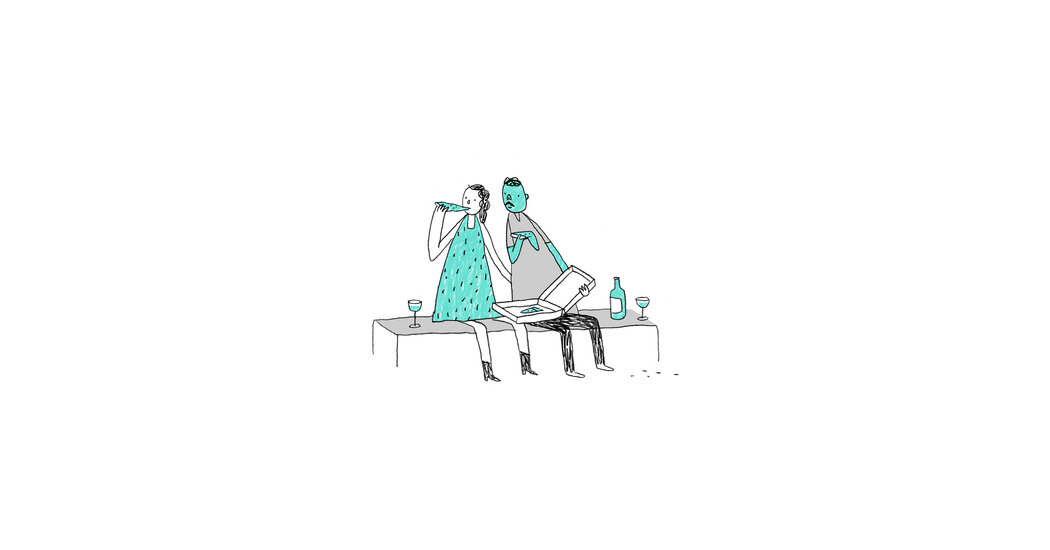 My Wise Younger Self

I flew home from Berlin to Vancouver after two years abroad. My mother, Roberta, tasked me with removing my belongings from the attic. I sorted through boxes of memories. Flipping through an old notebook, I discovered an entry entitled, “Confessions,” written in cursive on Feb. 24, 2004, the eve of my 13th birthday: “I get so weird near girls and I think I’m lesbo.” A feeling of vindication and love for my younger self washed over me. I thought I hadn’t known I was gay until later on. In reality, I had always known. — Deidre Olsen

What Was Already Gone

Naming a 10-week-old fetus was a bad idea. Two days after an ultrasound that revealed an empty gestational sac, I lay in a hospital bed, waiting for a surgeon to hasten the loss of what was already gone. I stared at the ceiling while gasping through sobs. “Feel your feelings,” the world likes to urge. OK, done. My sadness crushed me to a powder, but I didn’t blow away. I thought of my husband, at home at that same moment, leaning over our 20-month-old daughter’s crib and whispering the names of everyone who loves her. I remained whole. — Anne Manning

It was my fifth trip to Ireland, but my first time in Connemara, the place my grandmother had left, an area known for its storytelling. I was scared it wouldn’t live up to her stories, or maybe I wouldn’t. David, a cousin I hadn’t met before, raced me around, rhyming off dates and details, coloring in our ancestral lines. He handed me a photo, his grandfather in Canada, visiting my grandmother — standing together as we did then. I held in tears as David politely looked away. As I departed, he hugged me and said, “Come home again, soon.” — Casey Erin Wood

What’s In a Name?

As a lifelong educator born with the surname Lerner, I joked with my students that I was destined to become a teacher. That role was my driving force for decades, until I became a grandfather. I never had grandparents; they were killed in the Holocaust. The other day, on a video chat, my grandson in a time zone to the west, stared into his screen and asked, “Is it dark outside by you?” “Yes.” “Then how come it’s not dark here?” With that question, my roles of teacher and grandparent joyfully converged. — Jack Lerner

I Cheated on My Wife. Why Won’t She Get Over It?

Dressing Simply, but Well. It’s Not So Simple.