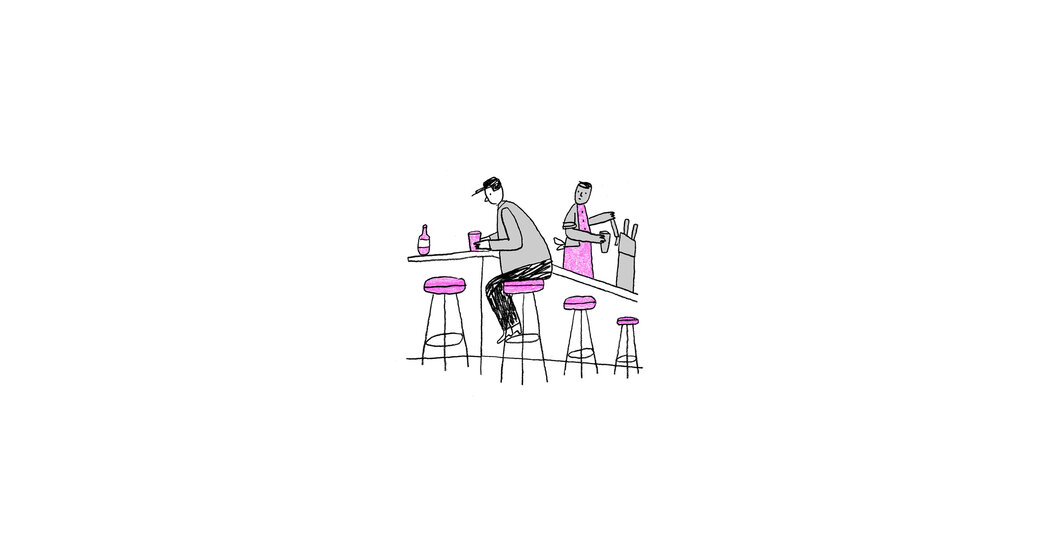 My friend’s annual Christmas card was addressed to “The Perkins Family,” but “The” and “Family” had been crossed out, leaving just my first name, Mary, scrawled above my last. It was a correction that denoted a truth: Unlike most of my friends, I am single. I felt amused and a little sad. The card emphasized what I lacked. But along with my sadness came surprising reassurance: This envelope was a small reminder that I took the road less traveled, that I chose to draw my own life path, that I was OK with living outside the lines. — Mary Perkins

I chased her shamelessly. I wrote corny poems. I worked hard to make her happy because that made me happy. Together we raised two boys and created a loving home. Even in hard times, we knew happiness wasn’t far away. Financial security finally arrived — no more payday loan arguments. Then, celebrations. I gave in and we had her dream 50th birthday party. Later that year, she had nagging symptoms and was eventually diagnosed with late-stage ovarian cancer. I made her happy in home hospice. Her sister-in-law described me as the love of her life. Now I miss her shamelessly. — Marc David Clark

Because of a genetic condition, I have macrocephaly: My head is much larger than most. Lucky for me, my girlfriend says that, between me and our Great Dane, she must love big heads. Unlucky for me, my head size is the least of my problems, some of which regularly threaten my health. Despite the risks I face, I love the freedom of scooters, bikes and roller skates. My girlfriend worries. One day, she came home with a very big box: a helmet. When it fit, my head was safely secured, but my girlfriend’s grin could not be contained. — Emma Margraf

When Dwayne and I met, he had a short, tidy beard. I encouraged him to up the ante, and now his beard is a thing of beauty — one of his most recognizable features. Although humans are impressively skilled at recognizing faces, the loss of context, like seeing someone outside of their usual setting, can delay recognition. Twice, I’ve been out and noticed a man with a giant salt-and-pepper beard walking toward me and thought, Dang! He’s hot — only to realize he’s mine. In those moments lies the thrill of knowing I would choose Dwayne all over again. — Sara Kinninmont

Marianne Williamson: A Politico or Apolitical?

Where Can I Find a Stylish Winter Boot?

Is Interning for an Influencer Worth It?

A Library the Internet Can’t Get Enough Of

Can a Gay Cruise Keep 5,500 People Safe Amid Covid?

Love Letter: Moving On Without Moving Out

My Daughter’s Married Boyfriend Shouldn’t Join Us on Vacation, Right?

Where Adventurous Gardeners Buy Their Seeds

Contouring Is Back. It’s Not What You Remember.