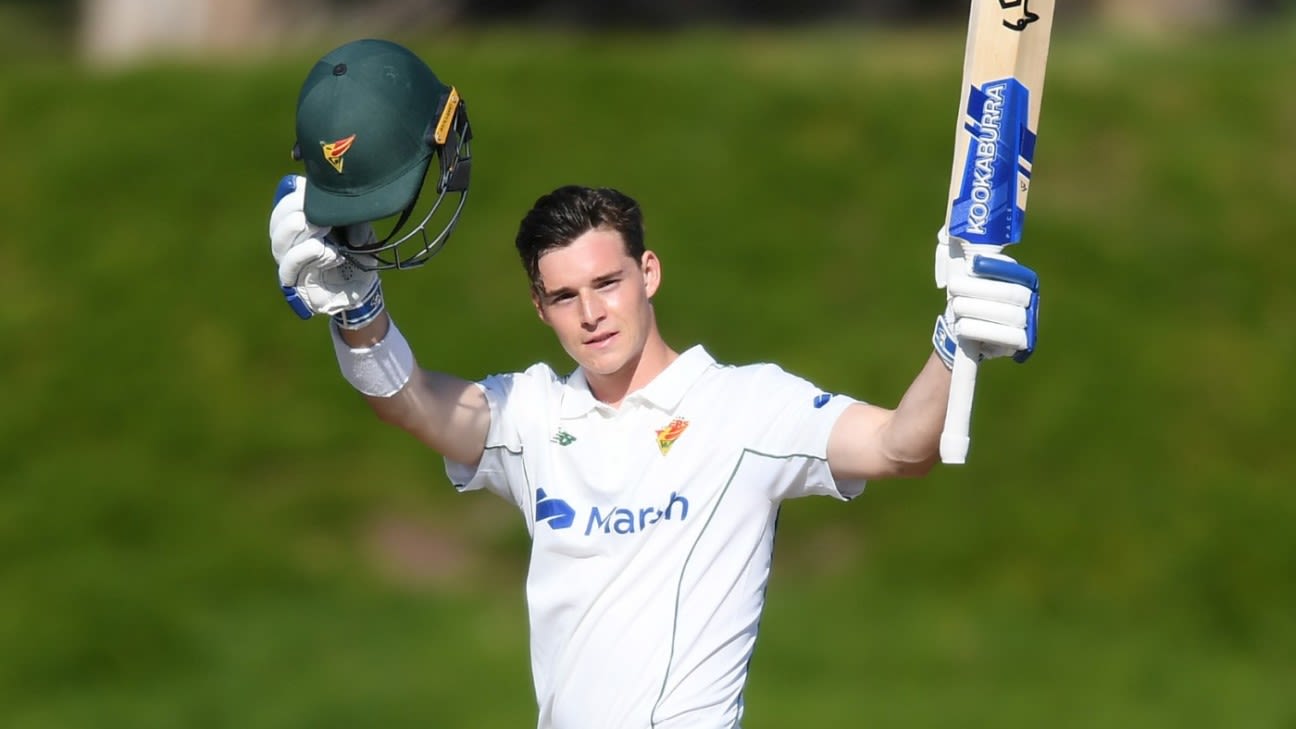 Opener Tim Ward produced a classy maiden Sheffield Shield century to put Tasmania in control on the opening day of their rescheduled clash with Queensland in Adelaide.

Ward, playing just his second first-class match, batted through the day on another very benign Karen Rolton Oval pitch to finish unbeaten on 126 from 270 balls.

The 23-year-old was well supported by Charlie Wakim (62) and Ben McDermott (71), sharing century stands with both men. Ward’s patience and discipline were a feature of his play. He struck 17 boundaries and took 219 balls to reach three figures, bringing up the milestone with a cracking pull shot off Michael Neser off the first delivery with the second new ball.

The pitch offered little assistance for the experienced Bulls attack. Tasmania assisted their opponents in all three wickets that fell. Caleb Jewell was the only one in the Tigers’ top four to miss out, caught at third slip for 10 trying to drive a wide delivery from Neser on the up in the first hour.

Wakim cruised to his half-century only to clip a leg-stump half-volley from Mark Steketee straight to Marnus Labuschagne at square leg. McDermott took 25 balls to get off the mark but eventually settled striking eight fours and two powerful sixes. He passed 50 for the 8th time in his last 14 Shield innings but once again failed to add to his lone Shield century, holing out to fine leg off Steketee with just four overs left in the day.

This match was moved to Adelaide after the original fixture in Brisbane was postponed due to a Covid-19 outbreak in the city.