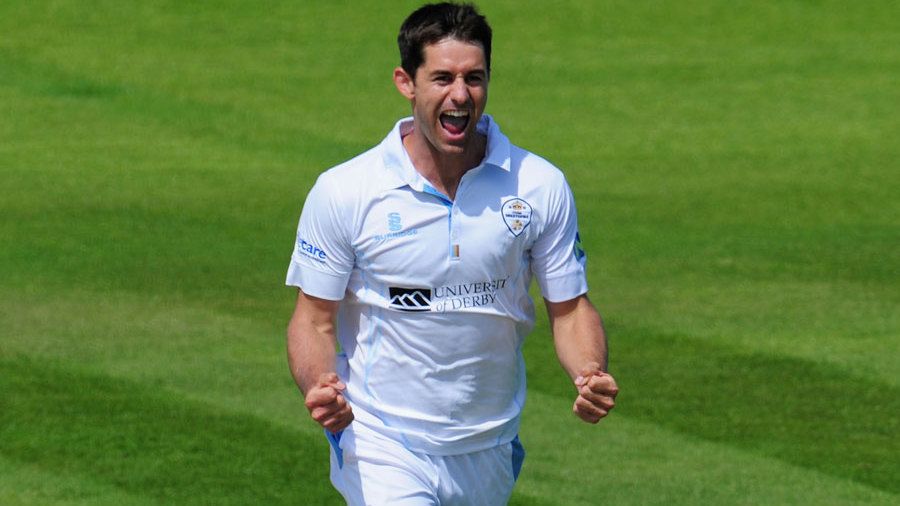 Tim Groenewald has called time on a 15-year professional career by announcing that he will retire from professional cricket with immediate effect.

Groenewald, 37, had surgery on his knee in April and said that despite “amazing support” from Kent’s medical staff, his recovery has not been sufficient for him to resume his playing career.

Born in South Africa – and educated at the Maritzburg College in Natal, the same school as Kevin Pietersen – Groenewald juggled his early county career with winters back home but he made a breakthrough in 2006, making debuts for Warwickshire in all three formats, and played for the club as a non-overseas player thanks to his English mother.

He left for Derbyshire at the end of the 2008 season where he quickly became an integral part of their bowling attack across formats, and took 42 wickets in their promotion season in 2012. He led the attack in Division One but turned down the opportunity to extend his contract and joined Somerset on loan in 2014 as a precursor to a permanent move.
He became a fan favourite at Taunton, not only for his whole-hearted efforts with the ball but also for his knack of playing match-winning innings with the bat, dragging them to famous one-wicket wins against Surrey in the Championship and Gloucestershire in the Royal London Cup in 2016, with Jack Leach and Jamie Overton for company respectively.

Groenewald joined Kent on a permanent deal ahead of the 2020 season and took seven wickets in his nine appearances for the club. Paul Downton, their managing director, confirmed that he would stay with the club in a coaching capacity until the end of the season.

“I feel privileged to have played professional cricket for 16 years,” Groenewald said. “I will always be extremely grateful to the clubs I’ve represented and the opportunities they have afforded me. I’ve made some lifelong friends and memories along the way and will cherish those forever.”

Groenewald retires with 625 career wickets, 403 of which came in first-class cricket at an average of 29.53, with 16 five-wicket hauls. While England Lions selection eluded him, he was part of the North v South series in the UAE in early 2017 after earning a spot through his performances in the Royal London Cup.