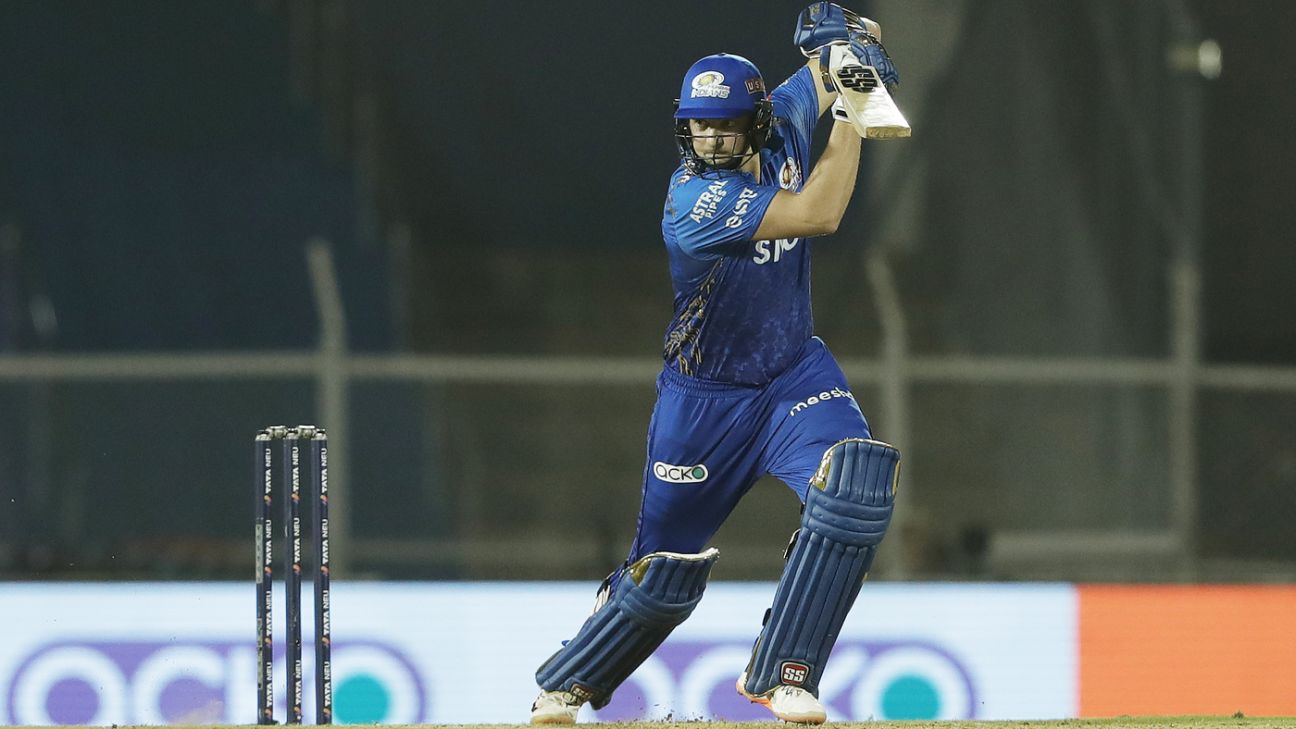 David had made his debut for Australia just a month earlier – he had earlier turned out for Singapore in 14 T20Is – but such was potential that the management believed he warranted a place in the starting XI for Australia’s title defence.

They failed to make it to the semi-finals, but the selection of David was in itself an indication of the direction the game is travelling in. David has never played a first-class match and is the first man this century to be picked for the Australia national team without either a state or a national contract.

To date, he has played for ten teams in T20 leagues around the world, including the IPL, PSL, BBL and the Hundred. In the IPL this year, 16 of the 86 balls he faced for Mumbai Indians went the distance. That’s some way to go about repaying the INR 8.25 crore he was sold for at the auction.
On Thursday evening, he made his debut in the world of T10. That it was his innings that helped Delhi Bulls to victory in their opening game against Northern Warriors in Season 6 of the Abu Dhabi T10 came as no surprise.

It is a format that suits him to the tee. “Yeah for me, it’s a similar tempo to T20 to be fair,” said David. “There’s maybe a bit more clarity in that once you get in, you’re trying to hit every ball for six. It probably doesn’t get much more complicated than that.”

Dwayne Bravo‘s Bulls fell short last year at the final hurdle, but now they possess one of the world’s most destructive batters and Thursday was a potent reminder of what the David can do.

“It was a great experience to be a part of a World Cup at home and it was brutal. We might not have been at our 100% best but we didn’t do a great deal wrong and we ended up getting knocked out.”

It’s somewhat remarkable to think that it was only last summer when David had his first experience with an overseas franchise and after the Bulls’ victory in the second game of a triple-header on Thursday, he credited his breadth and depth of experience across the global franchise circuit for his dramatic rise.

“I’m in a good place with my game. The IPL was great for my confidence,” the 26-year-old said. “You build a skill base of being able to start off with a new group which is obviously important on the franchise circuit as you’re always meeting new faces. You get to rub shoulders with some of the best players around and share ideas and pick things up from each other.”

With Kieron Pollard calling time on his IPL career, David is perhaps in pole position to be his replacement at Mumbai, but for now his focus is on adding the T10 title to his CV.

The past year or so has confirmed his status as a genuine power-hitter and now that he’s had that taste of playing for Australia at a major tournament, he’s keen to ensure that the opportunity comes again.

“It was a great experience to be a part of a World Cup at home and it was brutal. We might not have been at our 100% best but we didn’t do a great deal wrong and we ended up getting knocked out,” said David.

And for all his know-how in the franchise free market, David admitted that wearing the Australia colours added a whole new dimension to the game that even he couldn’t explain.

“It’s definitely different to playing franchise cricket. It’s hard to put a pin on what exactly is different. T20 is a real inconsistent game and when you’re playing for your country, you want to win every game, so that’s one of the toughest parts,” said David.

The story of Tim David is well known and undoubtedly different to the conventional pathway. He is the ultimate globe-trotting freelancer who has seized his opportunity and continues to do so. And as the landscape of the sport continues to evolve towards the shorter formats, David perhaps knows that he is ahead of the curve.

Aadam Patel is a freelance sports reporter who has written for BBC Sport, the Daily Mail, ESPNcricinfo, the Cricketer and other publications @aadamp9

Hain returns to his roots with Brisbane Heat deal

Pat Cummins: There are no cowards in the Australian team

Brendon McCullum: ‘We’ll be pushing for results. If we get outplayed, that’s okay’