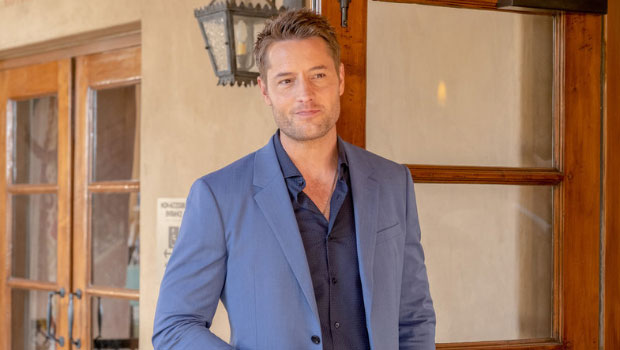 Kevin Pearson’s love life has always been complicated on This Is Us. The April 26 episode revealed his true soulmate. The entire episode left us dangling by a thread as Kevin contemplated his romantic future. From Sophie to Cassidy to a new woman named Ariel, Kevin certainly had his hands full.

When Sophie shows up for Kate and Philip’s wedding weekend, Kevin can’t take his eyes off of her. Rebecca asks Sophie how she and Kevin are handling college and the long distance. Sophie doesn’t bring up that she and Kevin haven’t been in college for a very long time.

After her luggage gets lost at the airport, Kevin offers to help Sophie grab something to wear to the wedding. On the way, they get a chance to catch up. Sophie reveals that she’s now working as a traveling nurse — and she’s divorced.

‘This Is Us’ Season 6 Premiere: Mandy Moore, Milo Ventimiglia & Cast On The Red Carpet

Sophie and Kevin return to the hotel and begin to kiss when they get inside his hotel room. During their passionate makeout session, Kevin mentions that Sophie’s hair smells the same. This triggers something in Sophie. She admits that she wants him to like how her hair smells now, not how it smelled in the past.

Sophie and Kevin both acknowledge that they have never known how to quit each other. There’s decades of history between them. Sophie doesn’t want to go backward. She quickly bolts from the room.

‘This Is Us’ Season 6: First Trailer For The Final Season Revealed & Everything Else To Know

Later, Rebecca sits down with Sophie. Thinking that they are years in the past, Rebecca tells Sophie that the timing’s just off between them. “When the timing is right, he’s gonna be so great,” Rebecca says. Meanwhile, Kevin is second-guessing himself. He doesn’t want to hurt Sophie again. Randall tells Kevin that he’s not going to screw things up this time.

Sophie & Kevin Are Together Again

The timing is finally right for Kevin and Sophie. Sophie makes her big declaration to Kevin, noting that they’re the best versions of each other now. “I need you to love me for the woman that I am now, not the woman that I was,” Sophie says.

Kevin pulls out the valentine he wrote all those years ago. It’s addressed to Sophie. “I’ve always carried you with me, Soph,” Kevin says. They kiss and everyone claps. Kevin is finally with the woman he’s always been destined to be with: Sophie.