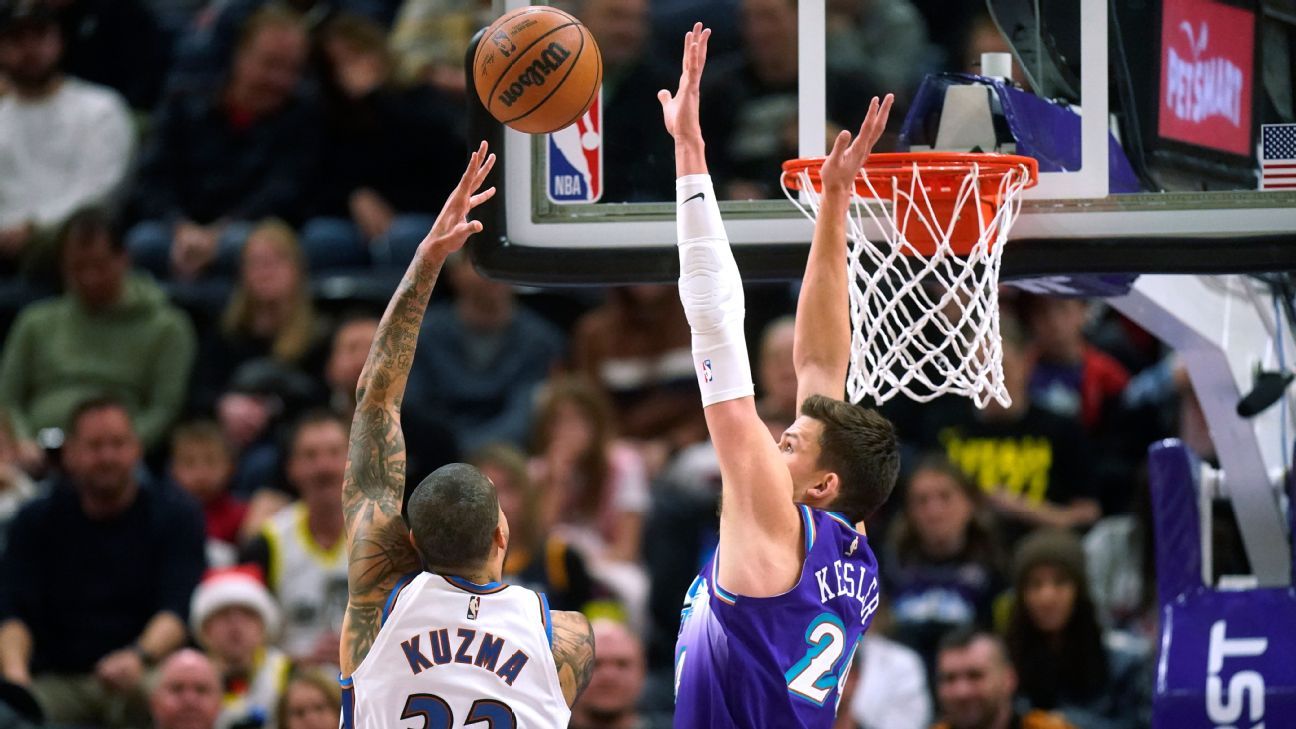 Every season in the NBA, there are players that for whatever reason are overlooked no matter how well they play. Whether they’re on smaller market teams or on rosters where superstars get all the attention, these players just don’t get enough shine.

I keep talking about Kessler because I think he’s on the verge of becoming so valuable, and he remains available in 88% of ESPN leagues! In roto, it’s about the blocked shots. He’s top 5 in blocks despite a lot fewer minutes than other leaders. In points formats, Kessler is averaging 27.8 fantasy points per game over the past 30 days, better in that span than many far more popular centers, including Jonas Valanciunas, Al Horford, Bobby Portis, Bol Bol and Ivica Zubac. I remain confident that Kessler will soon develop into the Western Conference version of Atlanta’s Clint Capela.” — Karabell

There’s still time to play Fantasy Basketball this season! With leagues tipping off every Monday, it’s the perfect time to get started. Create or join a league today.

Play for free! | “Not Too Late” draft guide

Note the diversified ramp-up in Sochan recent box scores. But because Sochan’s a low-usage multicategorical producer who does a little of everything, his uptick is flying under the collective radar. There’s some rookie evolution happening here. The minutes are building. Never forget the Spurs have a rich history of amplifying the fantasy value of young players as they learn the ropes of their system.

If you want a low-risk, medium-upside riser that could stick on your roster for the duration? Oklahoma City is always a solid team to scout. Any player on the Thunder whose minutes creep above the 25.0 MPG barrier bears watching. Worried about’ inconsistent shooting displays a la last night (2-for-8)? Those four assists, five steals, and block should tide you over. Worried about Shai Gilgeous-Alexander returning and ending Willliams’ current run? Remember that SGA is a top-3 shutdown candidate due to OKC’s eternal quest for additional ping-pong balls. — Cregan

Hayes is the permanent fixture at point guard for the Pistons this season with Cade Cunningham out, and he has a consistent all-around game that makes him a nightly potential play. He’s also shown signs of upside beyond that of a fantasy role player. In his last game before his altercation last week, he posted an 18-point/10-assist double-double with 5 rebounds and 4 3-pointers. Two weeks before, he dropped a season-high 25 points with 8 assists, 7 rebounds and 5 3-pointers. A week before that, he dished a season-high 12 assists to go with 17 points, 6 rebounds, 2 steals and 1 3-pointer. Bottom line: Hayes is a consistent low-volume, multi-category threat that should get starter minutes for the rest of the season with young, lottery-pick upside to potentially pop.

Quickley is currently a productive sixth-man that has shown legit fantasy star potential if/when he gets starter minutes. In his last eight games, five of which were starts with various teammates injured, Quickley has averaged 19.9 PPG, 4.9 APG, 3.8 RPG, 3.4 3PG and 0.9 SPG. In his three starts with Jalen Brunson injured last week, he had a 15-assist double-double, followed by a 36/7/7 and a 27/5/7 in consecutive games. He’s productive as an offensive spark plug off the bench, but if the Knicks were to call on the 23-year old to start at any point this season he becomes a break-the-glass star in waiting. — Snellings

Bryant immediately comes to mind. I have Anthony Davis on a number of rosters, and Bryant is an invaluable player for those teams. Davis’ injury history and uncertainty about his return have led to Bryant filling that void for those fantasy teams. Over his last four games, he has averaged 17.3 points and 12.5 rebounds. Another player I’m very high on is Duren. The rookie has played very well since entering the starting lineup for the Pistons. In the last 14 games, he has averaged 9.0 points and 11.5 rebounds. — Moody

Minnesota’s Jaden McDaniels is one of just two players ranked in the top 75 on the Player Rater for the season rostered in fewer than 30% of leagues, joining New Orleans’ Trey Murphy III. He joins Shai Gilgeous-Alexander as the lone non-centers in the league averaging at least one block and one steal, with Joel Embiid and Kristaps Porzingis as the only players also doing so this season. If you can look past the modest offensive offerings, McDaniels is delivering prime Robert Covington-like production. Another name worthy of more attention is Thomas Bryant of the Lakers, who has posted 16 points and 13 boards per game over the past week and should thrive as the main roll man in an offense driven by LeBron James and Russell Westbrook. — McCormick

What happened on controversial calls