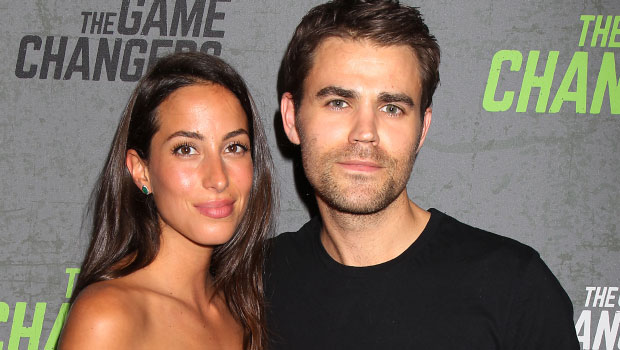 Paul Wesley is on his way to being single again. A rep for The Vampire Diaries icon, 40, reportedly confirmed that he has split from his wife of three years, Anita Ko Jewelry professional Ines de Ramon, 29 — and they’ve been apart for some time.  “A rep for PW and IR has confirmed that they have separated,” a statement to PEOPLE read. “The decision to separate is mutual and occurred 5 months ago. They request privacy at this time.”

Paul and Inez first set rumors swirling back in June 2018, when they were caught holding hands in New York after a romantic dinner date. They removed any doubt when Paul took to Instagram to make it official the following month in July. He posted a pic of himself with his new lady at a wedding in tony Montauk, alongside BFF and former costar Nina Dobrev and pal Jessica Szohr.

Fast forward to February of 2019, and the couple appeared to be more than serious, as they were seen rocking what appeared to be matching wedding rings, again in New York. By June, Nina was casually referring to Ines as Paul’s “wife.” “We hang out a lot,” the Love Hard actress said during a 2019 appearance on the Directionally Challenged podcast, per PEOPLE. “We’re really good friends. I love his wife. It’s so funny how time changes everything because I never thought he would be one of my best friends,” she said.

Finally, Ines confirmed what was becoming increasingly obvious by posting a throwback wedding photo of the secret ceremony to her Instagram account for their anniversary. She wore a lovely white dress as she kissed her new husband on the beach in the revealing July 23, 2020 post. The couple reportedly shared a rescue dog named Gregory.

His union with Ines was not Paul’s first marriage. He previously married Beautiful People actress and former fashion model Torrey DeVitto in 2011. They split in July 2013 and their divorce was finalized later that year, in December.

‘The Vampire Diaries’ Cast: Where Are They Now? — See Photos Of Nina Dobrev & More