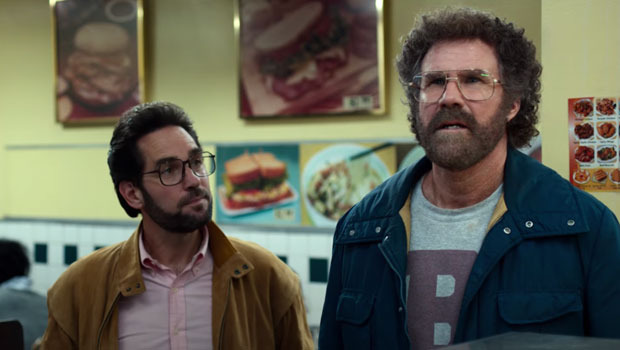 Behold, true crime fans, another drama-thriller series is on the way! Based on the hit podcast of the same name, ‘The Shrink Next Door’ shows what goes amiss when you lean on the wrong person for help.

The trailer for The Shrink Next Door inspires curiosity on first watch, with an intriguing 1908s setting, Billy Joel’s “My Life” playing in the background, and a cast of characters typically known for their comedic chops. But somewhere along the way, viewers get a sense that something’s awry, and they may wonder what’s in store for the upcoming AppleTV+ dark comedy that’s a little more dark than comedy.

Based on journalist Joe Nocera’s popular Wondery podcast of the same name, The Shrink Next Door is inspired by true events, exploring the bizarre relationship between psychiatrist and patient that ultimately spins out of boundary-pushing control. Anchorman actors Will Ferrell and Paul Rudd reunite for the limited series which features Will as Martin “Marty” Markowitz, an Ivy League-educated textile company boss who seeks therapeutic help from the magnetic “psychiatrist to the stars” Dr. Isaac “Ike” Herschkopf, played by Paul.

Set in the early ’80s, the story reveals an exploitive doctor-patient dynamic, rife with manipulation and power grabs. Dr. Herschkopf’s charismatic ways ultimately enable him to slowly infiltrate Marty’s life, moving into his Hamptons summer home and eventually taking over his family business.

‘The Shrink Next Door’ Background Information

The show is coming soon, to be released on November 12, 2021 on the AppleTV+ streaming service. Will and Paul served as executive producers while comedian/actor/writer Michael Showalter (The Big Sick) directed the project. Multi-award-winning British comedy writer Georgia Pritchett, who’s worked on some of the best TV shows in recent years (Succession, Veep), penned the series, which is set to run for eight episodes.

Speaking with Entertainment Weekly, Will talked about meeting the real life Marty, sharing how surprised he was  that the man he was portraying was so open about bringing his story to the screen. “[W]hen we sat down with him, he was just literally an open book and allowed us to have access to him whenever we needed to call him up again or send him an email,” Will shared. “But there was never any, ‘Make sure you portray me in a certain way,’ or ‘Do this, or do that.’ He was just very open to answering any and every question that we had for him.”

When speaking with Entertainment Weekly, Will reflected on “the thing that intrigued [him] the most,” considering the premise of the podcast. “[Y]our initial reaction is, ‘Oh, that would never happen to me. There’s no way I would fall under the spell of a therapist and give over my entire life to them.’ And then you start digging in and you see the death by a thousand cuts of, ‘Oh, no, I now see how that could happen to me.’”

Paul also discussed his taking on a different type of character vs. what he’s done before, excited by the idea of playing someone who has more of an edge. “The idea that these characters were real people – it was a real story – but they were also interesting people and an interesting story and [it was] a different kind of character for me to play,” he told the outlet.

Will and Paul also discussed the ending of the series, which had to be taken into account while shooting considering certain findings that were happening in real time. As Bloomberg reported in April, Dr. Herschkopf was found to have violated “minimal acceptable standards of care in the psychotherapeutic relationship” and was subsequently forced to surrender his license to practice in New York. “[E]verything went down near the end of production,” Paul said, noting that production “talked about it,” but didn’t dwell on how they would adjust. “I guess the final episode is where it would have changed things the most.,” added Will. “But I think they’ll figure out a way to comment on what eventually happened between the two.”