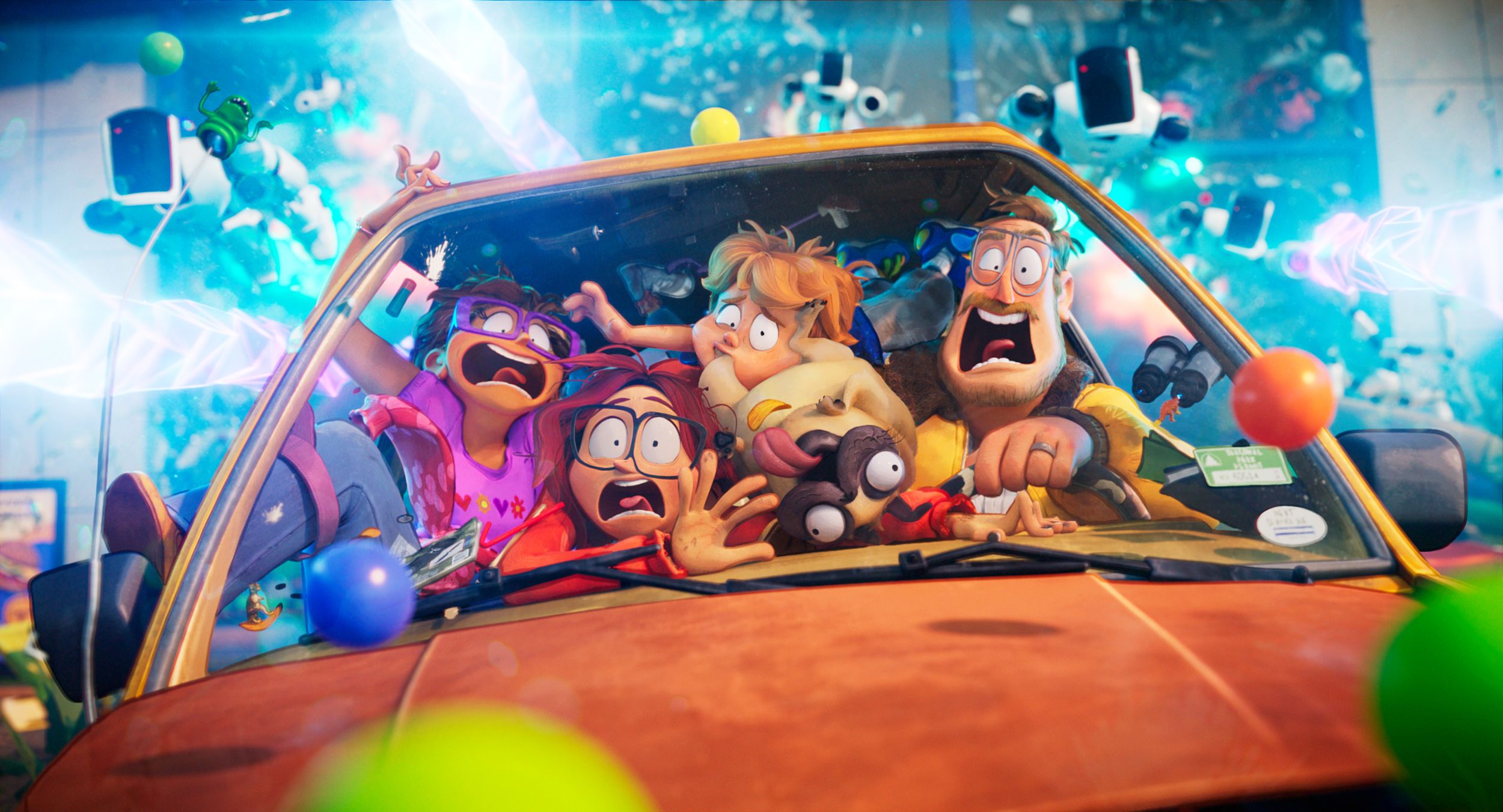 Just in time for the holidays, The Mitchells vs. the Machines is heading our way on digital, DVD and Blu-ray. Cozy up this season and root for the Mitchells, the quirky, dysfunctional family whose road trip is upended when they find themselves in the middle of the robot apocalypse and suddenly become humanity’s unlikeliest last hope. The raucous cast includes Danny McBride, Abbi Jacobson, Maya Rudolph, Fred Armisen, Eric Andre, Conan O’Brien and more!

An old school father and his plugged-in, filmmaker daughter struggle to relate as their family embarks on a road trip to her new college. Their drive is interrupted by a machine apocalypse that threatens to tear these unlikely heroes apart unless they can find a way to join forces and save humanity.

• Katie’s Cabinet of Forgotten Wonders: Take a rare look inside Katie Mitchell’s filmmaking process as she gives you an exclusive look into how the movie was made.

• The Mitchells Vs. The Machines: Or How a Group of Passionate Weirdos Made a Big Animated Movie: Go inside the story of The Mitchells vs the Machines and meet a group of first-time filmmakers & talented cast who banded together to take a collective risk on making a unique, original, and totally off-the-wall film about an everyday, epic, world-saving family!

• How To Make Sock Puppets: Katie Mitchell opens the door to her film school. Learn how to make sock puppets who could be extras in your next short film!

• How To Make Katie Face Cupcakes: Enjoy making cupcakes only a mother could love.

• 8 Bonus Scenes: Get more Mitchells with over 20 minutes of Deleted & Extended Scenes.

Directed By: Mike Rianda (Gravity Falls, Everybody Dies in 90 Seconds)

U.S. Rating: PG for action and some language

Netflix hit The Mitchells vs. the Machines will be hitting the shelves on Digital, Blu-ray & DVD December 14.

Autumn Road is a new indie horror movie with Halloween flavor that is now available to watch on VOD platforms.