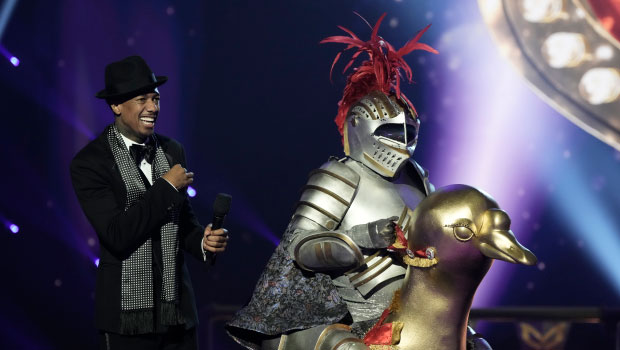 Spoiler alert! The Masked Singer is back, and one of the most beloved TV legends of all time was unveiled as the Knight during the season 8 premiere. HollywoodLife spoke EXCLUSIVELY about the one and only William Shatner about why he wanted to do the show right now.

“Well, it’s a very popular show, and I’ve got a lot of things going on. I thought it would give me the opportunity to do the show. It’s a fun show, worthwhile doing in itself, but it also gives me the opportunity to talk to you and tell you I’ve got a book coming out, a series that I do called The UnXplained. It’s got a new season coming out. There’s a watch that I designed coming out, two documentaries, another album, so it’s an opportunity to mention that a lot of stuff I’m doing is coming out in the next month or two. The show is a wonderful springboard to give you an example of the fun we can have with the stuff that’s coming along,” William said.

William dressed as the Knight, a costume that included silver armor and a golden goose. The best part about the costume? “When I got out of it, it was so peaceful,” William quipped.

The Star Trek actor was brutally honest about how the costume wasn’t too easy to perform in. “The costume was an absolute horror to perform in,” William quipped. “I couldn’t see out of it, couldn’t feel, couldn’t move, [it was] heavy, and no air inside. It was a hazard. As I understand it, I had a buddy who went on some months ago and he said it was the first experience of his life in being that you work on the song without the costume, you get it down, but then when you put the costume on everything changes.”

He continued, “It was ridiculous. I mean, it was designed to impede you. It was designed by a devilish designer whose only ambition was to make sure the actor inside couldn’t breathe.”

At 91, William is busier than ever. “I just love what I’m doing. Doing this show, for example, there was a great deal of fun in its hardship,” he told HollywoodLife. “It’s unique and you leave it saying I’ve never experienced anything like that in my life. It’s a whole new story. It was definitely difficult to perform in all of it, but if it gets some attention, then mission accomplished.” The Masked Singer airs Wednesdays on FOX.

William Shatner’s Kids: Everything To Know About His 3 Children & Their Mom