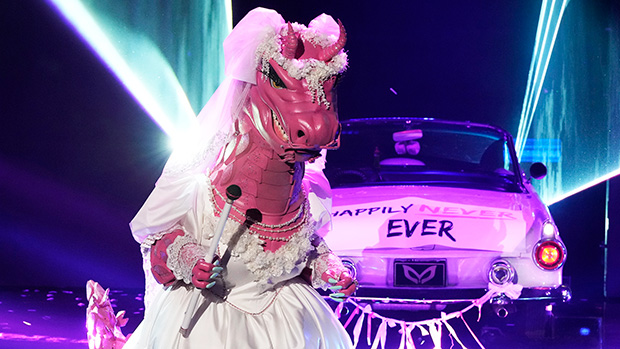 The Masked Singer is taking on comedy in the November 16 episode, and Ken Jeong certainly has a funny guess for Bride. In this EXCLUSIVE preview, Ken reveals why he thinks Bride is none other than Matthew McConaughey.

Ken goes through the list of clues to try and explain why he believes the True Detective alum is underneath the Bride mask. Ken’s explanation isn’t exactly the most convincing argument for the rest of the panelists. “That’s so silly,” Jenny McCarthy says. Nicole Scherzinger gets a good laugh out of Ken’s guess.

Even Bride gets a kick out of Ken’s guess. “That is an honor amongst honors, Mr. Ken Jeong. Thank you,” Bride tells Ken about being compared to the How To Lose A Guy In 10 Days star.

During the November 16 episode, the panelists will roast one another as two new characters enter the competition. Drew Carey and Jon Lovitz will make special appearances on stage. At the end of the night, there will be another double elimination.

The week of Thanksgiving will feature a double dose of The Masked Singer. The series will have two all-new episodes on back-to-back nights. The first episode will air at its usual time of 8 p.m. on Wednesday, November 25. The Thanksgiving-themed semi-finals will air on November 24.