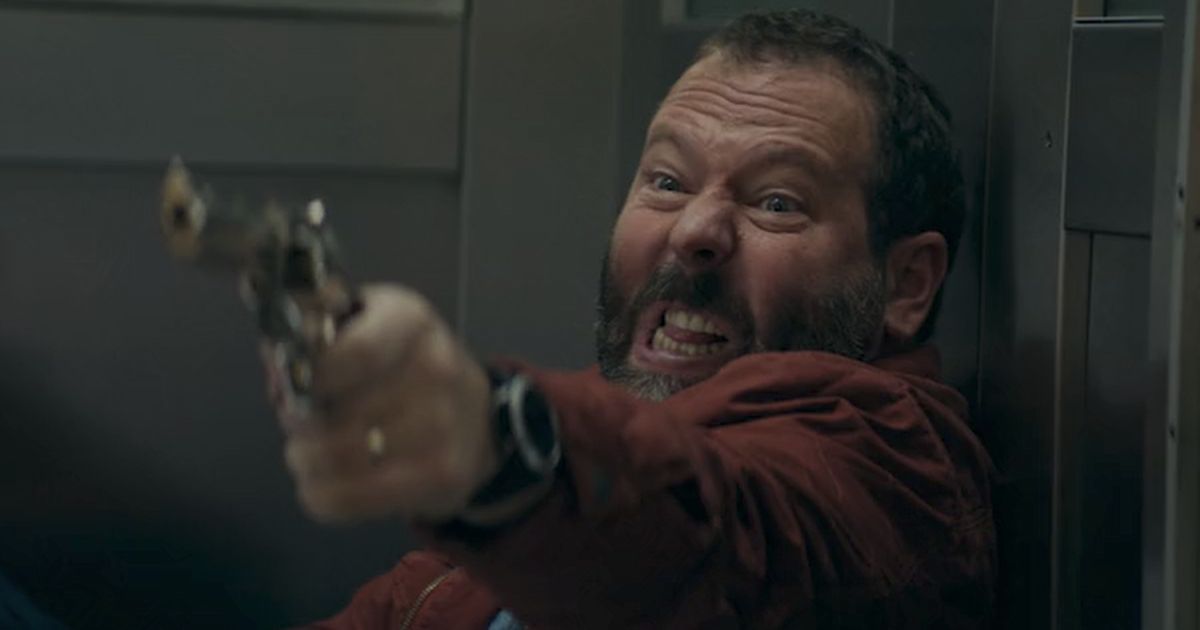 Love him or hate him, Bert Kreischer‘s success cannot be understated. Kreischer initially rose to prominence through his partying antics and stand-up storytelling, culminating in his most famous routine, “The Machine.” Easily his most popular work, the story starts with him accidentally attending a Russian-language class and ends with him inadvertently helping the Russian mafia rob a train. The bare-chested comedian has since earned two Netflix stand-up specials plus his own dedicated series on the streaming service, The Cabin with Bert Kreischer.

Now, in collaboration with director Peter Atencio and co-star Mark Hamill, we can see Kreischer’s bizarre story come to life in The Machine, an upcoming film produced by Legendary Pictures. Atencio has a history of working with comedic actors, being a consistent director on the Key and Peele sketch show, in addition to directing the duo’s feature film debut, Keanu.

Set in the modern day, Kreischer plays himself as the Russian mob re-enters his life years after his train incident, with his father’s life now in the hands of those he wronged. Here’s a breakdown of the film’s latest red-band teaser trailer.

We start with a blissful, if not a slightly somber, piano ballad. The camera fades in to reveal a close-up of a woman’s face (Iva Babic) as she clasps something in her hand. She remarks that her father “was no criminal,” implying that he suffered a drastic change in character. Fade out, fade in. We’re in a new setting: an isolated train car. The deep aqua and greens that surrounded her have now turned to sunny oranges, contrasted by deep black shadows. Maybe it was a more innocent time.

A man (Brian Caspe) is seen in the train car, sitting idly before a pair of thugs approach him. One of them is shirtless, likely a younger Bert Kreischer (Jimmy Tatro). The other thug points a gun at the sitting man before his luggage is sifted through, producing a golden locket.

Throughout all this, the woman continues: “You stole the only thing he ever cared about.” Kreischer apologizes before we get one last close-up on the man. A flash of white ages him twenty years as he pulls away an oxygen mask, his visage now lit in a sinister red. So far, the film has utilized a color scheme similar to that of John Wick, with darker, vibrant colors highlighting a world of criminal activity.

Cutting away, we see an insanely-buff man (Robert Maaser) walking down the steps from what appears to be a hotel or club. An immense structure lit up by more crimson lights in the dead of night. The woman continues. When Kreischer stole the locket, it made her dad say, “f**k honest living,” quickly followed by a wide shot of a young Kreischer mid-celebration. From there, we get a quick glimpse at Albert Kreischer (Mark Hamill), whose role in the story is hinted at by further narration: “If you want respect, you have to take it. From there, he built our family.”

It’s revealed that the woman was speaking directly to a modern-day Kreischer. The two are riding a train, similar to the one robbed at the start of the trailer. Kreischer, glum and clearly shocked by the words spoken to him, makes a succinct realization: “Oh my god. I’m your origin story.”

Cue the title card. The somber piano has now been replaced by a more traditional brass section, blaring out a Russian-themed anthem as the words “The Machine” come into view. Until this point, the entire trailer has taken on a grim, serious tone. However, once Kreischer himself hits the scene, the mood is immediately lifted, indicating that the film will be more of an action-comedy than a straightforward revenge movie.

The trailer culminates in an action montage, hinting at some sequences we’ll be treated to in the full film: the woman slams the table, bouncing an emptied bottle of alcohol; Kreischer fires off a revolver at what might be a member of the mob with his dad in tow; Kreischer punches out a tile in a brightly colored wall; as Kreischer runs through a set of woods, a nearby tree explodes from gunfire. Throughout, Kreischer is still wearing the same outfit, implying that all of these events take place within a relatively short amount of time.

Bert Kreischer Is The Machine

Concluding the trailer is another comedy scene — somehow, the woman from earlier and Kreischer end up in a dilapidated home with a blade embedded in her leg. When Kreischer removes the blade, she exclaims that she’s going to be sick. Unfortunately, so is Kreischer.

He pleads with her not to throw up before doing so himself, covering his mouth with his hand in a vain attempt to stop. He apologizes profusely before stuffing some of the bile in his pocket. When she asks why, all Kreischer can muster is: “I don’t know where to put it.”

Little is known about the film’s upcoming release. Kreischer initially spoke about the movie in 2021 on his podcast 2 Bears, 1 Cave, where he was hopeful for a theatrical release sometime that year. However, seeing as how the teaser for the film has only just recently come out, a release date of 2023 is more likely. This will be Kreischer’s first role in a feature film.