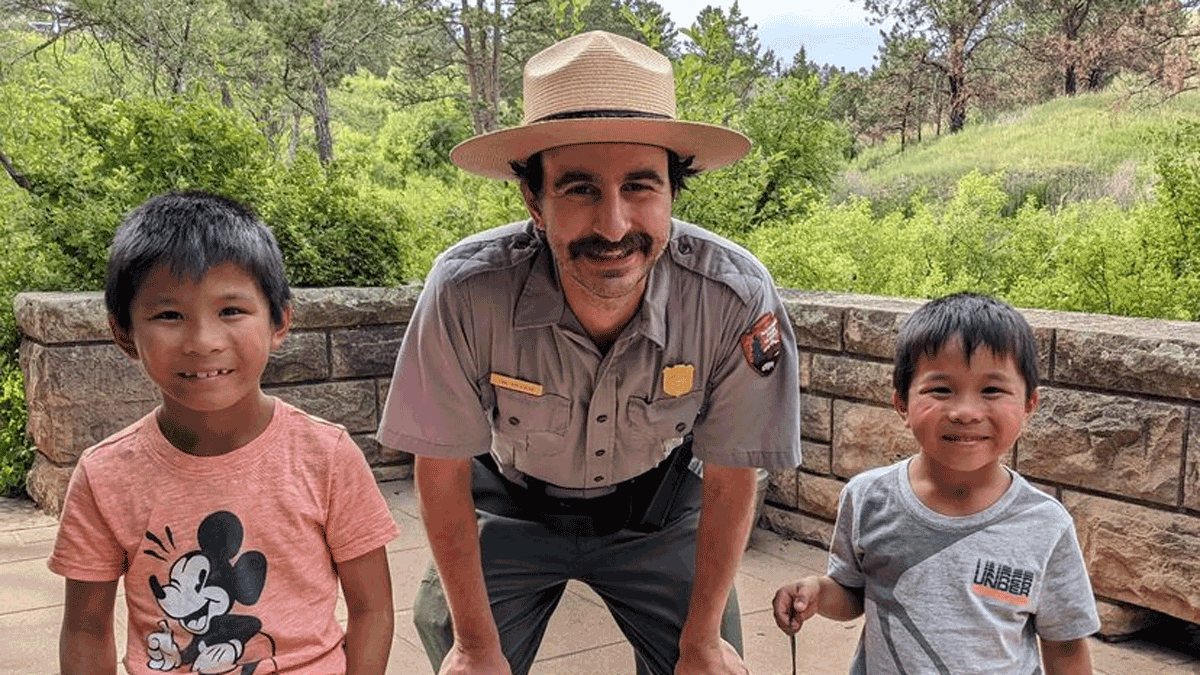 18. LOUISIANA: Jean Lafitte National Historical Park & Preserve—New Orleans, LA
A visit to the culturally-rich city of New Orleans will yield endless tales of adventure and characters that seem to step out of an adventure novel. Jean Lafitte, a French pirate and privateer, is one of them. This park that bears his name pays homage to the diversity of the early Acadians—who later became known as Cajuns—who lived, fought, cooked and danced here.

19. MAINE: Katahdin Woods and Waters National Monument—Penobscot, ME
Imagine a woodsy wonderland that brings to mind Winnie the Pooh’s 100 Acre Woods, only this place is 87,000 acres. Designated in 2016, you can spend a lifetime exploring Kathdin’s rivers and streams, plants and forests and still not see it all.

20. MARYLAND: Harmony Hall—Prince George’s County, MD
While Maryland is the site of much of early American history, few places are quite as charming as Harmony Hall. Located on the Potomac River, it’s a 62.6-acre park with a gorgeous, 18th-century brick mansion you can explore. A great way to learn about Colonial history.

21. MASSACHUSETTS: Lowell National Historical Park—Lowell, MA
While Massachusetts, and specifically Boston, offer plenty in Colonial history as well, the smaller town of Lowell is famous for another era. Lowell National Historical Park is the site of some of the earliest water-powered textile mills, the same mills that launched the Industrial Revolution and changed the country’s economy. The city of Lowell is also the birthplace of Beat Generation author of On the Road, Jack Kerouac.

22. MICHIGAN: Keweenaw National Historical Park—Calumet, MI
Few folks make it up to the Keweenaw Peninsula, part of Michigan’s rugged Upper Peninsula on the shores of Lake Superior. Keweenaw Historical Park pays homage to the copper history of what locals call Copper Country. Here nearly 7000 years ago, Native Americans formed copper into tools and trade, and in the 1800s—before even California’s Gold Rush—the copper mining industry began to boom. Hear the stories of immigrants who settled here, many of them Finnish, and the rise and decline of the economy of this important part of the American story.

23. MINNESOTA: Pipestone National Monument—Pipestone, MN
The red pipestone quarries here have been in use for 3,000 years. Early Plains people came here to mine the stone for sacred pipes used for prayer. Still in use today, you can check out the stones, hike an easy trail to see the Quartzite Cliffs and view remaining petroglyphs.

24. MISSISSIPPI: Natchez National Historical Park—Natchez, MS
Visitors to Mississippi can’t miss the Delta and history of the blues but the town and park of Natchez should be on your radar, too. From early Europeans to African American enslavement to Civil Rights, this place has seen it all.

25. MISSOURI: The Oregon National Historic Trail—Independence, MO
The Oregon Trail actually spans seven states: Missouri, Kansas, Nebraska, Wyoming, Idaho, Washington and Oregon but the very beginning is in Independence, Missouri. Start exploring the National Historic Trail here, learning all about the path of Westward Expansion. Want to take on more of the Trail? Plan your route with this super-cool interactive map that shows sites along the way, including Independence’s other underrated National Park, the Harry S. Truman National Historic Site which features the 33rd president’s impressive historic home.

Private Island Vacation Rentals for When You Really Need to Escape

Here’s How You Can Renew Your Passport Online This Month

How to Get a Job Abroad Without Experience

A Culinary Adventure Awaits You in San Antonio

27 Farm Stays Every Family Should Experience

Unusual Things to do in Lisbon Portugal

The 21 Best Things to do in Bergen Right Now

How to Score Free Tickets to Over 1,000 Museums Nationwide in September