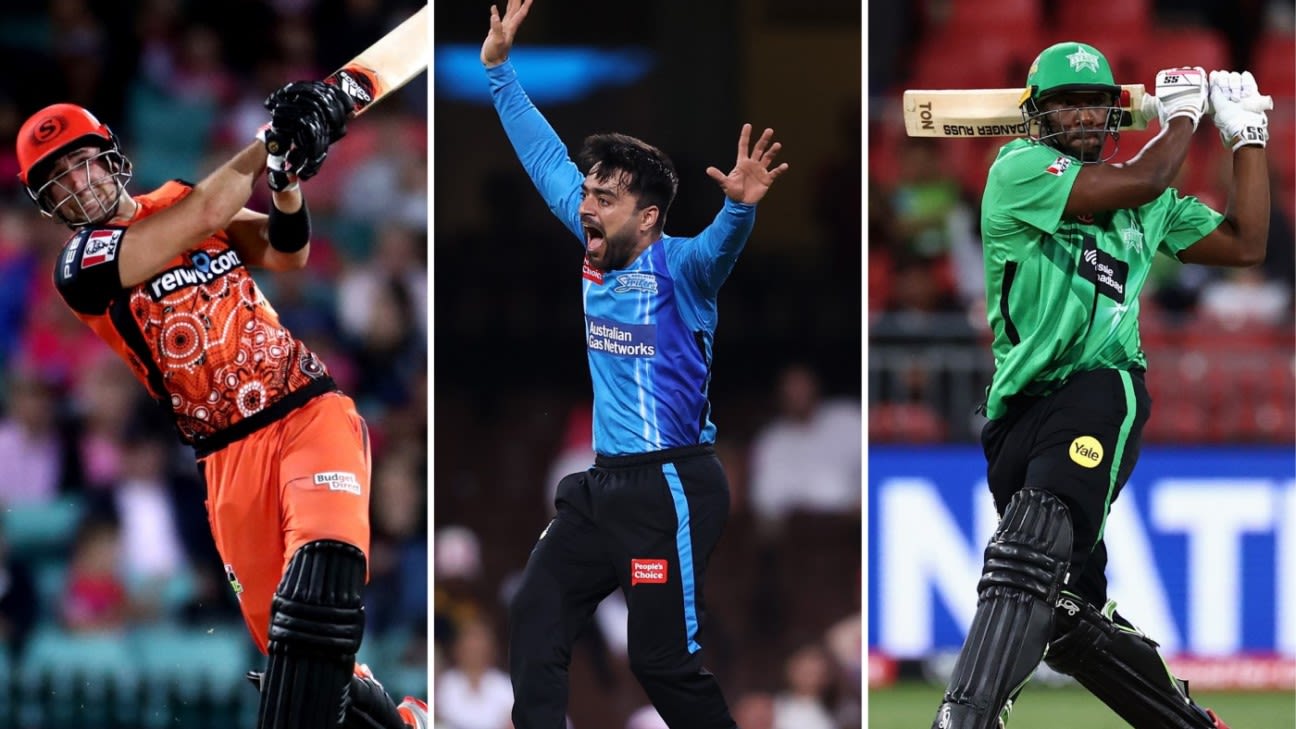 After two years of planning and delays caused by Covid-19 the BBL has finally unveiled an overseas player draft for the upcoming season. Here is everything you need to know.

What is the overseas draft?
BBL teams will no longer go out and search for their three overseas players privately. They will select a minimum of two or a maximum of three from a draft that will likely be held on a single day in August. The draft will only be for the overseas players. Domestic players will be contracted in the same way they always are.

How do overseas players nominate?
Players get to nominate their price category and their availability in terms of the number of games they can play. The BBL will once again be a 14-game season plus finals and CA are realistic that not all overseas will be available for the whole competition. There will be a nomination window between June and August. Players will be put into four categories: Platinum, Gold, Silver, and Bronze. The players themselves can choose to enter the Gold, Silver, or Bronze band. Platinum players will be decided by the BBL based off the nominations and will be paid an estimated $AUD340,000. A significant portion of that will sit outside the $AUD1.9 million salary cap, with Cricket Australia topping up the deal via a marquee payment. That money is a flat rate and will be paid regardless of whether the player makes themselves available for six games or for 14. There are no match payments in the BBL, as players are contracted with set retainers.

Gold players will earn approximately $AUD260,000, Silver $AUD175,000 and Bronze $AUD100,000. Like the Platinum category, a portion will be paid by the club inside the cap and CA will contribute a bonus outside the cap, but the proportion of marquee payments from CA are not consistent across the categories, with Platinum receiving a greater bonus than Bronze. The categories only relate to price, not to availability. So players can nominate to be available for the whole tournament in the Bronze category, or for half the tournament in the Platinum category. Their availability is their currency and teams will have to decide whether a Platinum player with limited availability is worth selecting.

What is the draft order?
There will be a weighted lottery to decide the order. The three teams who missed the finals last season – Melbourne Renegades, Brisbane Heat and Melbourne Stars – will enter a lottery for the first three draft picks. Renegades, who finished last, will get three chances to get the first draft pick, Heat two and Stars one. The order of the next five picks will be selected from a second pot featuring the finalists from last season. Again, the lottery will be weighted. Fifth-placed Hobart Hurricanes will get five chances to get the fourth pick, Sydney Thunder four, Adelaide Strikers three, Sydney Sixers two, and defending champions Perth Scorchers will get one. Picks five to eight will be drawn the same way. Once the order is established via the two weighted lotteries, the first two rounds of the draft will run in order from one to eight. Round three will run in reverse order, so team eight will get two selections in a row (notionally pick 16 and 17). Round four will run in normal order again. So team one will get two selections in a row (picks 24 and 25).

How does the draft work?
There will be four rounds of the draft with each team getting one pick per round. Clubs can pass if they don’t want to pick in certain rounds but must pick a minimum of two or a maximum of three players by the completion of round four. Round one is for Platinum players only. In round two, teams can pick Platinum or Gold players. In round three, teams can select Gold or Silver players. In round four, teams can pick Silver or Bronze players. Teams do not have to select a Platinum player.

Can overseas players who are currently connected with BBL clubs be retained?
Yes, they can. But only one. This could be coined the “Rashid Khan rule”. For example, Rashid has played his entire BBL career with Strikers but is almost certainly going to be a Platinum player and available to everyone in the first round. If Renegades get the first pick in the lottery and select Rashid, Strikers have the option to use their retention pick to keep him. Strikers would have to pay the same amount of money and they have to use their pick in the first round to retain him. Renegades would then get the opportunity to pick again. Players such as Mujeeb-Ur-Rahman at Heat, Alex Hales at Thunder and Haris Rauf at Stars could be retention picks given their strong links to the teams if they nominate in the draft.

Are there swapping of picks?
No, once the draft order is set, it will remain that way.

Are the list sizes the same?
Yes. Clubs will have contract lists of 18 players comprising of 15 domestic Australian players and three overseas, although teams can have 16 locals and a minimum of two overseas. Any replacement overseas players are on top of that.

What about uncontracted Australian players?
There is a possibility that Australian international players will be available for large portions of the upcoming BBL. Australia’s limited-overs specialists will be available for the first half of the tournament and could be there throughout if the three-match ODI series against South Africa scheduled for January 12-17 does not go ahead. Australia’s Test players will miss the first part of the tournament but will be available from January 9 at the conclusion of the Sydney Test against South Africa. Multi-format internationals like David Warner, Pat Cummins, Steven Smith, Mitchell Starc and Cameron Green are players who currently do not have BBL contracts with clubs. If they are available, and a club does not have a full list or needs an overseas replacement player, clubs can use the $50,000 replacement bonus, plus any space left in their salary cap, on Australian players to contract them for the back end of the tournament. This ensures that the farcical situation with Smith and Sixers last season will likely be avoided.

Will the overseas draft be televised?
The BBL is in discussion with rights holders Channel Seven and Foxtel about televising the draft. Should neither of those networks opt to show it, the draft will likely be streamed online.